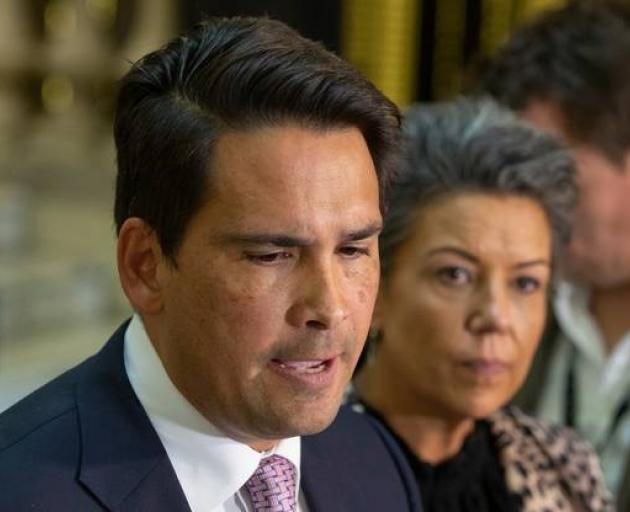 Simon Bridges
The person who National Leader Simon Bridges described as an "emotional junior staffer" after deleting a controversial petition has been revealed to be not so junior after all.

In fact, according to Politik, Brian Anderton has worked for the party for six years in a number of different capacities.

Anderton is on leave and is the subject of a Parliamentary Service investigation, according to Politik.

This comes after reports emerged last week that Anderton was in dispute with the National Party and had retained Kensington Swan lawyer Linda Clark to represent his interests.

Clark, however, would not confirm or deny she had been hired in relation to the matter.

Anderton most recently was a press secretary for National, working with MPs in the agricultural and environmental areas.

He has also worked for a number of other National Party MPs over the years.

Despite this, following the shootings in Christchurch on March 15, Bridges described him as an "emotional junior staffer" after he deleted a petition against New Zealand signing the UN migration compact.

A spokesperson had told media that the petition had been "archived some weeks ago" as part of "normal web maintenance".

However, Bridges later told media that, in fact, the petition had been deleted by an "emotional staffer".

"What had actually happened, I have learned this morning, was that a junior staffer was incredibly emotional on Friday night and took it upon themselves to delete it – we didn't know that until this morning."

He said he is not involved in website maintenance – "it's not something I give a moment's thought in my role as leader of the National Party".

Earlier this month, former National MP now independent Jami-Lee Ross took to Twitter to vent his frustration at his former party over the matter.

"They [the staffer] are not junior, having served senior ministers and MPs for far longer than many in caucus have been in Parliament," he said.

"They earned respect through their service, knowledge and good judgment.

"They should not have been casually scapegoated in the media by the leader."

A spokeswoman for Bridges said all media inquiries about the matter should be sent to Parliamentary Service.