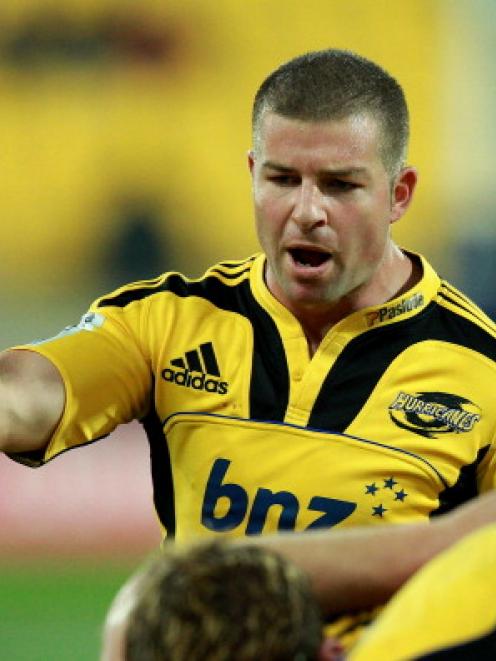 Chris Eaton in action for the Hurricanes last year. Photo Getty
Former Hurricane Chris Eaton has expressed his grief over losing his wife Hannah who died in a crash at the weekend.

The Hawkes Bay Magpies rugby player posted a tribute on Twitter today, saying their daughter Layla was helping get him through.

"Thanks for the support. I love my wife so much it hurts. My angel Layla is my world and is the last thing holding me together. love 2 all," Eaton tweeted today.

Hannah Eaton, 25, was killed on Saturday night when her BMW hit an oncoming Ford Territory SUV at Puriri, south of Thames.

The Ford ended up in a paddock, the driver suffering minor injuries and the man's wife, who was a passenger, seriously hurt.

Several rugby players and Twitter users offered messages of support to Eaton and his daughter.

The Magpies and former team mate Victor Vito were among those to say their thoughts were with the pair.

"My thoughts and prayers go out to you and Layla brother," tweeted All Black and former Hurricane Piri Weepu. "Stay strong my mate. Words can never bring her back, but we here 4 you."

Only two hours into the official Easter holiday period Temuka cyclist Stephen Kirkcaldie, 55, died when he collided with a car north of Timaru.

At 2am on Saturday, Anthony King, 53, from Paraparaumu Beach, was killed when the Suzuki vehicle he was a passenger in collided with a BMW on State Highway 5 at Wairakei, north of Taupo.