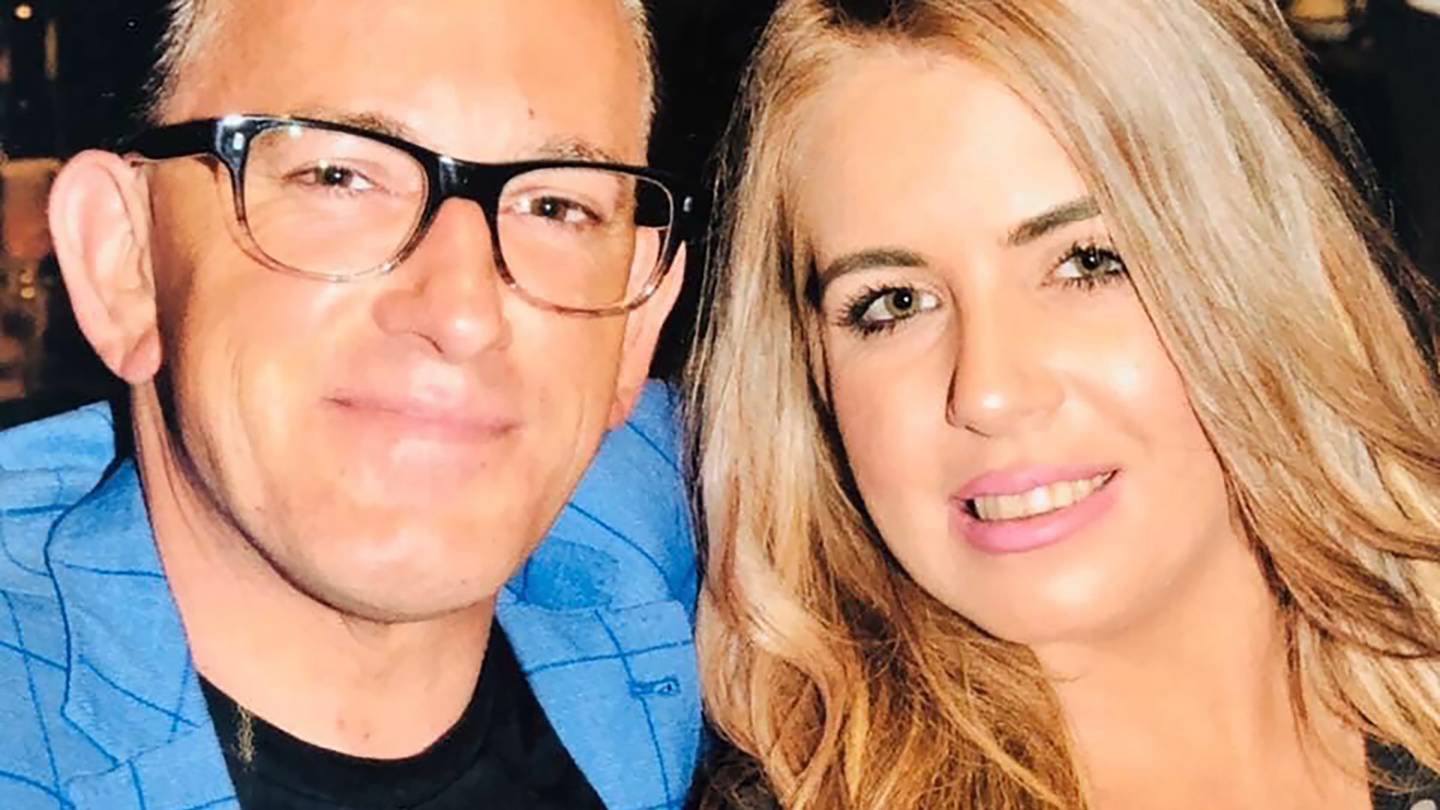 Danielle Prebble came to New Zealand two weeks ago to meet up with Carlo Massetti. Photo: Supplied
A five-time Lotto winner who netted millions in prize money is facing assault charges against his estranged partner.

Carlo Massetti, a Kiwi usually based in Sydney, appeared in Oamaru District Court this week charged with two counts of assaulting Danielle Prebble. He has yet to enter a plea.

Prebble (31) told the Herald on Sunday she suffered a broken nose when he headbutted her after a night of drinking games.

She had flown to see Massetti in Otago two weeks ago with the hope of reconciling after they broke up five months ago.

"He is a cunning conman who got lucky a few times by winning Lotto but not in life," Prebble claimed.

Massetti met Prebble five years ago in Queensland. Both were in unhappy marriages and had a "wild affair" before eventually moving to Sydney's Bondi together.

Massetti has said there was an instant attraction when they met – and it was before he struck it lucky on Lotto.

Massetti (47) has been living on a farm in Hampden, near Oamaru.

He said he moved back to New Zealand for a break and to heal from the couple's "toxic" relationship.

Prebble said she arrived in the South Island a fortnight ago to meet Massetti.

"I know we had this shitty history but I love him a million percent - honestly, we have a 'crazy' love. I genuinely love the man. I don't want to fail him because he has mental health issues - it's like cancer, you don't leave someone because they have cancer."

Prebble said the first week they spent together was calm and relaxing and they were like an "old married couple". 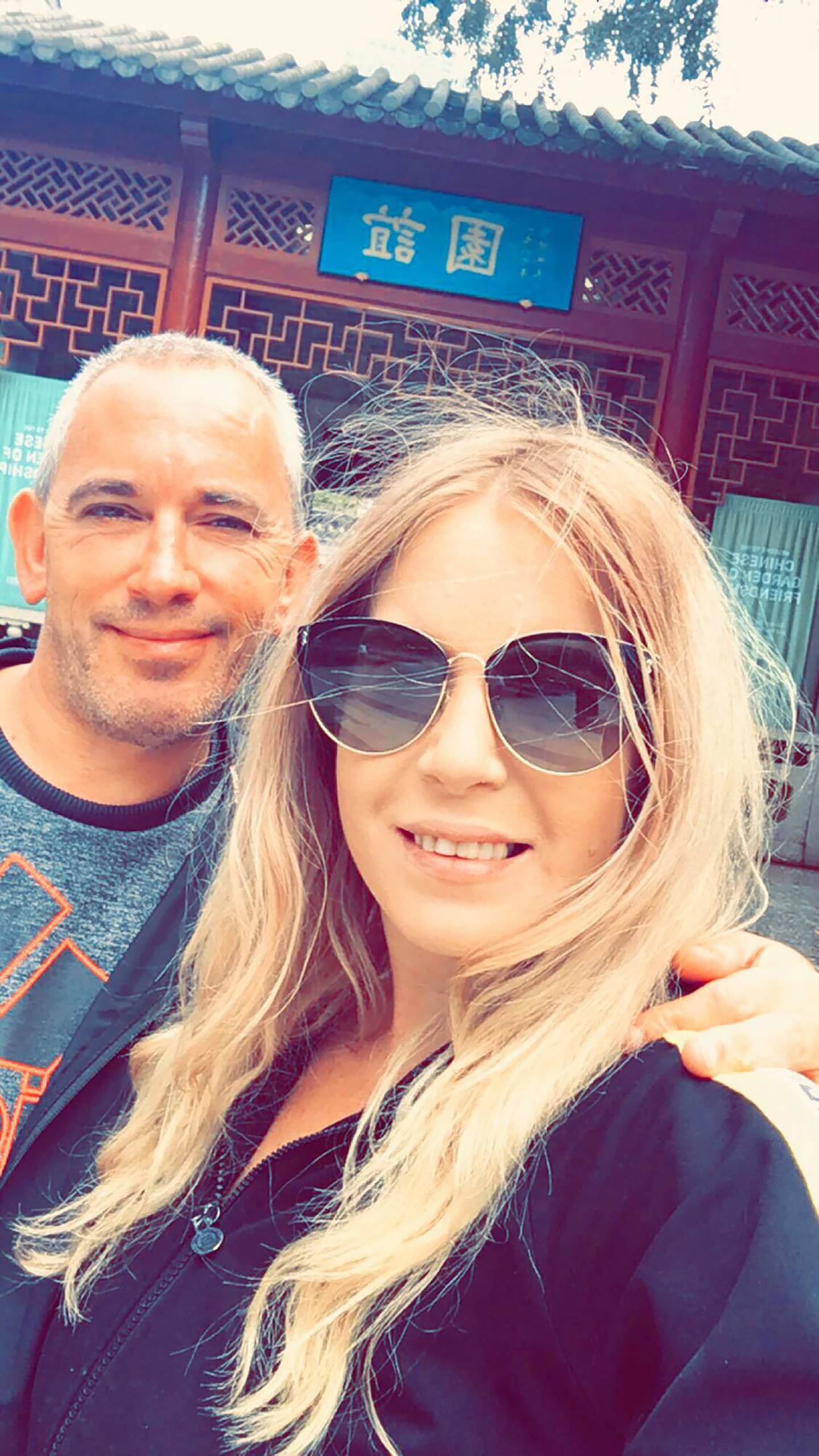 The pair began a relationship in Australia five years ago. Photo: Supplied
Last week they went to a local pub for some drinks and later went home, where Prebble cooked dinner.

They drank bourbon and cokes and started playing drinking games, which Prebble said she now regretted.

The pair had an argument and Prebble went to bed. She alleges Massetti came into the bedroom and started abusing her and threatened to call the police.

"He tried to pick me up and shove me outside. I asked him to stop pushing me and then he headbutts me. I heard a crack and I could feel blood gushing out of my nose, then I passed out.

"When I woke up there was a pool of blood on the floor and I freaked out."

When Prebble grabbed her handbag and the mobile phone she had hidden under her bed, she said she saw Massetti "slicing" his throat with a serrated steak knife.

"I said, 'What the hell?' 'How could you do this?' I told him I loved him with all my heart and how much he meant to me. I ran outside in the freezing cold and called 111.

"I was too scared to go back into the house in case he killed himself. The police found me in the middle of the road," Prebble said.

Massetti: 'I was trying to defend myself'

Massetti told the Herald on Sunday he was advised by his lawyer not to make too many comments but said: "I was trying to defend myself".

"I am very shaken up and distraught about the whole situation but I am disappointed with her."

Massetti claimed Prebble threw a bucket of water on him, damaging his iPhone, and took some of his personal belongings.

He also denied her claim that he had sliced his own throat.

Massetti was married twice before his Lotto-winning streak began in 2018. He won $1 million on May 7 that year before hitting the jackpot again just five days later with a $1.47m prize.

Incredibly, he got lucky for the third time winning another $48,000 in a Powerball draw. All of his winning tickets were bought at the same shop in Bondi.

That hat-trick followed earlier wins in 2012 for the former funeral director, who hasn't worked since. With his winnings, he treated himself to luxurious European cars, Tag Heuer watches, Tiffany jewellery and Louis Vuitton handbags for Prebble. He paid $50,000 a ticket for the pair to travel first class to Dubai, Singapore and Hong Kong.

Prebble said she believed Massetti had "squandered" all his Lotto winnings. She was angry that he was able to claim a benefit in this country.

"He gets $400 a week. It makes me angry when people get benefit when they can work. He plays on his mental health which makes me cross because there are genuine people who need that money," Prebble said.

The pair have had a volatile relationship history before Prebble travelled to New Zealand.

"Being alone is hard," Prebble said.

"I know there are people who want to show me the important things I am meant to have in life. I didn't need the cars, handbags or jewellery, I was happy 45 percent of the time.

"But I think that was the 'norm' I got used to. I don't deny I need help – everyone told me to leave him years ago."

In an interview with the Herald on Sunday last month Massetti wouldn't discuss how much of his Lotto money he had left and denied he was on a sickness benefit.

He said some people thought he was broke but he said he had investments that he could live off.

Prebble said Massetti has not apologised to her and they are forbidden to have any contact with each other, which she said was a "relief".