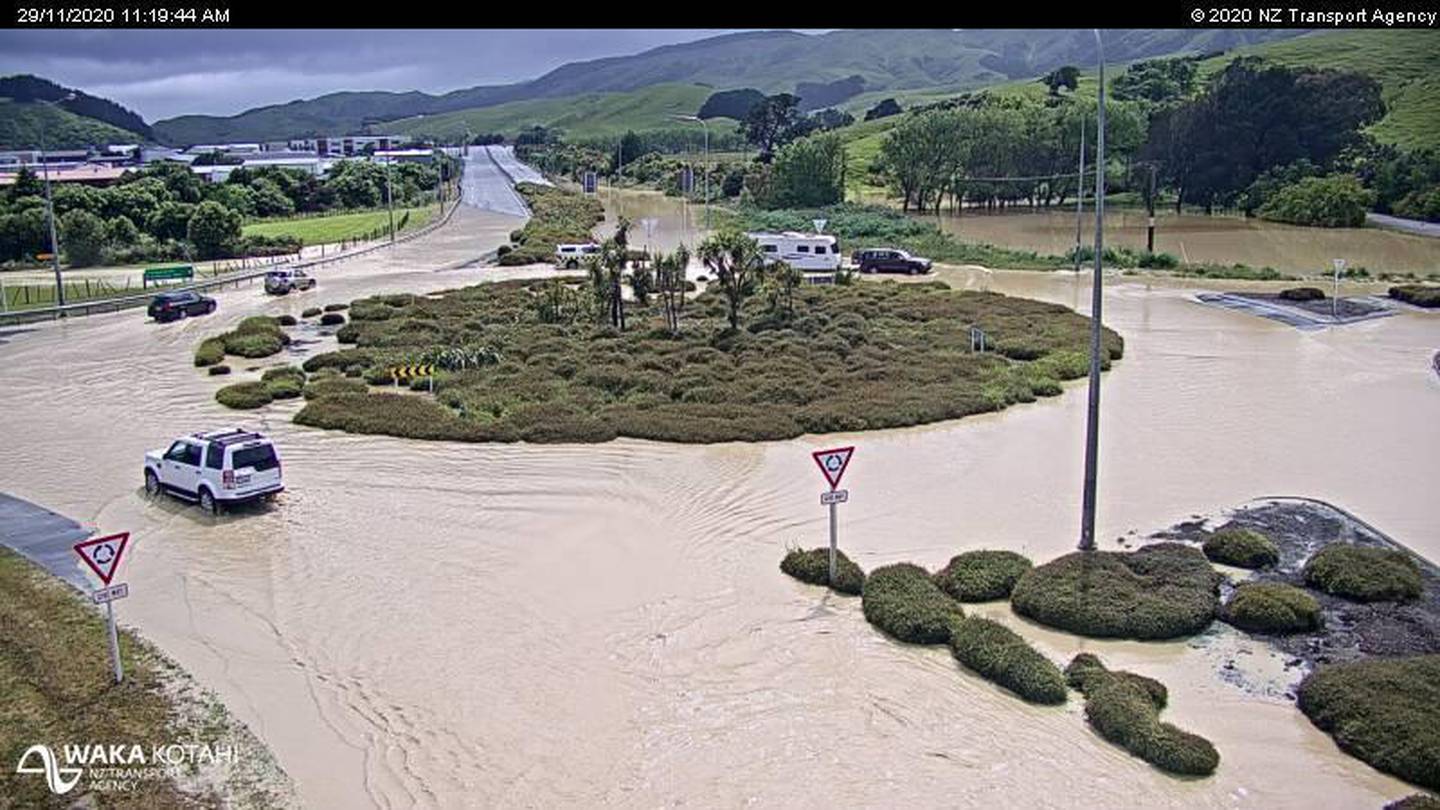 Flooding in Plimmerton. Photo / NZTA
The main route north of Wellington is closed because of flooding, and no detours are available.

The New Zealand Transport Agency (NZTA) has warned motorists to delay their travel as the road is completely closed off.

NZTA closed State Highway 1 between Plimmerton and Paekakariki - known as the coast road - shortly after 10am, and said it would remain closed until further notice.

The flooding is around the Plimmerton roundabout.

Members of the public took to the NZTA Twitter page to warn about slow-moving traffic caused by the flooding.

Another person said they hadn't moved in 10 minutes.

The region has been hit by steady, heavy rain overnight and through much of the morning.

An NZTA spokeswoman said around 11.30am floodwaters appeared to be receding as the rain had stopped, but it was still expected to take one to two hours before the road could be reopened.

Metlink has also warned train services between Porirua and Paekakariki are suspended because of a track obstruction.

By midday, Fire and Emergency NZ had received about 20 calls in relation to flooding in the Plimmerton area.

A spokesman said it was general assistance calls - "flooding on the property, flooding outside".

He said there were 16 calls Fenz would have responded to and six handed over to the local council and police.

He said Plimmerton was "a small community, so a lot of people are coming to the fire station to report their calls as well".

A command unit had been set up and localised resources were being dispatched.

Metservice meteorologist Andy Best said there had been a "dramatic" amount of rainfall in the area, particularly on the Kapiti Coast.

"Places like Levin, in just six hours, have seen around 40 millimetres of rain."

Paraparaumu had 45mm and Waikanae had 59mm of rain in the six hours to 11am, Best said.

But there was good news: "the southerlies which brought that ... have actually started to clear".

Best said Wellington City was currently dry and that would continue up the coast.

"So we are seeing a vast improvement in conditions this afternoon and into the evening.

"The winds will all die out and give the opportunity for places affected by this rain to dry out."

However, Best said the weather radar had "quite another dramatic feature" coming up the country tomorrow.

He said there could be "very strong, possibly severe, gales", southerly winds and rain for the lower part of the North Island and the Marlborough Sounds.

"A very cold southerly change comes up tomorrow evening and it will be quite dramatic as it moves through the capital." 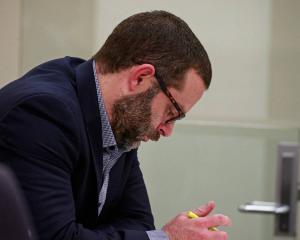 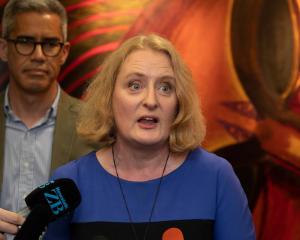