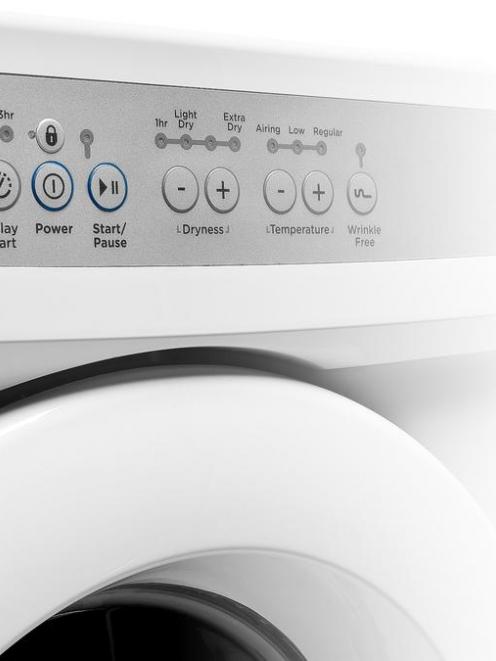 Fisher and Paykel says its East Tamaki operation is not competitive enough. Photo: supplied
Nearly 200 jobs are set to go at Fisher and Paykel's factory in Auckland, but jobs in Dunedin are safe, the company has announced.

Fisher & Paykel Appliances is to close its small refrigeration appliances factory in East Tamaki, with the loss of 186 jobs, saying the plant does not have the scale or cost-competitiveness to remain open.

Currently operating four days a week, the factory was likely to close in two stages, in July and November.

Closure had first been indicated in 2007 and the decision was not a reflection on the staff's performance, Mr Broadhurst said.

"The business has enormous respect for this team - past and present. Until now the factory's staff have staved off the inevitable.

"However, the harsh reality is this factory is no longer sustainable due to the lack of scale and cost-competitiveness the facility and its products face in today's global whiteware marketplace.

"This factory would have closed much earlier, rather than experience a series of downsizings over recent years, if not for the loyalty and commitment of this team."

Mr Broadhurst said staff would be redeployed within the company where possible.

Fisher & Paykel would continue to produce specialist componentry and production equipment in New Zealand, but this type of consumer whiteware would be manufactured at its plant in China and by the wider Haier group in China.

Haier first bought into F&P Appliances in 2009, citing its desire to tap into the company's design and innovation capabilities and completed a full takeover in late 2012.

The E tu Union said the loss of the jobs shows the manufacturing sector is not recovering after the global financial crisis and the workers will struggle to find comparable work.

"Many people will have to take insecure, low-paid work which doesn't pay the bills. They may have to move out of their communities or work two or three jobs just to make ends meet. That's the cost of losing local manufacturing," said Bill Newson, the union's national secretary.

Employers and Manufacturers Association chief executive Kim Campbell said the situation was sad for the workers affected, but not a surprise.

"In the case of appliance manufacturing the writing was on the wall when [Fisher & Paykel] sold to the Chinese 12 years ago. There's been a valiant rearguard action ever since."

The company was known to be innovative, and he expected a development site would continue in New Zealand.

But the biggest cost of appliance manufacturing was material, freight and logistics, and that meant manufacturing close to where the appliances would be sold was favoured.

There were few large manufacturers left in New Zealand, and the future was in "weightless"products, such as software and games, which were not affected by the country's distance from major markets, Mr Campbell said.

The planned closure of the East Tamaki factory would not affect consumers, he said.

"We import almost all of our consumer goods ... including whiteware. It's very cheap, and you don't hear consumers complaining."