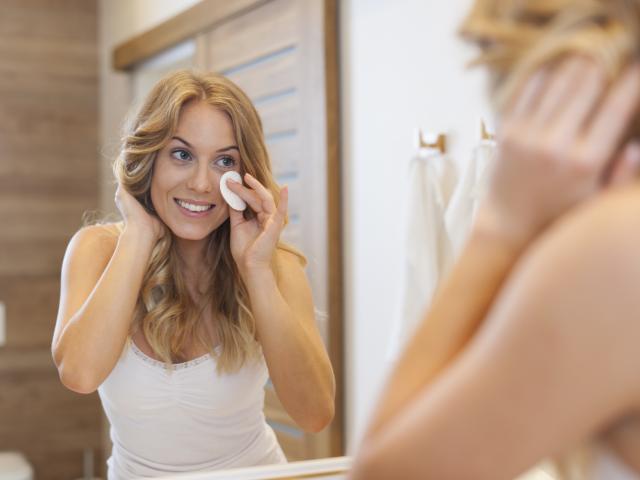 Microbeads are mostly used as exfoliating agents in beauty products like face washes and body scrubs. Photo Getty
Make-up and other beauty products containing tiny plastic particles known as microbeads will be banned in New Zealand because of concerns about the beads' impact on waterways and marine life.

Environment Minister Nick Smith announced the ban this afternoon at a press conference in Wellington. Following consultation, it will come into force in July next year.

The spherical plastic beads are around the width of a human hair and are mostly used as exfoliating agents in beauty products like face washes and body scrubs. They are also found in some sunscreens, acne treatments and toothpastes.

Microbeads are so small that they are not filtered out in treatment centres and escape into rivers and oceans, where they end up in the stomachs of fish, turtles and marine mammals. To make matters worse, they act like magnets for pollutants and harmful chemicals.

"The problem with microbeads is that they are too small to retrieve or recycle, they do not biodegrade, and that they are mistaken by marine life as food, causing long-term damage to aquatic animals and like fish and mussels," Smith said today.

"The use of plastic microbeads in personal care products like facial cleaners and toothpaste makes no sense when there are biodegradable alternatives like apricot kernels and ground nut products that achieve the same results."

The United States and Canada have already begun the process of banning microbeads, and Australia has threatened a ban if companies do not voluntarily remove them from their products.

Smith said many large companies had committed to voluntarily phasing out the beads in New Zealand. However, he was disappointed to find "dozens and dozens" of products containing the beads during a recent trip to the supermarket.

The plastic beads were first used in medical treatment, and the ban is unlikely to extend to medical products.

It will not be extended to plastic bags, which environmentalists say are the greater threat. Smith said that unlike microbeads, plastic bags could be recycled. Instead of a ban or plastic bag tax, the Government would remain focused on a nationwide recycling campaign.