Deputy Prime Minister Grant Robertson defended the response yesterday, saying it was never going to be 100 percent perfect, and said the results - where the spread of Delta was "slowed" - spoke for themselves.

A report and a letter from Sir Brian Roche's continuous improvement team was revealed yesterday as the Government dumped hundreds of official documents covering the response to the Delta outbreak until the end of October.

He also outlined aspects of the response that had not been up to scratch, including the lack of enough engagement with Māori and Pacific providers, and limited testing capacity that could have ended up "compromising early outbreak containment".

"A lack of prioritisation meant that priority workers and key locations of concern were not processed with urgency."

His report was also a caution on the reopening of the borders, saying there needed to be at least 90 percent vaccination coverage across the eligible population and a closing of the gap with Māori.

"Assurance is also needed that a phased reopening identifies, supports and protects the vulnerable," the report said.

"There have been examples of that not being the case for some sections of the community during the current outbreak. Addressing this will be critical to minimise issues of inequity within the community."

The outbreak spread throughout Auckland after the virus, around the time of Roche's letter, seeded into marginalised communities. 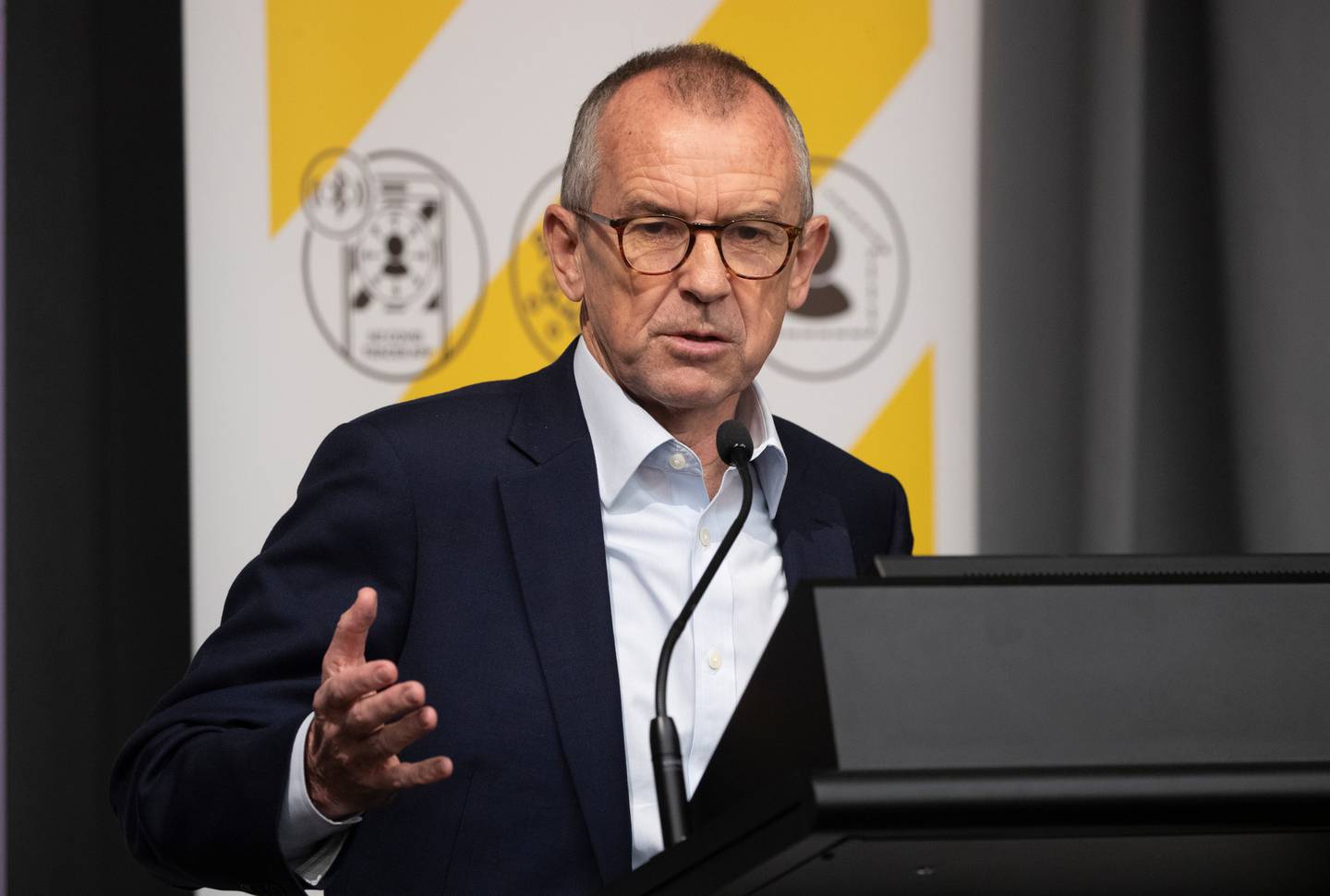 Sir Brian Roche told the Government in September that there were a number of areas in its Delta response that needed urgent attention. Photo: NZ Herald
Three weeks later, the public health advice was that the risk in Auckland was had risen from "medium" to "high".

"There is ongoing and accelerating transmission in Auckland," a public health advice memo on October 14 said, noting that the outbreak - previously centred on South Auckland - was now more widespread.

"It is affecting more ethnic groups with more exposure events per day and more exposures occurring outside of home and essential workplaces.

"There is a likelihood of undetected community transmission across Auckland."

The memo noted that a return to level 4 may not have the desired effect because of the effect it would have on Aucklanders' wellbeing, and there was no guarantee it would work because it relied on social compliance.

It also recommended mandatory vaccinations for essential workers crossing the Auckland boundary, which the Government rejected as impractical.

Four days later, on October 18, a review of alert level settings warned that Auckland's outbreak was "now at risk of becoming uncontrolled".

The increasing number of unlinked cases, the review said, was in part due to "there being less investigation of the source of infection as the Auckland Regional Public Health Service moves to a more sustainable case investigation model as case numbers increase".

Māori had by then become the majority of active cases in the outbreak - a predicted scenario given the gap in vaccination coverage.

All year Māori health providers had been asking for resources and autonomy to reach and vaccinate their own communities.

Roche also called for this in his letter, and a month later, the Government announced $120 million to boost Māori vaccination rates.

Roche has previously implored the Government for more widespread use of different testing methods, as well as to bolster contact tracing capacity - and did so again in his report.

"This has been the subject of recurring recommendations from our reports and needs to be addressed as a priority.

"In addition, ongoing issues with innovation around testing and electronic contact tracing enhancement need to be resolved. Rapid antigen testing is a critical prerequisite – we cannot afford the delays in its introduction that have been experienced with saliva testing."

Covid-19 Response Minister Chris Hipkins. Photo: RNZ
Only on Thursday - two months after the Roche letter - did the Government reveal that rapid antigen testing would soon be available in pharmacies and to more businesses.

Roche was also critical of how poorly hospitals were prepared for Delta.

"DHB chief executives and chairs have recently written to the Minister of Health that they are not confident in the level of preparedness planning," the report said.

"The current outbreak has revealed the very poor level of preparedness of hospitals for Delta. Auckland, which has a large and Covid-19 prepared health system relative to the rest of New Zealand, has essentially been stretched to capacity."

Roche repeated his concern about the response being reactive rather than prepared in anticipation of the worst.

"The current operating model is failing, and will fail in the even more complex operating environment after re-opening," the report said.

"We are mindful that even the most conservative scenario post-reopening will inevitably involve the virus, in one form or another, making its way into the community for periods of time, or even permanently.

"Such a scenario may have previously been seen as alarmist, but is inevitable, in our view, based on what we observe from the most recent outbreak together with international experience."

Hipkins welcomed Roche's report, saying it had helped inform the Government's improvements to the response since September.

But National's Covid response spokesman Chris Bishop said: "This backs up everything I and National have been saying for months. We had no plan for Delta."

The documents also revealed advice to Cabinet that Auckland could have exited level 4 lockdown five days earlier than it did.

The briefing to Cabinet, on September 12, said that case numbers appeared to have peaked two weeks earlier, adding that there was potential for the rest of the country to move to alert level 1 at a later date.

However, Cabinet decided to delay Auckland's move to level 3 until September 22, and left the rest of the country at level 2 in case the virus was transported out of Auckland - which happened in initially in Waikato, Northland and Christchurch, and then to many parts of the North Island.