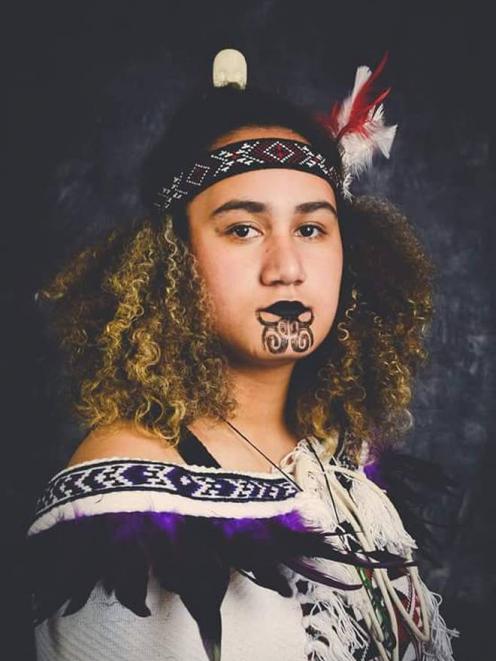 Edyn Rubena-Misilisi died after an allergic reaction to nuts. Photo: Supplied via NZ Herald
As she stroked the family dog, Bonita Rubena-Misilisi smiled sadly at the casket where her teenage daughter lay and described how proud she was of her "lover of life".

Four days ago, the Auckland mother was confronted with the horror that her daughter would not wake up.

Aged just 16, Edyn Rubena-Misilisi had suffered an allergic - and ultimately fatal - reaction to nuts while the family were visiting friends near their house in Manurewa.

It was not obvious the dish she was eating contained nuts and the teenager realised only when she started to react.

Not wanting to make a fuss, Edyn slipped out and headed home, down the street, where she injected herself with her Epipen, a device that administers adrenaline to combat severe allergic reactions.

Realising her reaction was more severe than initially thought, she dialled 111 for an ambulance.

It wasn't until the ambulance arrived that her mother discovered something was wrong.

"My friend said to me 'there's an ambulance at your house' and I said 'but there's no one home' and then I realised and ran home," Rubena-Misilisi told the Herald, tears streaming down her face.

Edyn's family wanted to warn people about the severity of food allergies in the hope others wouldn't suffer the same kind of loss.

"People often joke, 'oh it can't be that bad' or 'she'll be right' without realising it can be life-threatening," Rubena-Misilisi said. 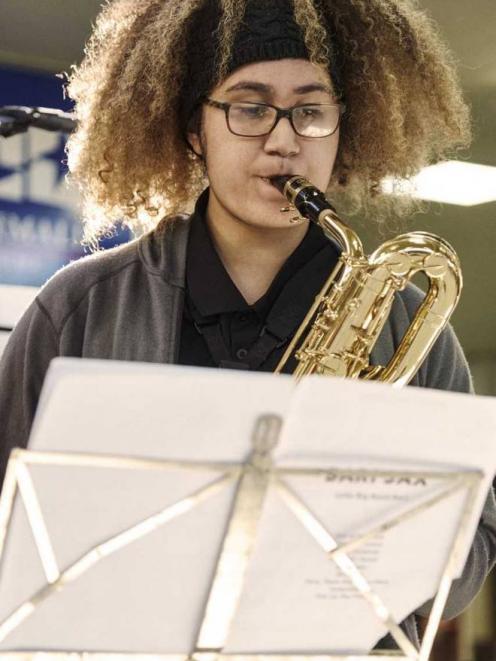 Edyn was a talented saxophone player, her school principal said. Photo: Supplied via NZ Herald
For Edyn it was deadly.

When Rubena-Misilisi arrived home she found her daughter collapsed on her bed.

A St John medic performed CPR several times before Edyn was rushed to hospital where she was put in an induced coma for five days.

On Saturday, doctors tried to take her out of the coma to see if she would breathe on her own, but it was too late.

Death from allergic reaction is rare in New Zealand.

A study of coronial autopsies in Auckland between 1985 and 2005 found only 18 anaphylactic deaths in that time - fewer than one a year on average.

One in 10 babies are likely to develop a food allergy by their first birthday.

Many outgrow allergies to milk and egg, with prevalence reducing to around 5 percent of 10 to 14-year-olds, and 3 percent of adults.

Allergies to peanuts, tree nuts, fish and shellfish tend to be lifelong.

Anaphylaxis - which Edyn lived with - is the most severe form of food allergy.

"She was an outstanding student who fully involved herself in the life of our school and truly lived our values.

"As well as being a hard-working and high achieving scholar, she played saxophone in our award-winning band Mit Eldnar, was part of our creative MakerSpace team and an active member of our Environmental Council.

"Edyn was always generous with her time and was always thinking of other people."

Allergy New Zealand chief executive Mark Dixon said the organisation was deeply saddened to hear about Edyn's death, and heartfelt thoughts were with her family and friends.

"There is currently no cure, and those with food allergies have to avoid the food they are allergic to, to minimise the risk of having reactions."

Doctors asked Rubena-Misilisi and her husband Morris if they would consider donating their daughter's organs.

The grieving parents decided they would give away her liver, kidneys and heart.

Looking down at her daughter in her casket, the saxophone she played in her school band resting on her chest, Rubena-Misilisi smiled, proud her daughter would be remembered as a selfless lover of life who was always pushing boundaries.

"It was such a difficult decision to make, but I guess in the end it gave us a sense of calm to know that Edyn would be saving someone else which is exactly the type of person she was. To know that she might go on living in someone else gave us peace," Rubena-Misilisi said.

Friends and family will gather for Edyn's funeral at the Manukau Memorial Gardens Chapel on Friday.

A Givealittle page has been set up to help support the family.