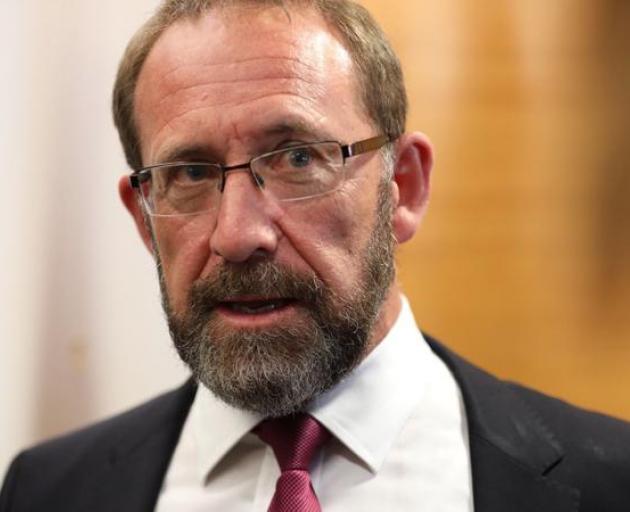 Andrew Little. File photo
The health system is under "serious stress" and the Cabinet is poised to sign off on a major redesign of it, Health Minister Andrew Little says.

"We know that our system is under increasing stress and its design has not enabled it to deliver equitably for all New Zealanders," he told an invited audience of health sector representatives at Parliament this morning.

Improving the outcomes for those traditionally under-served by the health system - Māori, Pacific, disabled and rural communities among others – is central to the reforms about to be undertaken.

The Health and Disability System Review led by Heather Simpson, which recommended the establishment of a Māori Health Authority, said the system had become complex and unnecessarily fragmented.

Organisations had unclear or overlapping roles, responsibilities and boundaries.

"There is significant duplication of activity and variation that creates a post-code lottery when it comes to accessing services," Little said.

In some district heath boards, for example, people were twice as likely to die from potentially preventable causes than in others, and three times more likely to be re-admitted to hospital for urgent needs.

"In over half of our DHBs, more than 10 percent of people did not receive cancer treatment within 62 days from diagnosis," he said.

In the lowest-performing DHBs, nearly a third of people were still waiting for cancer treatment after 62 days.

"Where you live in New Zealand should not dictate your access to good quality health services.

"We know that our system is under serious stress and does not deliver equally for all."

He said five key shifts had to happen and first was that the health system would reinforce the principles and obligations of the Treaty of Waitangi.

"We have to accept that the way our system presently delivers for Māori is inadequate. This simply must change.

"At the core of our reform is a by Māori, for Māori approach. Our role as the Crown is to be the enablers of change, and not the barriers to it."

Second, all people would be able to access a comprehensive range of support in their local communities to help them stay well.

Third, everyone would have access to high-quality emergency or specialist care they needed it.

Fourth, digital services would provide more people with the care they needed in their homes and local communities.

And fifth, health and care workers would be valued and well-trained for the future health system.

"I am convinced that the scope of our ambition is right, and that we have a real opportunity for meaningful change.

"What I want to emphasise is the need for partnership."

Cabinet would be making decisions on the reforms in the coming weeks.

And lets hope the govt (via the MoH) take over the ambulance service - as a 'NZ Ambulance Service'.

Wait the health system is going to be segregated based on race?

No, but I could see why you might think that by reading that NZ Herald report.

They also promised to improve fuel costs, food costs, improve the lives of those on a benefit, fix child poverty, improve homelessness and what's happened?....nothing is what has happened so I will believe this when I see it but I'm not holding my breath.

Who are "They"?
Because I can find nothing resembling any of your claims of improvements in any of the major political parties election material from the last election.

Well you obviously didn't look very hard. "They" have been in power for three years and counting and have we seen any improvements yet? Have we seen them do anything substantial aside from tinkering around the edges?...no we haven't.

Well you must have your eyes and ears closed. "They" have been in power for three years and counting and what concrete (apart from tinkering) plans have "they" put in place to help New Zealanders eh?

the health system would reinforce the principals and obligations of the Treaty of Waitangi
which recommends the establishment of a Maori Health Authority,
"At the core of the reform is a Maori for Maori approach "
I agree with Mu 78

You need to review the actual announcement and not the media's reporting of it.