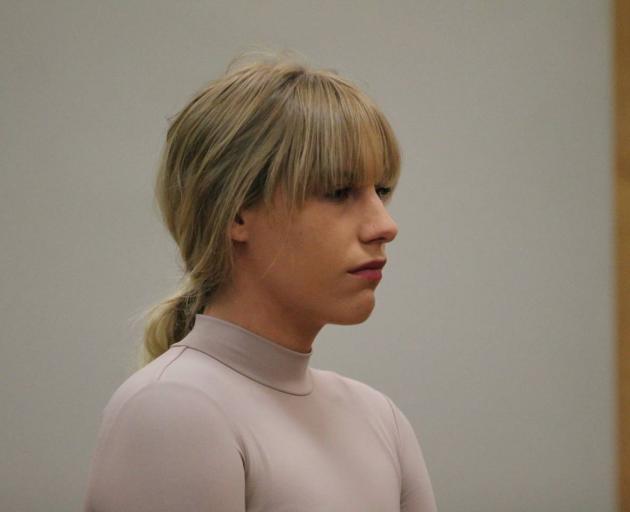 Air force cadet Nathan Kraatskow, 15, died when a learner driver hit him at an Albany intersection on May 18.

Driving the Mercedes was 19-year-old Rouxle Le Roux, who had drunk wine and smoked cannabis earlier in the day.

When Kraatskow crossed the intersection, riding a small bike and wearing headphones but no helmet, the Mercedes ploughed through the crossing, sending him across the bonnet and into the air. He landed some distance away and died at the scene.

Le Roux, meanwhile, and her two passengers slowed down before she was told not to stop and continued driving. Rouxle Le Roux posted a picture of herself wearing an orange prison jumpsuit on Instagram. Photo: Instagram
Distressed by the crash, Le Roux pulled over and one of her passengers, a 21-year-old named Sam, took over and drove the damaged car to a friend's house.

Sam and a group of friends then returned to the scene in another car and saw police attending to Kraatskow. They did not stop.

Le Roux's group of friends later saw news reports of someone having died from the crash, while Le Roux's mother told her daughter to get some rest before going to police in the morning.

But the next day, Le Roux's mum and Sam first went to a panel beater to seek advice about what to do with the damaged car.

Some 16 hours later, Le Roux and both her passengers went to police.

Today, in the Auckland District Court, she was sentenced by Judge Nicola Mathers before a huge gathering of support for Kraatskow.

Kraatskow's mother said her first-born was a caring and loving young man with a bright future. 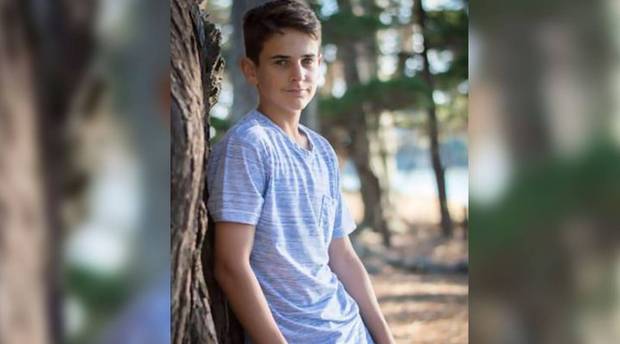 Nathan Kraatskow dreamed of being in the air force. Photo: Supplied

"I wake up every morning hoping this is a dream," she told the court. "Then I realise it is real."

More than 500 people had attended Kraatskow's funeral, she said.

"My heart is absolutely broken, I don't think it will ever get better, I think we will just learn to live without him.

"I will always miss my cheeky, caring boy and will always dream of the man he was growing up to be."

Kraatskow had dreamed of being in the Royal New Zealand Air Force since he was just 5, the court heard.

He was a Year 11 student at Vanguard Military School and had previously spent two years at Rangitoto College.

When his mother found out the driver responsible for her son's death was also a teen she "actually felt sorry for her".

"I thought the poor girl has a life sentence now and two lives have been taken," she said.

However, she was horrified when she was sent a Halloween Instagram post of Le Roux wearing an orange prison jumpsuit with the caption reading: "Hide your children".

"I just could not understand how someone could be so heartless and think this whole thing was a joke," she said.

Kraatskow said while no punishment will ever bring back her boy she hoped it would stop Le Roux from repeating the same mistakes.

Kraatskow's father was so overcome with emotion he was unable to read his statement to the court.

"My son was taken from me," he said, before breaking down in tears. "I'm still trying to understand this all." 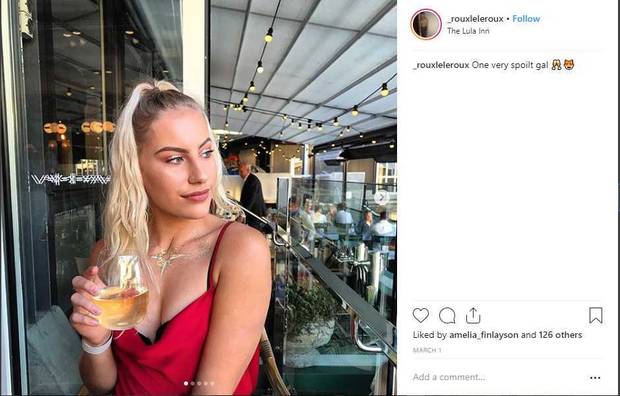 "I cannot believe anything you said happened that night," she told Le Roux. "I don't' believe you have any remorse."

She said the pair had watched Le Roux at every court appearance and seen "non-stop" social media posting of her "partying and drinking despite being on bail".

Today's sentencing had been postponed to allow Le Roux, who was supported by her mother and friends in court, to graduate.

"At the end of the day this was an accident," she said.

Judge Mathers said it will never be known the volume of narcotics Le Roux consumed on the night but was she convinced it must have influenced her driving.

"The tragedy is a 15-year-old boy has lost his life as a result of your actions," she said.

She said the statements of Kraatskow's parents were "heart-wrenching".

"Nothing I say will, of course, bring back their son, brother or grandson," Judge Mathers said. "What is important is that you are held accountable for your offending."

However, the judge did accept Le Roux was genuinely remorseful. She said there was "no purpose" in sentencing her to prison

"I am of the view that the public's right for deterrence makes way for the least restrictive sentence," she said.

Le Roux will serve 11 months of home detention alongside a sentence of 250 hours of community work, while she was also disqualified from driving for two-and-a-half years.

Rouxle Le Roux. That surely is a made-up name.

This lenient sentence appears to be a joke.

I'm truly shocked by the sentence, and that proceedings were delayed for the accused's graduation. Why were her interests prioritised? Home detention is a slap with a wet bus ticket. How appalling for the victim's family. What message does this send? What is wrong with our judges that they can't see such a sentence is woefully inadequate? An offensive outcome.

What a joke. What a tragedy for the poor family of the 15 year old boy. What justice have they got out of this? Nothing at all. The poor little rich girl gets out of jail free card is played. It just goes to show in this country there are 2 classes of people, and the judges have no accountability.

In New Zealand it is completely ok to kill someone, as long as they are on a bike and the killer is inside their murder weapon. When will this farcical situation end!

Isn’t it amazing that judge Mathers thinks that Roux is remorseful.
I would say that she is more likely suffering from self pity as to what might befall her.
And the actions of the mother and friend Sam.
What charges are being laid against them? Adding and abating, wasting police time, obstructing, come to mind.
Theirs is a community of self entitlement and self interest, regardless of the cost to others.
If it was my kids involved, they would have been to the police station that night and they know it.

You would hope that a part of her home detention includes being banned from all social media for the period. That at least might make her feel a little punishment.

The ridiculous sentence imposed by this judge is unfortunately absolutely typical of distaff judges the world over nowadays. Confined to her home? As if she'll even obey it.