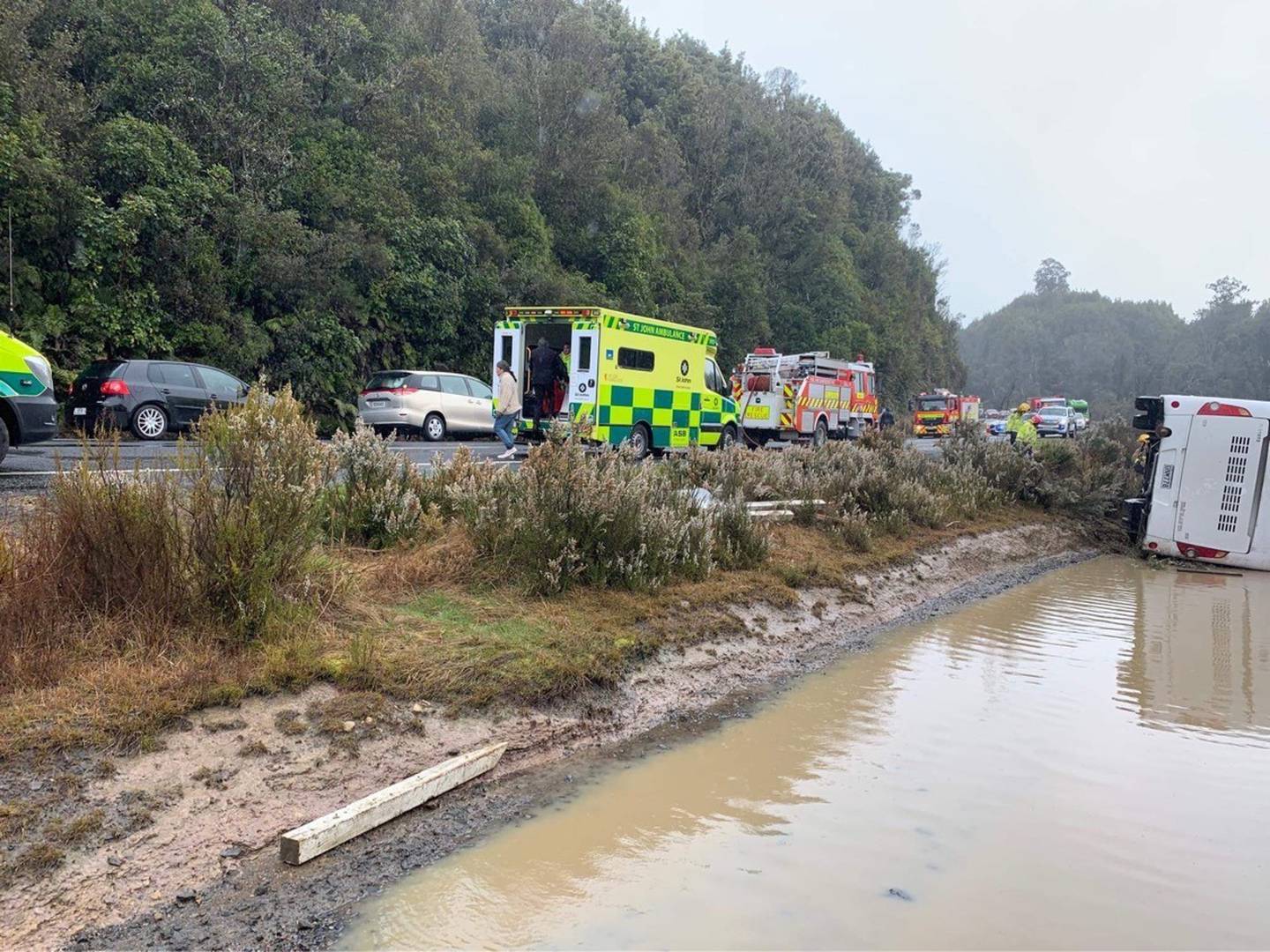 The scene of the crash. Photo: Supplied via NZ Herald
The driver of a Chinese tour bus that crashed near Rotorua just over a year ago has been sentenced to four and a half months' home detention, disqualified from driving for 18 months and ordered to pay a total of $13,000 reparation to the victims and families of victims.

The bus was carrying 27 people when it rolled on State Highway 5 at Ngatira, 20km northwest of Rotorua, on a stretch of bush-edged road between Waiohotu and Galaxy Rds about 11am.

Police have said there wasn't any evidence Zhang was speeding but instead a strong crosswind caused the rear wheels of the bus to slip. Zhang lost control and the bus swung into the opposing lane rotating 180 degrees.

The scene was made even more tricky for emergency workers who were unable to speak clearly with the passengers because of the language barrier.