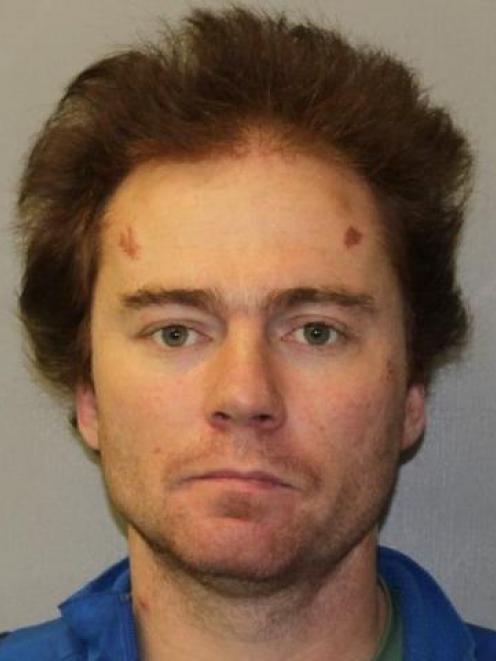 Aaron Forden in one of two photos released by police.
A notorious escape artist has become the first person to break out of the new Mt Eden Corrections Facility, having famously escaped from the old Mt Eden Prison in 2008.

Aaron Stephen Forden, known as "Houdini'' due to his history of slipping away from custody, and a fellow inmate broke into a service way and fled the prison complex about 2.20am today.

Staff quickly recaptured the second inmate but were unable to capture Forden, who was believed to have been driven off in a car.

A police dog picked up a scent outside the prison but the trail stopped abruptly.

Costing about $218 million, the new Mt Eden prison in Auckland opened on March 30 this year, with its management controversially awarded to private British company Serco.

Labour Party leader Phil Goff said it was "really unfortunate'' a prisoner had escaped from the facility.

He believed it cost more when the private sector ran our prisons : "cutting staff and staff pay and that's not going to make New Zealand safer''.

Mt Eden Corrections Facility would be fined for the escaped prisoner, he said.

"It reinforces our view that there's nothing special we're going to get from security with privatisation of prisons,'' Mr Goff said.

NewstalkZB reported that Serco has a clause in its contract that requires it to pay a fine of $150,000 if a prisoner escapes.

A Corrections spokesman told the radio network the incident is still under investigation so was not yet known if that would be the case.

Speaking from Australia, company spokesman Paul Shaw said the incident was being taken "extremely seriously'' and an internal investigation had begun.

"We're making sure that we do everything we can to make sure that this can't re-occur.''

Mr Shaw said Forden was the first person to escape from the facility.

The Department of Corrections said it would provide the company with whatever information it needed to recapture him. 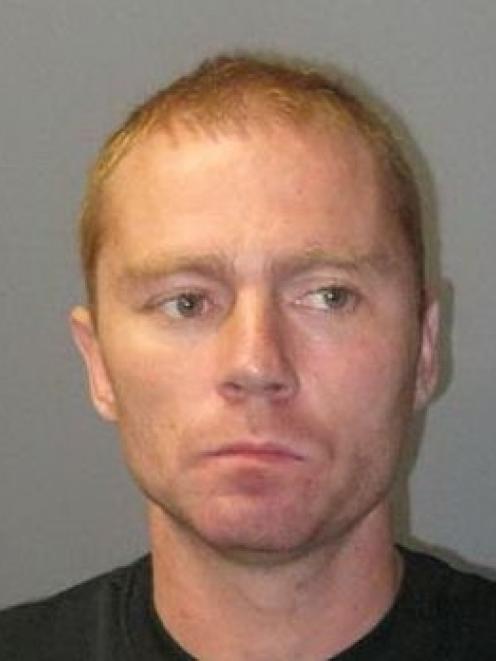 Aaron Forden in one of two photos released by police.
Forden, 30, escaped from the old Mt Eden Prison in 2008 by crawling through roof cavities to a high tower and using a rope made of knotted-together sheets to lower himself over a barbed wire to freedom.

He was captured three days later after a police chase in which he crashed his stolen car.

In May he managed to evade police for eight days when he was wanted for allegedly ramming police patrol vehicles, burgling homes and stealing cars.

He was only recaptured after he was involved in a scuffle in a Northland bar which led police to him.

He then escaped from a secure interview room in Whangarei District Court after his lawyer left him alone.

Forden had used "brute force'' to remove a bar from the grill and escaped, police said at the time.

He was on the run for more than four months before police caught him again, while he was allegedly breaking into cars in the Auckland suburb of Ponsonby on Rugby World Cup opening night.

He looked relaxed when he appeared in via audio-visual link in Auckland on Friday, where he pleaded guilty to charges of unlawfully interfering with a motor vehicle, possession of cannabis and refusing to give his identity to police.

He was to be sentenced on these charges and to face a raft of further charges in Whangarei District Court next month.

Forden is also apparently a master of disguise.

Detective Sergeant Iain Chapman of Auckland police said he was known to change his appearance, including colouring his hair, in a bid to evade capture.

They have issued two photos of him - one with bushy hair, and another with short red hair - because of his tendency to change his looks.

Mr Chapman said Forden was considered dangerous and should not be approached.

"We need to find this man and find him quickly,'' he said.

Forden had a lot of contacts and could be anywhere in the North Island.

He was described as a 30-year-old European, 1.75m tall with a reddish tinge to his hair.

He was last seen wearing prison crew sweatpants and sweatshirt.