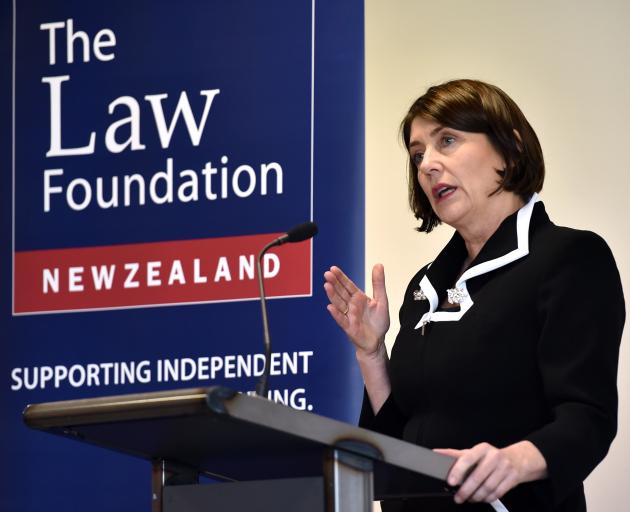 But Judge Jan-Marie Doogue was realistic, the restructure would require ``Rolls-Royce funding'' which was unlikely to be invested.

At yesterday's 22nd annual Ethel Benjamin Address at the Dunedin Public Art Gallery, she painted a bleak picture of ``generations of disadvantage''.

Judge Doogue said the issue of Maori over-representation in crime statistics was the most pressing issue facing the justice system.

She highlighted the inter-generational drivers of crime.

``The female prison population, generally, has been increasing at almost three times the rate for men in the last five years. It is estimated the vast majority of our female prisoners are mothers. Therefore, most New Zealand children who have a mother in prison are Maori. And we know that a child with a parent in prison is 10 times more likely to end up in prison themselves,'' she said.

Judge Doogue said it was up to judges, who had ``a cradle-to-grave view of society's illnesses'' to be more ``culturally competent''.

From next July, the Oranga Tamariki Act will explicitly include tikanga Maori concepts which must be at the heart of any decision made in respect of a child or young person.

The judge called for her colleagues on the bench in the criminal jurisdiction to take a similarly holistic approach.

When imposing a rehabilitative sentence, a court was able to specify placement with whanau, hapu, iwi or marae as a special condition, she said.

``Given the over-representation of Maori in our criminal courtrooms, it is imperative that the District Court works with hapu and iwi however it can, to assist in increasing the community's capacity to provide supplementary alternative sentencing options,'' Judge Doogue said.

Some iwi were ready to play such a role, she said, others were not.

She stressed the importance of the Family Court too, which often witnessed the issues before they boiled over.

``We need to be focusing our resources on the genesis of the problems; targeting disadvantage at its source before its effects become entrenched. In our justice system, that change should start in the Family Court, particularly where it interacts with the state care system,'' the judge said.

Specialist courts set up in various regions for Maori youth, alcohol and drug treatment and homeless had yielded great success and Judge Doogue said that must translate through to the District Court's practices.

``Imagine if these courts did not exist in isolation, but rather their holistic, solution-focused approach were integrated across all of our courts,'' she said.