Kiwi 'hero' killed in US storm 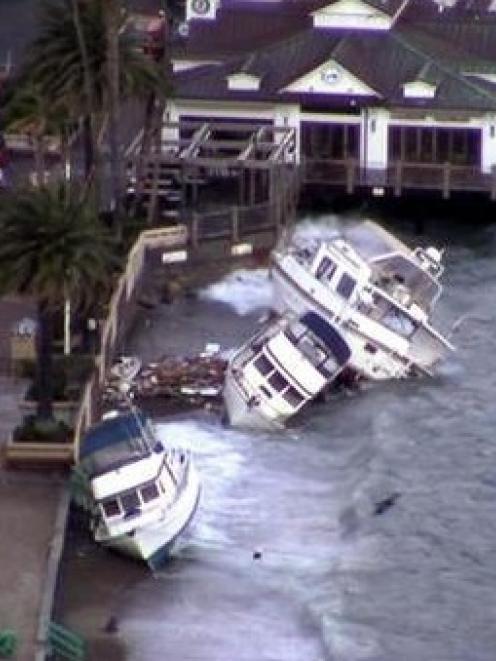 Kiwi Tim Mitchell died while trying to save a boat that detached from its moorings on Catalina Island. Photo Twitter (@scentofduty)
A Kiwi diver and firefighter has been hailed for his courage after dying in a violent California storm.

Tim Mitchell (39) was trying to save a boat that detached from its moorings but became stuck between the vessel and rocks on Catalina Island in a storm on Wednesday (New Zealand time).

An eyewitness said a crowd of people frantically tried to save Mr Mitchell but could not.

Mr Mitchell was serving as an Avalon Harbor Department Patrolman. His former colleagues in the local dive industry labelled him a hero.

"...Tim courageously attempted to save the King Neptune as she parted four mooring lines and was swept to Step Beach. The resultant crash took Tim's life," the scuba diving company said in a tribute on Facebook.

"We will be in touch shortly regarding future plans in light of the loss of the King Neptune, but right now we are obviously grieving the loss of a son and sending our condolences to his family, en route from England and New Zealand."

Mr Mitchell moved to Catalina Island in 2000 from New Zealand to pursue a career in the diving industry, the California Diver magazine reported.

"In addition to being a harbor patrolman, he was also a reserve firefighter for the City of Avalon," California Diver added.

John Etheridge, who owned property on the island, witnessed the incident and told ABC7 Mr Mitchell was trying to save the King Neptune vessel when he was swept overboard.

"It was the most horrible thing I've ever seen." Mr Etheridge said. "When (the boat) hit the beach, it hit with a great deal of force and hit a couple of times and he was just thrown overboard," said Etheridge.

Etheridge told ABC7 a crowd of up to 40 people saw the incident from shore and frantically tried to save Mitchell, but were unable to.

Mitchell's former mother-in-law, Jennifer Morris, told ABC7 she was devastated. "I couldn't believe it at first. Being here now is making it harder. It's all become a reality," Ms Morris said.

ABC7 said a houseboat owner, identified later by coroner's officials as 53-year-old Bruce Ryder, also died as a result of the storm.