Tina, of Taupo, celebrates the big win last year. Photo: NZ Herald.
It dawned on Tina nearly a year after winning her share of a $30 million lotto jackpot that the key to enjoying it was to relax and do less with life - not indulge in more cars and holidays.

As a member of the 10 woman syndicate, in which each person netted $3.025 million in Powerball's September 2017 jackpot, Tina has spoken exclusively to the Herald on Sunday about adapting to a bank account with seven digits.

"I was very cool, calm and collected initially because I always knew we were going to win," the Taupo resident says of the seventh largest lotto jackpot in New Zealand history.

"It's taken me until the last six months to realise the freedom of that good fortune. I don't go anywhere in a hurry. I'm not busting my hump working all the time.

"Sometime I get to the end of the day and think, 'What the hell have I done' - not a lot. But I've got family up here and I see them a lot."

The 10 woman syndicate have been buying lotto tickets since 2012, when they were working together in the Dunedin dental clinic Community Oral.

Since then, the old colleagues dispersed across New Zealand, but Tina continued to buy their lotto ticket from a Richmond Superette in Taupo.

"Overall it was a group of women from the same background - hard-working women with families, who would have loved to throw in the towel at work but couldn't," she says.

"All absolutely Joe average people, and still are. None of them have gone stupid over the money, and at the end of the day it's $3 million.

"It's a lovely amount of money but you can certainly whittle away at that if you go out and buy big ticket items."

Unsurprisingly, nine of the 10 women in the syndicate have retired since the win. 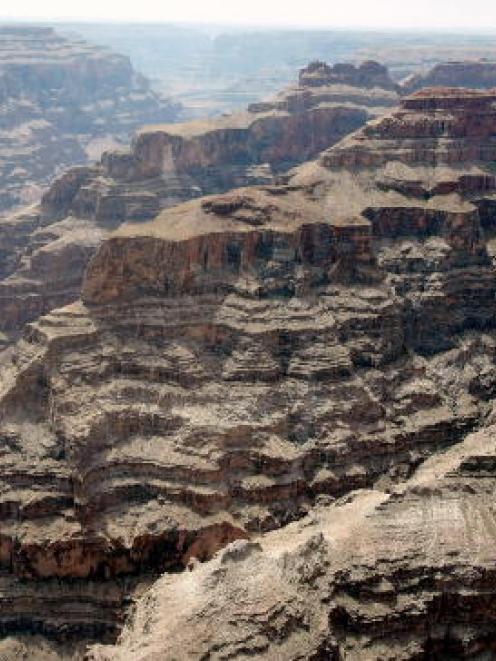 The Grand Canyon. Photo: Getty
Tina herself continued to work until the end of last year at a Taupo dental clinic before retiring. Her own big spends in the past 15 months have been relatively modest.

She was asked by one syndicate woman if she wanted to tag along on her first overseas trip to the US West Coast - "LA, San Fran, Grand Canyon, and the Vegas thing".

"I'd been to all those places before, I didn't really need to do that holiday - but I could!' Tina says.

"And we had a hell of a laugh, brilliant memories. I didn't travel business class, just economy, but I was away with her on that adventure."

"It's a nice car, but it's not high end. Because I could I bought the one with leather upholstery. I specced it up and got a sunroof, but I wasn't looking at Teslas or anything."

There have also been some notable purchases among the syndicate.

A few of the women have helped their children get on the property ladder. Others have helped family start businesses, or pay for unexpected medical costs.

One woman has purchased a berry farm on which she is now living and working.

Another winner is realising their "pipe dream" of building a holiday retreat in the Mackenzie country.

In addition to this, more than 120 family, friends, charities, sports clubs, hospices and St John have been donated winnings from the 10 women.

"It's the little things like being able to help out with babysitting our grandchildren," one syndicate winner said.

Tina says all 10 women still keep in contact, not least by the fact she still buys their same lotto ticket every week.

"Absolutely we still buy our lotto ticket, it's still our little point of contact."

And she says the reaction from average Kiwis to her good fortune has been totally without resentment.

"If it had got out I had personally won $30 million I think my life would have been very different."

"But it was 10 women winning $3 million. People love it, they'll give you a clap on the back and say, 'Good on you, it couldn't have happened to a better person'.

"There's absolutely no green-eyed monsters rearing out of anywhere."