Medical emergency 'was beyond comprehension' 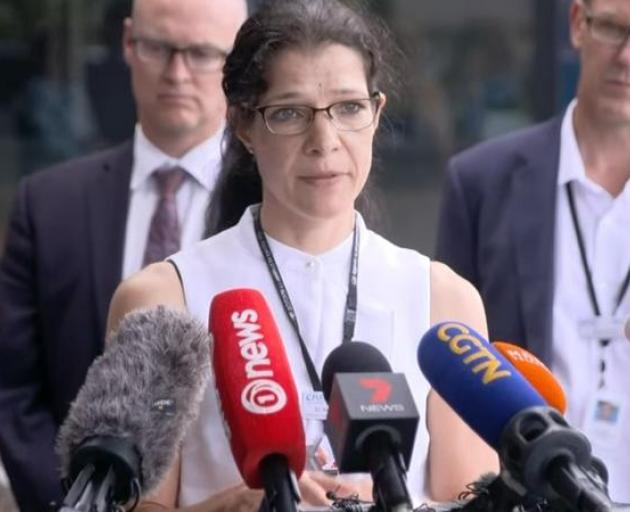 Whakatāne Hospital needed to use every single bedspace and all its resources to deal with the first victims from the eruption on Whakaari/White Island.

Staff have spoken at a press conference outside the hospital. Health Minister David Clark and Police Minister Stuart Nash also spoke at the stand-up.

Whakatāne Hospital medical leader Dr Heike Hundemer said staff at the hospital held mass casualty training exercises, but what they were faced with on Monday was "beyond comprehension".

While they would normally have about six nurses and two doctors in the ED, on Monday there was about 100 staff, and they used every resource and bed space to care for the victims coming in, said Dr Hundemer.

"Monday is beyond anything we would have anticipated. I've never seen this number of critically injured patients coming into an emergency department in such a short space of time."

She said staff were affected by what they saw, and that they knew some of those they were treating or who had died.

Clark said he had met with staff at Whakatāne Hospital about how Monday's eruption affected them, and it was clear New Zealanders should be proud of how the health system responded.

Nash acknowledged to families that communication between families and commander HQ had not been as good as it should have been.

He said a better process was now being put in place to rectify this.

Nash said it was the number one priority for police to recover the bodies on the island, but it must be done in a way that minimised the risk to those who would be involved in the operation.

The official death toll released by New Zealand authorities is eight, following two deaths overnight in hospital, one in Middlemore Hospital and the other in Waikato. Eight others on the island are presumed dead.

There are 23 people receiving hospital care in New Zealand - and up to five others have been airlifted to Australian hospitals. The extent of their injuries is such that skin is being brought in from Australia and the United States for grafts.

Ashley Bloomfield, Director-General of Health, said they were extremely grateful to the Australian Government.

Seven patients have been flown back to Australia.

He said 10,000 sq cm of skin had been sent from Australia, and 100,000 sq cm ordered from the United States. They expect to order more and said it showed the extent of injuries.

"A number of people are in a critical condition," he said.

Four patients at Waikato Hospital in Hamilton - all critical

Most of the critically injured patients are at Middlemore. No patients remain in Tauranga Base Hospital or Auckland City.

Of the patients flown back to Australia, there was one from Wellington, several more from Christchurch and one early this morning from Auckland, as well as some from Hamilton.

Most are  going to Sydney, one to Melbourne and one possibly to Adelaide.

Skin grafts are $4 per sq cm and authorities have already ordered around $5 million of skin.

He said the majority of people were very unwell, needing critical support, including help with breathing.

All those in hospital are now fully identified.