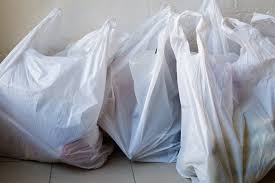 Plastic bags have been phased out of supermarkets. Photo: ODT files
The Government’s plastic bag ban could affect the poorest the hardest, according to advice from the Ministry for the Environment.

To mitigate this problem, the ministry recommended people with Gold and Community services cards receive reusable bags for free.

As of July 1, retailers will no longer be able to sell or give away single-use plastic shopping bags. Instead, people will have to purchase reusable bags that are more than 70 microns thick.

This follows Cabinet’s decision last year to go ahead with a mandatory nationwide phase-out of single-use bags.

A regulatory impact assessment of the ban, written by the Ministry for the Environment, warned there was a risk it could impact on the poor the hardest.

“This could be mitigated by retailers allowing consumers who have Gold Cards or Community Service Cards a discount or exceptions.”

While the intention of the phase-out is to encourage a shift from single-use to multi-use methods of transporting sold goods, the Ministry said it was not possible to control how individual consumers will respond.

“If multi-use bags are not reused by the consumer to the design lifetime of the bags, net resource use may increase – resulting in greater inefficiency and loss of resources, compared to the status quo.”

To mitigate this risk, the ministry suggested providing information on the benefits of reusable bags the consumers, as well as working with retailers and supermarkets.

The impact assessment also showed that the majority of businesses which submitted on the ban’s proposal were in favour of a mandatory nationwide phase-out.

“Kmart submitted that banning single-use plastic shopping bags will reduce litter and plastic pollution, resulting in reduced impacts on wildlife and the environment.”

In total, 62 percent of businesses were in favour of the ban.

Estimates of current single-use plastic shopping bag consumption in New Zealand range from 154 to 323 bags per person per year.

The Ministry for the Environment said this adds up to between 750 million to 1.6 billion bags per year.

It also said the value of imported single-use plastic shopping bags made of polyethylene in 2017 was $15 million.