Photo: Vaughan Elder
Fishing crews in managed isolation and quarantine at Christchurch's Sudima Hotel may have the clock reset on their stay after at least 21 tested positive for Covid-19, Air Commodore Darryn Webb says.

There are 235 people from fishing crews at the hotel - 21 have tested positive for coronavirus. Eighteen of those are confirmed and three are still under investigation.

They and their close contacts are all in quarantine. Their casual contacts within the Sudima hotel are being monitored. 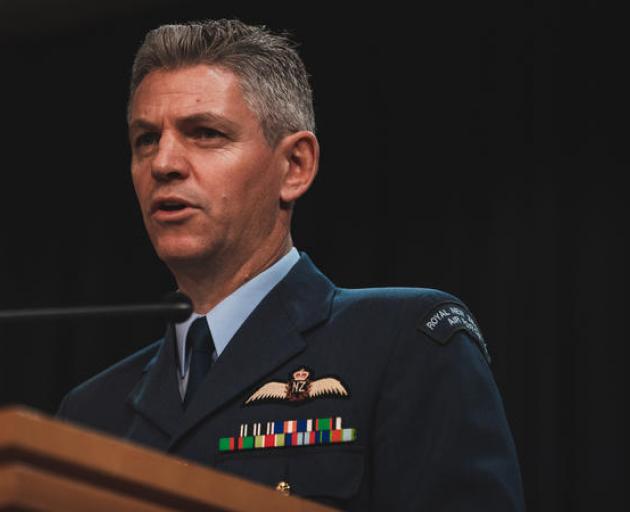 Air Commodore Darryn Webb. Photo: RNZ
Webb, who is in charge of managed isolation and quarantine, said today that some of them were in twin-share rooms, which was commonplace. The maximum number of people in a room was two.

"We have people coming back through our facilities sharing rooms, that's very normal ... these are crew members of fishing scenario who work within close confines with each other.

"It's perfectly logical to imagine them sharing facilities. It is a large number of them and when we are looking at the capacity of the Sudima we need to think carefully about how we manage our potential need for quarantine space."

That means some of the hotel is set aside for quarantining and the rest for general managed isolation.

Webb says if people are sharing a room they are part of a bubble and operate that way.

"I don't see it as a particularly large concern."

He said the management of the crews at the Sudima was no different to the way other managed isolation/quarantine facilities were run.

"We have very careful management of their movement. Close contact definitions are as Dr Bloomfield has described - 15 minutes and two metres separation - so those things are very carefully controlled.

"We have time limitations set upon where they can go into the smoking areas, then they are escorted back into their rooms."

He was not sure if staff at the Sudima were using separate lifts or other facilities.

"I don't have a visual picture of every [of the] 32 facilities. We're really confident with our protocols. They've been effective with nearly 63,000 New Zealanders coming through over the last seven months."

To cope with the fact the fishing crews were coming from countries with high levels of Covid-19 outbreaks, the Sudima was being used exclusively for those from Russia and the Ukraine.

Information had been translated for them and there were translators on site.

After the first days it became clear that more translators were required, so extras were brought in.

"I think we had two to start with and now we have four."

Webb said the impact of the outbreak on the length of stay for the fishing crews was being considered.

One option was "resetting the clock".

"It's early days in that process. We're working closely with the Ministry (of Health) and the (Canterbury) DHB to come to the right conclusion."

The next flight of crew for the facility were due to arrive on November 2 and it was possible they would be delayed, Webb said.