More kids in poverty than people in Dunedin: Report 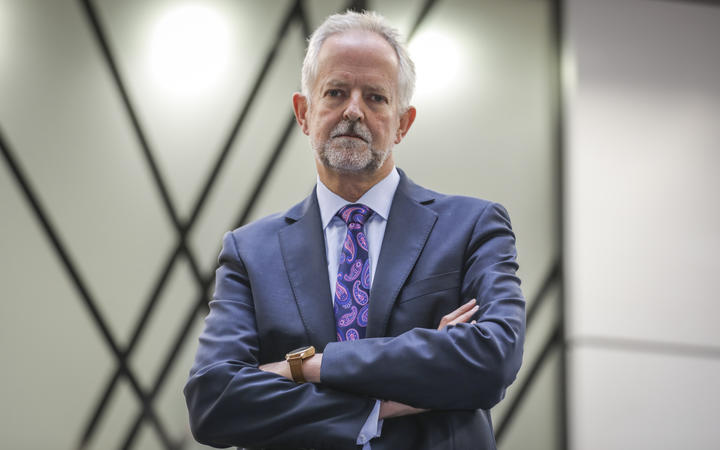 Children's Commissioner Andrew Becroft says the affected children are going without essentials. Photo: RNZ
Figures in a new report suggest the number of children living in serious poverty is greater than the population of Dunedin.

The 2019 Child Poverty Monitor also shows that those living in areas of high deprivation are three times more likely than other children to be admitted to hospital.

"We have 254,000 children living in households with less than half the median income after paying for their housing."

He said big and bold changes were required to support the 148,000 children needing help.

Stats NZ says Dunedin's population is a little over 130,000,

"And the government needs to move much faster at increasing the supply of social housing - building, buying and repurposing - and working closely with community-based housing providers."

The annual Child Poverty Monitor is the work of a partnership between the Office of the Children's Commissioner, Otago University's Child and Youth Epidemiology Service and the J R McKenzie Trust.

Mr Becroft was pleased with Child Poverty Reduction legislation, the Child and Youth Wellbeing Strategy, and linking benefits to wages.

"Government has made increases in Working for Families, Best Start for Children, and winter energy payments. This is a fantastic start.

"But we need to see significant and permanent changes to unlock opportunities for those doing it hardest. One-offs aren't going to cut it anymore."

He told Morning Report there were two aspects to be addressed.

"We need an increase in incomes, some courageous decisions about benefits. Secondly we need to massively increase state housing supply. Housing, income levels are crucial."

He said benefit needed a 20 percent to 40 percent increase at the minimum - that's a $2 billion spend.

"We're playing catch up to make up when benefits were slashed in 1991. We've never recovered from that. The gap between benefits and wage growth has got wider and wider."

'We've got the money in the bank'

He suggested free lunches rolled out across more schools, free dental and mental care through to ages 18 or 21.

"We're talking about families struggling on $400 to $500 a week, where over half of that - as it is for almost all beneficiaries - is on housing, the rest is left for essentials."

He said there was usually next to nothing left for sports clubs registrations, music lessons, or birthday gifts for friends.

"We've got the money in the bank, we just need to commit ourselves to prioritising children."

He said the minimum wage going up in the next year was a great step.

"There's been great economic growth in New Zealand," he said.

"We could spend pretty easily. We could do for the under 18s what we did for the over 65s if we had the will."

Gerry Forde of the Spirit Army organisation in Invercargill that helps struggling families said while government agencies provided good support, it's not the government or money that could solve poverty - it was the community.

Mr Forde said for many of the families they were helping, trauma was one of the biggest causes of their poverty.

"Money's not the problem. The problem - and this is the reality for most of the problems in society - is these parents have been terribly and horrifically abused as children. And that has destroyed their sense of identity, their belief in themselves. This is exactly how all of them will talk to you," he said.

"They fundamentally believe they are a piece of crap. And how can anyone who has that basic belief ever achieve anything in life?"

Spirit Army mentors have helped get beneficiaries off their benefits and back into the workforce, they've prevented parents from attempting suicide and have connected families to social groups for support.

Mr Forde said the path wasn't always straightforward, but they'd seen a lot of people set free from some of their struggles.

What happened to our great PM who told us the government will end child poverty .

The government needs to make a moratorium on landlords making rent increases. Just increasing incomes is too simplistic and just invites greedy landlords to help themselves to another pay rise they don't really need. No one ever mentions this from my memory.