Mum jailed for 'sadistic' abuse abuse of her 9 children 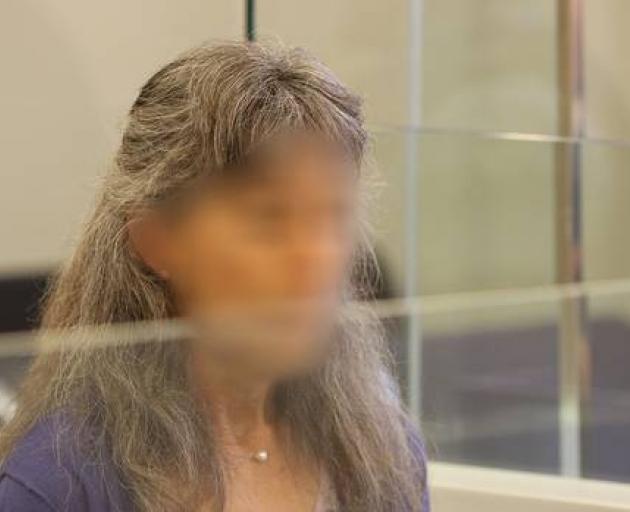 The woman was jailed for four years for the "systematic" abuse of her children. Photo: NZ Herald

A Kiwi mum punished her nine children over several years for their "sins" by making them do demeaning tasks such as holding bricks above their heads for hours on end and submerging them in a swimming pool during winter.

For nearly two decades nine children were abused by their mother to atone for their "sins".

They were starved, submerged overnight in cold swimming pools, ordered to run "punishment marathons", and forced to wear signs around their neck which read "liar".

To the outside world their mum appeared to be nothing more than a devout Christian parent, home schooling her nine sons and daughters.

On the inside, however, it was an isolated childhood living in fear and pain.

The abuse only came to the attention of police in 2017 when the five eldest siblings had left home, nearly 20 years after their mistreatment started in 2000.

On Monday the children watched as their emotionless 52-year-old mother was sent to prison.

Throughout much of the sentencing hearing in the Auckland District Court, the woman, who cannot be named to protect the identity of her children, was in a statue-like state.

Her only movements to turn towards the public gallery to eyeball her children and the Herald's reporter.

Judge Nevin Dawson said the woman's "punishments were prolonged and sadistic". He imposed a four-year term of imprisonment.

Six of the woman's children had given evidence during their mother's trial this year before she pleaded guilty halfway through the hearing to six charges of cruelty to children and two charges of assault on a child, one of which was representative.

Further charges were withdrawn by the Crown at sentencing.

The children told the jury of the cruel and bizarre punishments their mother would give them for their "sins", often for simple things such as spilling something on the floor.

For years they were ordered to stand with their heads against a wall, crawl on their hands and knees for a day, had food withheld and told to eat grass "like a sheep" or scum from the kitchen sink.

Their mother also built an 800m circuit for her children to run on for hours on end.

Sometimes they were forced to run nude and while holding bricks above their heads in the summer until they began vomiting and suffered from heat stroke symptoms, the court heard.

The children, some as young as 5 when abused, were also repeatedly thrown down stairs.

One of the woman's children, now in her mid 20s, said she still suffers the physical and psychological consequences of growing up under the influence of her "righteous" mother.

"I am still learning that I am not stupid, disgusting, dumb and a servant," she said during the sentencing hearing.

Her mother, the eldest daughter said, would lie "inside and outside the family" in an attempt to manipulate her children's relationships.

"We constantly lived under a cloud of her control," she said. "We had no privacy, we had no rights."

She said she has suffered "major emotional underdevelopment" and is constantly reminded of a life without a loving mother figure.

"It is not right that we grew up with a sense of normality about the abuse," she said. "I cannot see that she will have any kind of a mother's place in our lives."

The eldest daughter explained she now also requires hearing aids in both her ears, due to damage doctors believe was caused by being slapped across the head by her mum.

Another of the woman's adult daughters, now in her early 20s, said she questioned what was a normal childhood.

"Whether it is normal for a mother to tell their kid to eat grass as a punishment?

"If punishments ran into meal time, that would be a meal missed," she explained.

She, like most of her siblings, was regularly beaten with a rubber spatula until she displayed welts.

Daily life under her mum was a "military-like" working day from 6.30am until 11pm.

Sleep loss, malnourishment, fatigue and self-blaming was common amongst the children, she said.

On one occasion, she explained, her punishment for a "crime" saw her mother make derogatory remarks about her body while she was forced to expose herself in front of her siblings.

"It is the emotional scars that impact me the most," she said.

After leaving her mum's abusive grip, she learned her daily headaches were not a normal occurrence for a healthy young person.

A doctor has told her it may be due to head trauma, she said.

The children's father, their mother's husband, had split from the woman and was "genuinely sorry" about what happened to his children.

He has attempted to make amends with his children, the court heard.

Crown prosecutor Jo Murdoch told the court the mother had claimed to a psychologist before sentencing that her actions were in line with a strict parenting approach.

She also claims, Murdoch said, to have been made a "scapegoat" in a wider conspiracy.

But the woman's lawyer, Phil Hamlin, said his client now accepted responsibility for her actions.

"Although she accepts she did wrong, she was trying to do right," he said. "Her children were the sole focus of her life."

The court received 36 letters of support for the mother.

Judge Nevin Dawson, however, said the woman was cruel to her children in a way "which simply cannot be justified".

He said the woman had raised her children in a "conservative Christian lifestyle" and used her authority to abuse the trust of her sons and daughters.

When the woman pleaded guilty mid-trial the evidence against her was "overwhelming", the judge said.

"You went far beyond what could ever be imagined as necessary for good parenting."

"a devout Christian parent". That says it all really, what else do you need to know?

An abused person herself, conditioned by extremist fundamentalism.