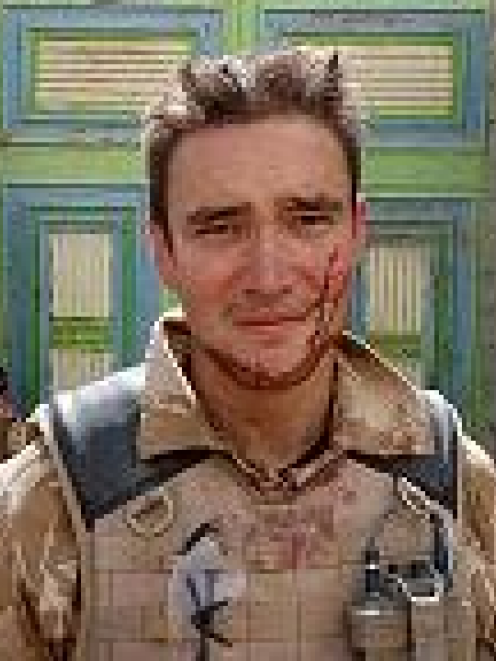 James McKie
The father of a New Zealander who saved two British Army colleagues from a Taliban grenade attack in Afghanistan says his son performed a "brilliant and courageous act".

Wellington-born rifleman James McKie (29), scooped up a live grenade and hurled it away just seconds before it exploded during a firefight in Afghanistan's Helmand province six days ago.

His actions saved the lives of two British Army soldiers from the unit he has been stationed with in Afghanistan for the past five months.

He served as a medic for seven years before he left in 2006 to pursue a career in the British Army.

Rifleman McKie and two other soldiers were under fire on a compound roof in the Sangin area of Helmand when a Taliban hand grenade struck his platoon commander and landed at his feet. Rifleman McKie immediately picked up the grenade and hurled it as far as he could.

"I knew that I had to get it away from us," he told Sky News. "I remember thinking that if I didn't pull this off, it was going to hurt."

"There was no way you could throw yourself off and not get injured, so I made a decision to pick up the grenade and throw it off the roof," Rifleman McKie said.

"My platoon has taken a lot of casualties. I really didn't want to see anyone else get hurt."

Commanding officer Captain Graeme Kerr, who was recovering in hospital in Britain, said he owed his life to Rifleman McKie's brave actions.

"Bearing in mind you only have three seconds when it lands by your feet and half a second to make a decision and another three seconds to throw it, that's pretty heroic in my book," Capt Kerr said.

"He's one of those very brave people that has a complete disregard for his own life and a high regard for other people's." His father, Andrew McKie, said he was incredibly proud of his son's "brilliant and courageous act".

"He was probably seconds away from dying," he told NZPA. "I'm just glad he came out of it. My heart's with the people in his unit who have been killed over the last week who weren't so lucky."

Rifleman McKie had continued to fight on the front line after he was injured.

"I think he was very dedicated to his mates, and he wasn't that badly hurt, so he stayed with them."

Mr McKie said he was apprehensive about his son fighting in "an extremely dangerous place".

"You don't get immune to it and always worry. Every day there's a new death of a soldier in Afghanistan, it really comes home to you," he said. "But that's his choice, that's what he wanted to do."

Rifleman McKie grew up around army camps, where his father had served as Warrant Officer Class 1 until he retired in 1991.

He was stationed in Waiouru and Palmerston North before "he'd done his dash in the New Zealand Army".

"He wanted a bit of adventure I think, and he'd read all about the British Army, what they were doing," Mr McKie said. "It took him a year to get into the British Army, he sort of slept on a couch in London doing all the paperwork and everything."

Mr McKie said he was looking forward to seeing his son again.

"I'm obviously extremely proud, and hopefully when he gets back to New Zealand in May on holiday we'll have a good catch up.

"I just hope he keeps his head down for the next three weeks, because that's how long he's got to go in Afghanistan."

Rifleman McKie is in line for a British Army bravery award.