Attorney-General David Parker says there's been no decision yet on a possible appeal to a High Court ruling that some of the country's alert level 4 lockdown was unlawful.

Lawyer Andrew Borrowdale had argued the Director-General of Health Ashley Bloomfield went beyond his powers and put the country into lockdown unlawfully.

Justices  Susan Thomas, Geoffrey Venning and Rebecca Ellis heard the judicial review at the High Court in Wellington late last month and their written decision was released this afternoon.

Borrowdale had sought the court rule that three actions by the Government in the early stages of the lockdown were unlawful.

The first was public statements made by the prime minister and other officials during the first nine days of lockdown, the second was regarding three orders made under the Health Act, while the third was about the definition of essential services.

The judges concluded that from March 26 to April 3, the requirement for people to stay at home and in their bubbles was justified, but unlawful.

"Those announcements had the effect of limiting certain rights and freedoms affirmed by the New Zealand Bill of Rights Act 1990 including, in particular, the rights to freedom of movement, peaceful assembly and association," the judges said.

"While there is no question that the requirement was a necessary, reasonable and proportionate response to the Covid-19 crisis at the time, the requirement was not prescribed by law and was therefore contrary to s 5 of the New Zealand Bill of Rights Act."

A new order was introduced by the Government on April 3 which corrected that.

The judges said Borrowdale's other challenges to the lockdown and the early Covid-19 response had failed. 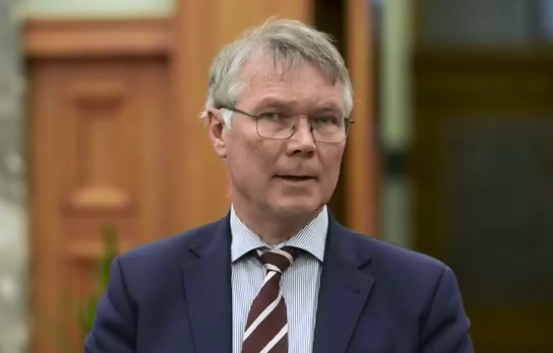 David Parker: "The court found that the requirement to stay home and in their bubbles was a necessary, reasonable and proportionate response to the Covid-19 crisis at that time." Image: RNZ
Attorney-General responds to ruling

The current lockdown orders made under the Covid-19 Public Health Response Act 2020 are not affected by this judgment.

David Parker told media late this afternoon that the Government does not think there are any consequences and was happy the Crown had, in its view, won the major points.

"What we were trying to do during those early days was take people with us from ... very few restrictions to ... very broad restrictions.

"You can see that the court has gone to a lot of effort to record that this was an emergency... they just think things should have been written down a little bit more.

"In some way, the health act has been vindicated."

But where it was out of date was in the way decisions were taken.

"I would expect that when all of this has passed ... that we will have a look again as to whether the health act will use the format that is in the Covid response."

He was not critical of those who had brought the case against the Crown, saying it was an important issue and acknowledged the ability to hold the Crown to account as also important.

"We always thought we were acting legally all of the way through.

"The main point in this case has been that is was beyond the power of the Government ... that kept everyone in their bubbles and close businesses."

That had been upheld by the court, Parker said.

He cautioned against over-reading the judgment.

He said the issue with the first nine days being an oral request - rather than a former order - was cured by April 3.

"We can be confident in the Orders made and enforced.

"However the court did find that there was a breach of the Bill of Rights Act in the first nine days of the alert level 4 lockdown, because the original oral request for people to stay home and in their bubbles was not put in a formal order until 3 April.

"Importantly, though, the court found that the requirement to stay home and in their bubbles was a necessary, reasonable and proportionate response to the Covid-19 crisis at that time." 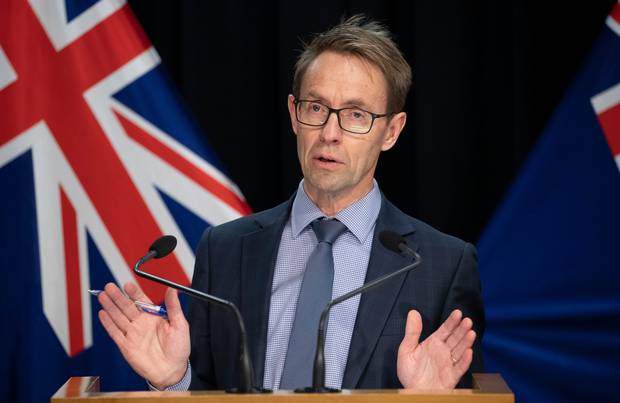 Dr Ashley Bloomfield: "The absolute priority was to get the lockdown in place and that drove every aspect of what we did... we needed to move, and had no time to sort out the exact details. Some things would have to get sorted out later." Photo: NZ Herald
The first order made at the start of level four lockdown was a ban on congregating and the closure of non-essential businesses, but it did not require people to stay home and in their bubbles, The New Zealand Herald reports.

Those obligations were instead conveyed to the public by Jacinda Ardern and other officials in media briefings from March 23 onwards.

The court has agreed the statements conveyed New Zealanders were required - under threat of police enforcement - to stay at home in their bubbles, despite the fact it was not legally supported at the time.

Until Order Two came into effect on April 3, those restrictions were an unlawful limit on Kiwis' rights and freedoms.

The court did not find any laws were "suspended", and said the power to impose the restrictions existed but was simply not used until April 3.

The court recognised the state of emergency went some way to explaining what had happened, and declared the requirement was still a necessary, reasonable and proportionate response to the Covid-19 crisis at the time.

In an affidavit to the court, Bloomfield described the approaching wave of the pandemic, and said there was "only one shot" at stamping out the virus.

"We realised that 'go early' had changed to 'go right now', and there was no time left. What we thought could be done in two weeks or two days had to happen now: it was quite literally now or never," he said.

"The absolute priority was to get the lockdown in place and that drove every aspect of what we did over that period: we needed to move, and had no time to sort out the exact details. Some things would have to get sorted out later."

In the court decision, Justices Susan Thomas, Geoffrey Venning and Rebecca Ellis concluded the effect of the statements from Ardern and other officials caused New Zealanders to believe they were required by law to stay home and in their bubbles when - for the first nine days - it was not the case.

They made a formal declaration that the statements made in the initial part of lockdown were not lawful, and therefore limited the rights of New Zealanders.

It's believed there will be few, if any, prosecutions affected by today's findings.

Bloomfield's first three orders under section 70(1) of the Health Act 1956 forbade congregations, except for those with social distancing, required the closure of non-essential businesses, and required all people to be isolated or quarantined at home.

Borrowdale argued the orders went beyond the "special" authorising powers in section 70 and that they, too, unlawfully limited the New Zealand Bill of Rights Act.

But the court found the spread of the virus, a need to protect public health, and the nature and history of emergency powers under section 70 reinforced the need for a liberal interpretative approach to the legislation.

They said the section was meant to be read as applying to circumstances as they arise, and that the powers clearly contemplate the restriction of fundamental rights in a public health emergency.

Borrowdale also said Bloomfield had exercised an unlawful delegation of his powers because it had been left to the Ministry for Business, Innovation and Employment (MBIE) to define what an essential business was.

But the court found Bloomfield had clearly defined what essential businesses were, and that MBIE's online list served only as interpretative and advisory.

It was for the greater good - and thank goodness it went ahead.

It's still unlawful. Slamming through draconian "enforcer" legislation under urgency whilst the country and its representatives were in a manufactured panic was also a crime for which history will judge this government harshly.

I wonder whether other provisions of the HRA are as welcome. Prohibited discrimination on the grounds of race, gender, religion, and disability for example.

Was there any need for this case? The lockdown was in our nation's best interest and I for one don't have any problem with it. I don't believe for a second that any harm was done to anyone, and this case has been a huge waste of money and time. I can think of better use for the money and time wasted - like development of a vaccine.

An exercise in legal technicalities, or a vexatious action? Hard to tell. I really don't consider it at all constructive. And despite PB's strident (and as yet untestable) theorizing, it hasn't even resulted in a clear cut decision for either side.

A waste of time and money, in other words. Beware of being more clever than smart, I suppose. To quote Douglas Adams: "Man goes on to prove that black is white and gets himself killed on the next zebra crossing."

Just another reason to regard lawyers with contempt.
Why did he bother with this expensive waste of energy and time? Is he after fame, or just another right whinger annoyed by Jacinda's success, or is he upset more Kiwis didn't die?
At the end of the training manual for pilots there was a paragraph that stated that pilots could disregard all the rules in order to save life or property.
Finally, I would like to say one word to David Parker: Boo.

Jacinda's success? hard to find any of that in the real world

Yes it may have been in our best interests but if we don't do things like this to challenge then where does that leave us?, it leaves government allowed to totally override our rights and freedoms, it is after all why we have the New Zealand Bill of Rights act.

The government advised the first lockdown, which was not mandatory, because it didn't want to be coercive. Given legal action and criticism, looks like people would prefer coercion.