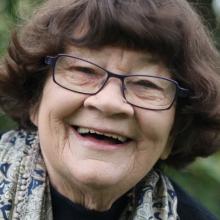 Joy Cowley
All Blacks great Bryan Williams ruled on the rugby field and designer Denise L’Estrange-Corbet has taken the fashion world by storm.

Now he is a knight and she is a dame.

The try-scoring sensation and the World fashion house co-founder are among a list of outstanding contributors to New Zealand community, culture, entertainment, government and sport who have been recognised in the New Year Honours.

Heading the prestigious list is  children’s fiction writer Joy Cowley, who is now a member of the Order of New Zealand.

Ms Cowley,  whose appointment is for services to New Zealand, is one of the country’s  most prolific and successful authors. Prime Minister and Minister for Arts, Culture and Heritage Jacinda Ardern congratulated the 179 New Zealanders on the 2018 honours list.

"Although this list was compiled and completed by the last government, it is a pleasure to welcome in the new year by recognising exceptional New Zealanders," Ms Ardern said.

Appointed dames companion of the New Zealand Order of Merit are Denise L’Estrange-Corbet,

Dame Naida is recognised for services to Maori and the community.

The chief adviser Tikanga Maori with He Kamaka Waiora, Maori Health, for the Waitemata and Auckland District Health Boards, she has championed appropriate cultural support for Maori patients.

As co-founder of fashion house World in 1989, she has continued mentoring of up-and-coming designers, judging events and public speaking.

In 2015, World became the first fashion brand to be globally endorsed by the United Nations for its  Global Goals project T-shirt design. Dame Denise appeared in the first Like Minds Like Mine campaign in 2001 on anti-discrimination towards mental illness. Dame Georgina is recognised for services to the State and Maori.

She served five terms as an MP, until retiring in 2011. She has  chaired Maori Television since 2012. Appointed knights companion of the New Zealand Order of Merit are Bryan Williams,  John Clarke and Douglas White.

Recognised for services to Maori and heritage preservation, Sir John has held a range of roles in education and Crown agencies. Since the mid-1990s he has played a role in almost 30 completed Treaty settlements.

Sir John has been a cultural adviser with the Office of Treaty Settlements since 1997 and to the Crown Law Office since 2004. He has been chairman  of the Maori Heritage Council since 2013.

Sir Douglas,  whose appointment is for services to the judiciary, was a judge of the Court of Appeal from 2012 until his retirement in 2015. He was a High Court judge from 2009, after having practised as a Queen’s Counsel from 1988. From 2005-07 he was the legal adviser to Dame Margaret Bazley in relation to the Commission of Inquiry into Police Conduct. He was appointed president of the Law Commission in 2016.

All Black legend Sir Bryan  was recognised for services to rugby.

He played for the All Blacks from 1970-1978, provincial rugby for Auckland and club rugby for Ponsonby, and coached the Samoan national team in the 1990s. He was appointed president of New Zealand Rugby Union from 2011-13.

Former United Future leader Peter Dunne has been made a companion of the New Zealand Order of Merit.Appointed for services as a Member of Parliament, Mr Dunne was an MP for 33 years, holding the Ohariu electorate for 11 consecutive terms until he retired from politics in 2017.