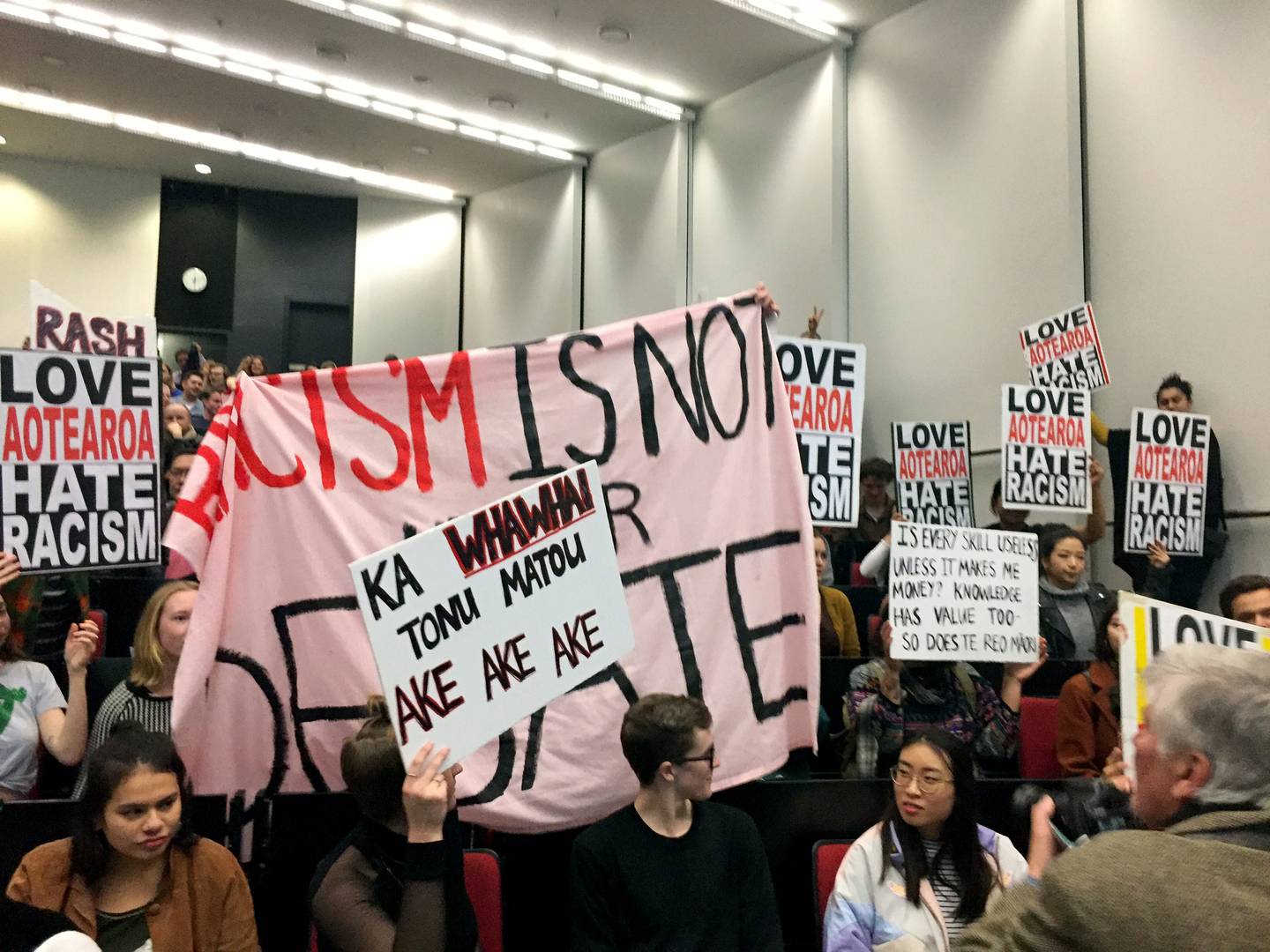 Protesters inside the freedom of speech debate at the University of Auckland where Don Brash spoke. Photo: NZ Herald
Protesters made their mark at a free speech debate when former National party leader Don Brash took to the stage to defend the right to freedom of expression. 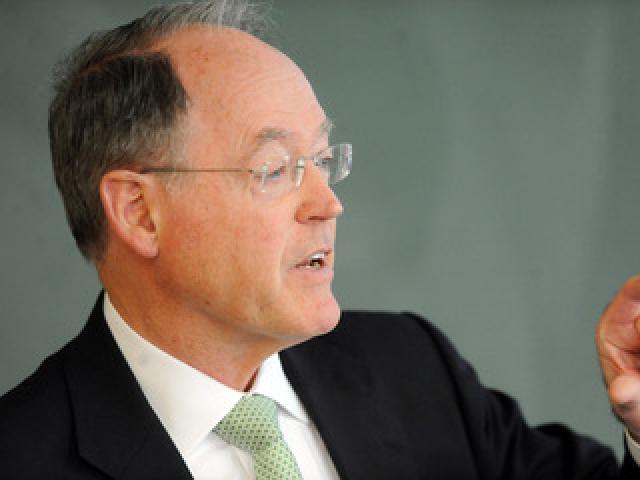 Don Brash
Almost 600 people packed out a lecture theatre at Auckland University to debate whether the politically correct culture had gone to the point of limiting freedom of speech, with speakers facing plenty of heckling from both sides.

A group of protesters holding signs took the chance to make their thoughts known when Brash took to the stage to argue political correctness had gone too far.

A protester with a loudhailer delivered a speech in Maori as he came to the podium before another protester translated it.

Brash thanked the protesters for making his point for him and left the podium rather than try to speak over the yelling from the crowd.

However, he returned to argue his case a few moments later after his supporters began to chant his name.

New Conservative party deputy leader Elliot Ikilei opened the night by delivering his argument in Maori and receiving shouts of "traitor" when he summed up saying the PC culture was "irreparably hurting" society.

Also arguing against PC culture was University of Auckland student Piper Whitehead who said people from the right felt attacked when their opinions were quashed by a politically correct culture.

Brash was last in the team to speak, saying the lack of freedom of speech was evidenced by the threats received by those who dared to speak out against popular opinion.

"You've got to tip-toe through those issues in New Zealand today," he said.

Herald journalist Simon Wilson opened for the opposing team, condemning the Massey University decision to ban Brash from speaking but saying free speech was not in danger in New Zealand.

The Herald's head of business Fran O'Sullivan said there was a difference between freedom of speech and freedom of thought. She argued a PC culture made society more welcoming to all groups.

The debate comes on the heels of Brash's speech to the Massey University Politics Society being banned because of security concerns around protesters.

The issue arose after his defence of the right of controversial right-wing speakers Lauren Southern and Stefan Molyneux who were banned from speaking at Auckland Council venues. They were due to speak at The Powerstation instead, until the venue owner pulled the plug at the last minute.