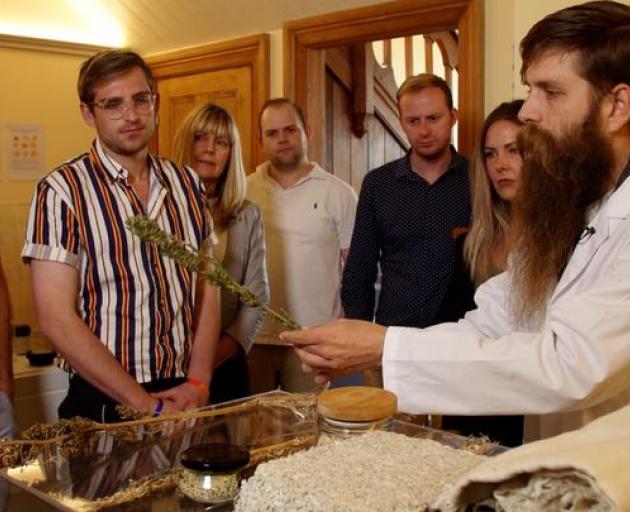 Abe Gray with a group of visitors Photo: Supplied
Christchurch's oldest commercial building will reopen tomorrow for the first time in nine years as a boutique cannabis museum.

The 159-year-old Shand's Emporium building has been closed since the 2010 Canterbury earthquake.

The Heritage New Zealand category one building was moved from its Hereford Street site in 2015 to its new home on Manchester Street in the central city by the Christchurch Heritage Trust. 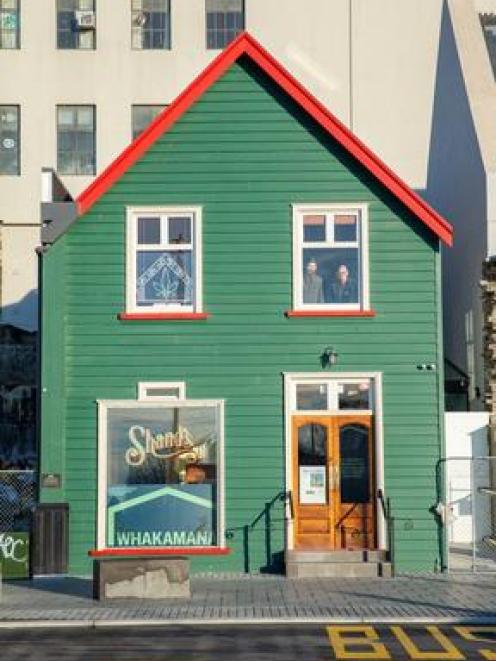 The restored Shand's Emporium building is reopening as Whakamana, a cannabis museum. Photo: Supplied
The building will be the new home of Whakamana - The New Zealand Institute for Cannabis Education, Research and Development, which was first opened in Dunedin in 2013 by botanist and cannabis activist Abe Gray.

Mr Gray said the focus of the museum was on education and re-opening Shand's as a boutique cannabis museum was an important step in that plan.

"Being informed and understanding the issues related to cannabis, is absolutely essential to making good decisions.

"Cannabis has been used in some cultures for thousands of years. It used to be the number one industrial crop globally and many don't know that medicinal cannabis was legal in this country less than a hundred years ago," Mr Gray said.

Whakamana will lease Shand's for next five months while they carry out a crowd funding campaign to raise $1 million to transform the adjoining Trinity Church into a permanent space.

Mr Mayell said the ultimate plan was to develop Whakamana to include a hemp food eatery, an alcohol-free nightclub and a cannabis dispensary, should the 2020 referendum on marijuana allow for it.

Mr Mayell said Whakamana would be a community project.

"This New Zealand first will be owned by the public for the public and as interest has already been very high, we are confident that we will reach our goal."

Shand's will open at 11am Wednesday for a gold coin donation, with all proceeds going to the restoration of the Trinity Church.