A real estate agent says the Christchurch City Council was "unprofessional" not to advise him of earthquake design concerns at a new central city building.

Three engineering companies have raised multiple serious concerns with the steel frame, foundations, piles and a column at the unoccupied building in the main shopping precinct.

He was told it was awaiting a final certificate of code compliance, but he said neither the developer, Hyan Kim, or the city council told him they were dealing with serious seismic concerns.

"I would have thought there would be some disclosure," Mr Harding said. 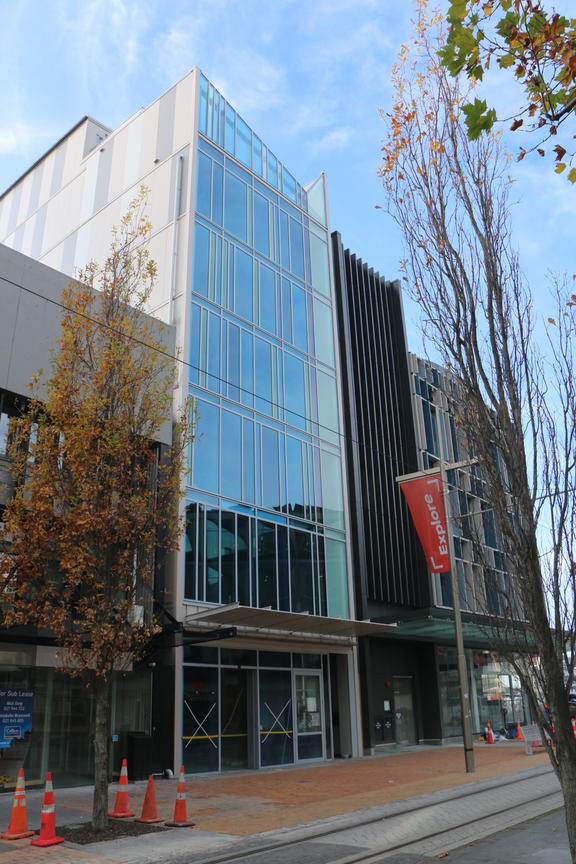 230 High Street Christchurch is the narrow, glass-fronted building in the centre. Photo: RNZ
Real Estate Authority rules say agents should be told by a property's seller "everything they know, when they know it", and he had not been.

Mr Harding said he pulled back from marketing when he learned of consenting issues - but he has never heard from the council about the building.

Mr Kim has not responded to requests for comment.

A report leaked to RNZ shows it took the city council nine months, until last August, to get a peer review by Holmes Consulting that confirmed initial fears raised by independent engineer Aurecon in late 2017.

Ministry of Business, Innovation and Employment said Christchurch City Council was responsible for "considering information relating to the building and its safety".

"Any actions needed to be taken to ensure public safety under the Building Act will be considered by the council," Katie Gordon from the ministry determinations unit said in a statement.

Her unit is now looking at what to do next via its quasi-judicial determinations process.

This process was triggered by the council last November, after the original engineer, Seismotech Consulting, disputed Aurecon's and Holmes' identification of numerous non-compliant designs.

Society of Earthquake Engineers president David Whittaker declined to comment because he works for Beca.

Engineering New Zealand has so far not commented, neither has the Society of Structural Engineers. 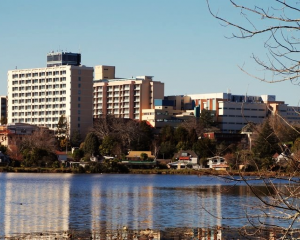