Prisoner votes not a priority: minister 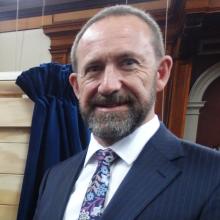 Andrew Little
Prisoners look unlikely to get the vote any time soon even after a Supreme Court ruling in their favour.

The country's highest court released a decision on Friday, upholding a High Court decision which said the voting ban was inconsistent with the Bill of Rights.

The former National government banned all prisoners from voting in 2010. Before then, inmates were allowed to vote if they were incarcerated for less than three years.

Justice Minister Andrew Little told reporters he personally disagreed with the ban, but the government as a whole had yet to take a position.

"It's not that much of a priority," he said.

"We haven't even had a discussion about that and it would be wrong for me to express any view on behalf of the government about it."

Ministers were unlikely to consider the issue for at least a year, he said.

In 2015, the High Court ruled the policy was "inconsistent with the right to vote" guaranteed under the Bill of Rights Act.

The Attorney-General has now twice failed to overturn that ruling in both the Court of Appeal and Supreme Court.

However, the declaration does not require Parliament to change the law.

Mr Little said the government was pressing ahead with legislation which would require Parliament to reconsider legislation in the case of such "declarations of inconsistency".

"Every now and again Parliament does pass a law that is not only inconsistent with the Bill of Rights but egregiously inconsistent.

"People get caught up in the heat of the moment. There needs to be a safety valve for that."