The first lunar mission to take-off from New Zealand has launched successfully.

Rocket Lab launched Nasa's Capstone micro-satellite on an Electron rockets from Mahia at 9.55pm yesterday. In a post, the Kiwi-American firm said the launch was "flawless".

A small Rocket Lab spacecraft called the Photon - which doubles as the Electron's upper stage - will now ferry the microwave-size Capstone into a series of progressively higher orbits then on toward the moon.

All going to plan, on November 13 it will place Capstone into an experimental halo orbit lunar orbit (a lopsided ecliptical path that will take it as close as 1600km to the lunar surface and as far away as 68,260 km).

If all goes to plan, Nasa will later put a small space station into the same orbit as a precursor to returning astronauts to the moon under the US space agency's Artemis programme.

The cost of Artemis is stunning - some $US93 billion over 13 years.

Rocket Lab's Capstone launch will cost Nasa just $14 million, however, as the Kiwi-American company again seeks to showcase its high-tech but low-cost smarts.

This launch is crucial for Rocket Lab because previous Photon has been used as a "space bus" that places micro-satellites into correct low-earth orbit. This will be the first time a Photon has headed to another celestial body.

It also marks an increasingly close relationship between Rocket Lab and Nasa. 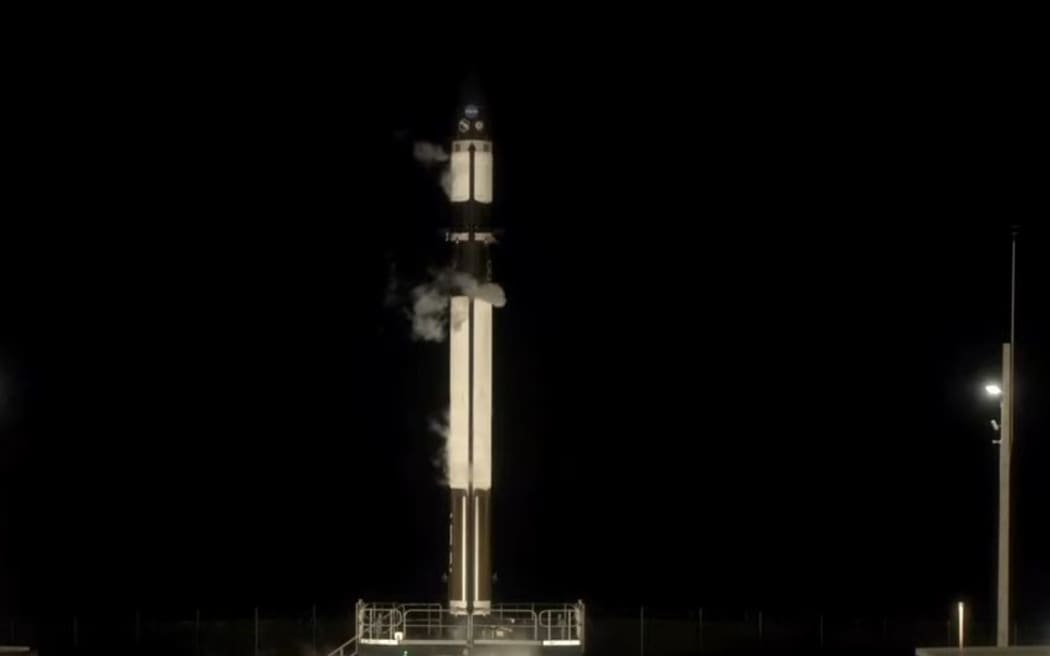 Photo: YouTube
Rocket Lab has a number of projects in the pipeline, including a contract (for an as-yet-undisclosed sum) to design and built two Photon spacecraft that will go into orbit around Mars in 2024, after being carried to the red planet by a Nasa-provided rocket. The mission's aim is to shed light on how Mars lost its once-habitable atmosphere.

Rocket Lab also recently won a contract to make a radiation-hardened solar panel array for Nasa's Glide spacecraft, due to launch in 2025.

Glide (an acronym for Global Lyman-alpha Imagers of the Dynamic Exosphere) will survey the exosphere, the little-understood outermost layer of Earth's atmosphere).

Rocket Lab did not put a value on the Glide contract, but it's part of an ongoing push to diversify its revenue from rocket launches to a lot of business in "space systems" too. And it was possible because Rocket Lab bought SolAero, a New Mexico maker of solar components, for US$80m ($125m) last December - the fourth of a series of purchases of North American space system makers.

Congratulations @NASA and @RocketLab once again! 🇺🇸🇳🇿 going to the 🌙 together! 💫 https://t.co/XpopARQD9D

The Capstone launch comes after a month of mixed fortunes for Rocket Lab's rivals.

Rocket Lab shares, which reverse-listed at $US10 last August and shot to $US18.69 the following month, were recently trading at $US4.10.

While the Kiwi-American firm recently reported that its forward-bookings had fattened to $US550 million, and that it had won major funding from both the US military ($34m) and the state of Virginia ($69m) in support of its new, much larger Neuron rocket, due for its first launch in 2024, its stock has been caught up in the general Tech Wreck 2.0 downdraft.