Scholarship to evoke spirit of Kupe in young Maori 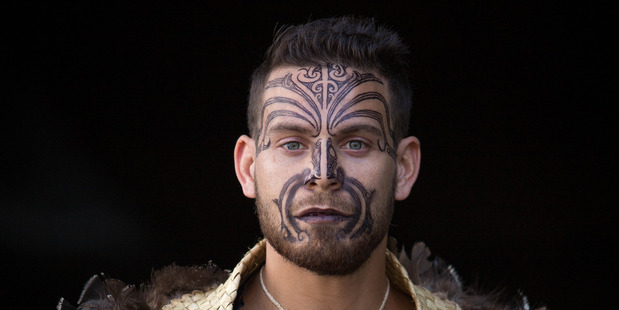 Shay Wright says the scholarship will allow young Maori to honour the spirit of Kupe and 'forge new pathways'. Photo: NZ Herald/supplied
A new $100,000 scholarship to support young Maori to get into top global universities can help young people tap into "unimaginable resources" and make "unbelievable connections" a panellist says.

Forbes Under 30 social entrepreneur Shay Wright is one of the panel members who will pick out students to receive the Te Ara a Kupe Beaton Scholarship, which was developed to honour the adventurous spirit of Kupe, a tribal warrior who journeyed to discover New Zealand.

The aim of the scholarship is to evoke the same spirit in young Maori students and support them to bring their learnings back to improve their communities.

Five students from Year 10 to 13 will be awarded personalised mentoring and education services, worth $20,000 per person.

"Just from my experience having travelled over to Stanford and connected with some of my Maori friends who are studying there . . . [there's] unimaginable resources and unbelievable connections that they're exposed to and that get created there, and I know that actually those prestigious environments are a realistic ambition for young Maori," said Wright.

"They're something that we can feel at home in and it's just a matter of providing the tools and the pathways and support to get there."

Panellist Jamie Beaton said the scholarship was founded to encourage young Maori to "embark on a journey to discover their greatest potential on the global stage".

Beaton, the chief executive of scholarship provider Crimson Education, applied to the top 25 universities in the world and gained acceptance to all of them.

"Maori culture is a cherished part of being a New Zealander, and this is an opportunity to celebrate the culture and brilliance of Maori students," he said.

Historically, Ivy League universities have had few or no Maori students gaining admission, he said.

"This scholarship will give students the tools to embark on rewarding international studies, while allowing the world to experience the exceptional and unique intricacies of Maori culture."

Wright said it would provide students with the support mechanisms young Maori needed to get into new education systems and careers where Maori were traditionally under-represented.

"That wrap around and building of confidence and capability is a really important part of enabling a young person to follow in the footsteps of Kupe," he said.

He spoke about Maori's "cultural capital", saying Maori had a history of adventuring, navigating and innovating, "and we need that same spirit to be captured, to be celebrated now, in the 21st century".

Wright said anybody who identified as Maori could apply for the scholarship, but as a panellist the key thing he would be looking at for applicants would be how they saw the opportunity - not only to build themselves and learn, but the opportunity to use the experience as a tool to make a difference for the people around them.

He wanted to see applicants thinking of the scholarship as a way to bring back skills and new connections to help their communities.

"How are the young Maori looking at this or considering doing something different and learning something new and being a little bold in whatever field that they're choosing to move into?"

The scholarship is being launched for the first time, but it's hoped it can be an ongoing opportunity in the future.

Applications are open until June 14.