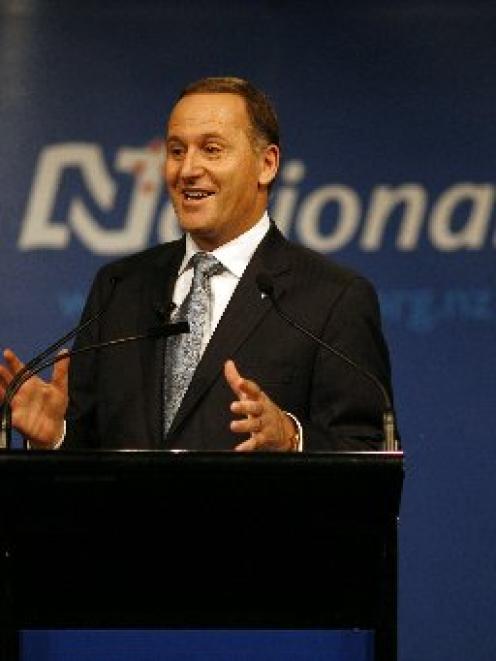 Local employers' associations have taken the opposite view, saying the changes will give larger businesses the flexibility to take on more workers.

The changes, announced yesterday by Prime Minister John Key at the National Party conference in Auckland, include an extension to the 90-day trial period for new employees from small to all businesses, introduction of employer consent for union access to workplaces and the overhauling of personal grievance processes.

Mr Key said the package was "all about policies to help productivity and employment in New Zealand".

"The extension of the 90-day trial period to all workplaces is all about giving prospective employees a shot at work, and giving employers the confidence to hire."

But Labour leader Phil Goff said the lack of new ideas to grow the economy, wages and living standards meant New Zealand would continue to drift, and fall further behind Australia.

"Allowing all New Zealanders to be sacked during their first three months of employment without any reason being given is not a plan for growth and jobs."

Service and Food Workers Union southern region secretary Campbell Duignan said even under the Employment Contracts Act of the 1990s, workers had a right to have their grievances heard, but did not have that right if they were fired within 90 days.

"I think Kiwis have a sense of justice and fairness.

"This runs counter to that."

"Why we're so concerned is you can be sacked for no reason," she said, and with no access to representation.

The changes subtly shifted the union's relationship with employers to an "adversarial" relationship.

Otago Southland Employers Association chief executive John Scandrett said yesterday he had not seen details of the changes, but the 90-day rule had so far extended the scope of employers to take on staff.

"If people genuinely want to work and do a good job, I would have thought to be given the chance would be positive ... It should be a win-win situation."

The opportunity to cash in the fourth week of annual leave was a good idea, provided there was no pressure to do so.

Otago Chamber of Commerce chief executive John Christie said the 90-day rule gave the opportunity for employers and employees to leave the relationship if it did not work.

Mr Christie said relationships between employers and unions were "pretty reasonable" in the South.

Employment law changes
- The 90-day trial period for new employees will be extended to cover all employers.
- Personal grievance processes overhauled.
- Union access to workplaces will require employer consent.
- Employees able to trade one of their four weeks' annual leave for cash.
- Observance of public holidays able to be transferred to another working day.
- Penalties to double for employers not complying with Holidays Act.
- Employers able to ask for proof of employee sickness or injury.