Kiwis have smashed the government's 'Super Saturday' goal of 100,000 vaccine doses today - and Auckland should hit the 90% first-dose target in the next five days.

"The team of 5 million have turned out in record numbers to protect whānau and loved ones. Super Saturday has exceeded expectations and has ensured as a country we are more protected from Covid-19," Ardern said.

"Keeping up this momentum over the coming weeks means we could become among the most vaccinated countries in the world, ensuring we are protected from the virus and can get back to the things we love."

Southerners have made their contribution to the total - around 8pm more than 9500 jabs had been given in the Southern region.

In Dunedin, with the sun shining and ice creams in hand, residents turned out to the Octagon for the mass vaccination event.

A steady stream of people was moving through the Te Kaika vaccination bus, while bands jammed out on the stage for those sitting out their 15-minute post-jab observation period.

The Octagon site is one of 70 across the Southern District Health Board area taking part in the national vaccination push.

Jack Hollis-Wilson rolled his sleeve up for his second jab, and said he was getting vaccinated to protect family members.

"I live with my Nanna and she's kind of important to me so I want to make sure she doesn't get it from me."

He was enjoying the party atmosphere and was listening to the live music while he waited after being inoculated.

Taieri MP Ingrid Leary said it had been not just good to see people turning out to get vaccinated, but also to see those already fully vaccinated coming out and supporting the effort.

The vaccinated had a part to play in listening to the concerns of their unvaccinated peers and helping allay their concerns.

She said her 19-year-old son had received his first vaccine after talking with a trusted family friend.

She called on the vaccinated to treat the vaccine hesitant with kindness.

"Bear with them and direct them to where there's really credible sources of information, because anyone who has access to the information will make the decision to vaccinate.

"The science is overwhelmingly in favour of vaccination." 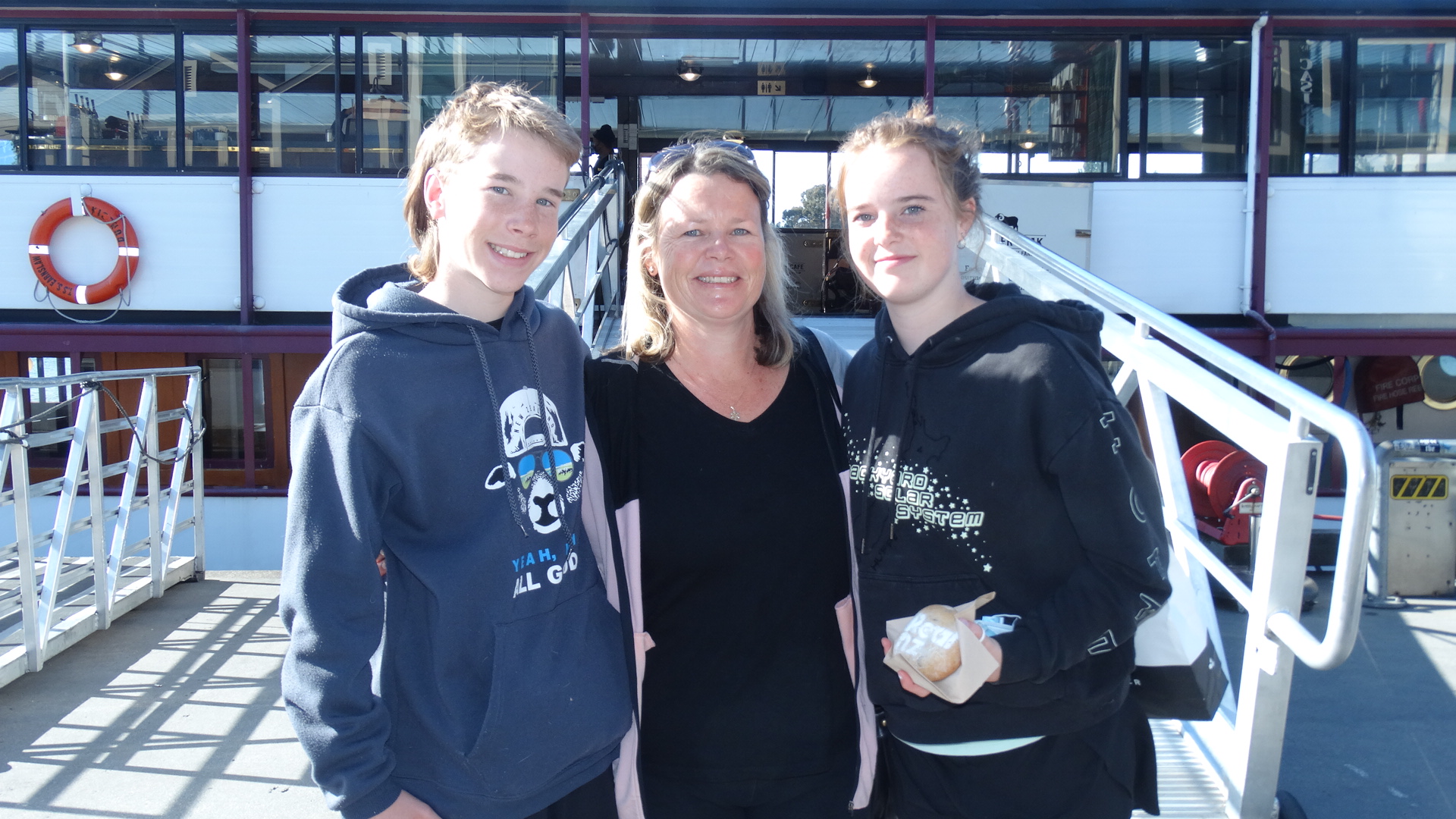 Hayden (12) and Jessica (13) Hodge, with their mother Melanie, received jabs on board TSS Earnslaw in Queenstown this morning. Photo: Guy Williams

Te Kaika chairwoman Donna Matahaere-Atariki said getting vaccinated was acknowledgement of the collective responsibilities people have to each other.

She said it had been particularly pleasing to see lots of Maori and  Pasifika people coming through the event, given the lower vaccination rates in these groups to date.

Numerous clinics and health centres across the South - and the whole country - are open, encouraging walk-ins to get their first or second jab.

Dunedin is already the most vaccinated area in the country.

In Queenstown this morning, a number of people got their jabs on board historic steamship TSS Earnslaw. Among them were were resort residents Hayden (12) and Jessica (13) Hodge, who came with their mother Melanie.

Ms Hodge said Hayden had his first vaccination and Jessica her second.

During the observation period, the family were given hot chocolates and cookies, and to top off their morning, won a ticket for a Doubtful Sound cruise in a spin-the-wheel competition.

Auckland needs about 29,000 first-dose vaccines today to hit the 90% first-dose target - and at 6pm was sitting at around 8500. Officials believe the region will hit the 90% target in the next five days.

Vaccine clinics are opening across the country today as health workers target a 90% vaccination milestone in the coming weeks.

Prime Minister Jacinda Ardern and Director-General of Health Dr Ashley Bloomfield have been going around the Wellington region, as they join the drive to get people vaccinated. And Kiwi A-list stars including Lorde and Taika Waititi have beamed in from the US to join today's Vaxathon.

In Auckland, 300 pre-booked people will have their vaccination on board an Air New Zealand Boeing 787 Dreamliner jet, in business class. In Gisborne, four clinics are offering live music, cheeseburgers and tickets to Rhythm and Vines.