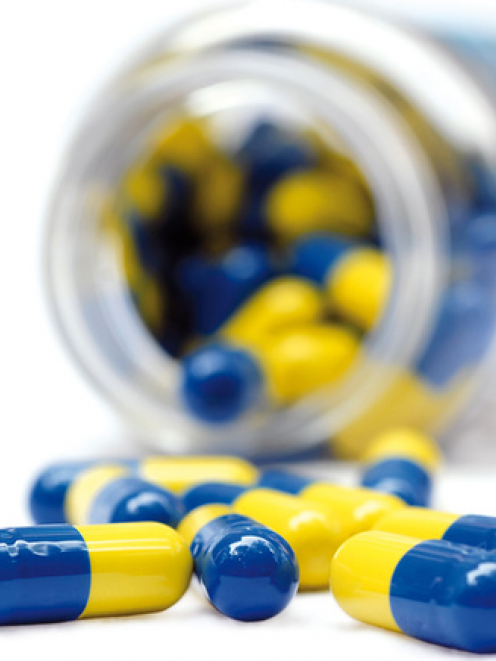 capsules.png
Scientists are warning that the world could be in for an "antibiotic apocalypse", with a rise in drug-resistant superbugs killing 10 million people every year by 2050. Science reporter Jamie Morton discusses the issue with one of New Zealand's best known microbiologists, Dr Siouxsie Wiles of the University of Auckland.

Q. What has prompted these fresh concerns and are the fears real?

A. The fears are definitely real, and the latest wave of media stories are because Lord Jim O'Neill just published his report on the topic, which was commissioned by the UK Prime Minister David Cameron.

We've also just had a report of the first US case of a person infected with a bacteria resistant to colistin, an old antibiotic with nasty side effects that is now only used as a last resort.

While the fear is that we will soon be living in a world with no effective antibiotics, in reality some patients are already living in that world, infected with untreatable resistant superbugs.

Q. We've also seen Lord O'Neill call for bans on the widespread use of antibiotics on animals. What's the connection here?

A. For his report, Lord O'Neill was tasked with coming up with some concrete actions to tackle the issue of antibiotic resistance internationally.

Antibiotics have been widely used agriculturally in some countries for two main reasons: as growth promoters -- to speed up the time it takes to get the meat to market -- and to prevent infections, which is important when animals are factory farmed.

The problem with using antibiotics in this way is that antibiotic-resistant superbugs that develop on farms, don't stay there.

And because people can often carry antibiotic-resistant superbugs without them causing disease, these superbugs can easily move from country to country.

They just hitch a ride on a plane up someone's nose, or in their bowels.

So even if we don't use antibiotics in this way, because other countries do, we are all at risk.

Q. There have been recommendations that pharmaceutical companies should get billion-dollar rewards for developing effective new drugs. What else do you feel needs to happen to meet the threat?

A. We definitely need more government and philanthropic support for the scientists around the world doing research into infectious diseases and antibiotic discovery.

This fundamental research is what enables the pharmaceutical companies to develop new treatments, but has been underfunded worldwide for many years.

Knowing the huge threat we face from antibiotic-resistant superbugs, coupled with the fact that New Zealand's rate of many infectious diseases are higher than countries like the UK, USA and Australia and are rising, I was astonished when infectious diseases were specifically excluded from the three multi-million dollar health-related National Science Challenges.

It's crucial that some of the new funds for health research recently announced by the government be dedicated to tackle antibiotic resistance.

Q. Ultimately, do you think we can actually stay ahead of bacteria? Is there a point at which we might reach the very limit of antibiotic technology that bacteria might eventually advance past?

Antibiotics are generally derived from products made by microbes to kill each other, and they've been doing this since they emerged from the primordial soup, so to speak.

What this means is that it's likely that bacteria have already developed resistance to every form of antibiotic we could discover.

They just haven't shared this resistance genes around yet.

The hope is that using a combination of approaches, we may well be able to keep the nasty microbes at bay indefinitely.

Q. Conversely, do you think it's possible that we might one day have no need for antibiotics, if we can target diseases directly through innovations such as gene-editing?

A. By gene-editing I'm assuming you mean 'editing' us rather than the microbes so we were no longer susceptible to infection?

It's a neat idea but is based on the premise that we know exactly what gene in us we could edit to give us protection.

Say for example, that we know exactly which molecule on our cells a particular bacteria binds to, to invade us and cause disease.

We could only edit the gene for that particular molecule if the change didn't stop the molecule from doing what we need it to do.

Another limitation is that there are so many different microbes that use so many different ways to cause disease, and often using important molecules we need, so this approach still wouldn't work to protect us against every infection.

Q. Besides antibiotics, do we have any credible or effective alternatives to combat these bugs?

A. The best alternative to having to treat people who are infected, is to stop them getting infected in the first place.

Vaccination is the best way we have to do this, where we prime our own bodies to recognise the invaders and deal with them before they can cause us harm.

It would be fantastic if we one day had vaccines for all the superbugs that cause disease.

Unfortunately, scientists haven't yet been able to develop vaccines that would protect us against some really important microbes, as the microbes try to mimic our bodies, so a vaccine designed against them would harm us as well.

A credible alternative that is currently being researched around the world, including here in New Zealand by scientists like Dr Heather Hendrickson of Massey University, is using viruses that infect and kill bacteria, called bacteriophage.

The great thing about using phage, is that they can be very specific for the particular type of bacteria that needs killing, unlike antibiotics which kill many of our 'good' bacteria too.

Just imagine one day breathing in a cloud of viruses to treat a nasty chest infection.

*Auckland University microbiologist Dr Siouxsie Wiles is at the Escape! festival in Tauranga at 5.30pm on June 3, and 2.30pm and 4pm on June 5. See the full programme at taurangafestival.co.nz.