The surging cost of electricity 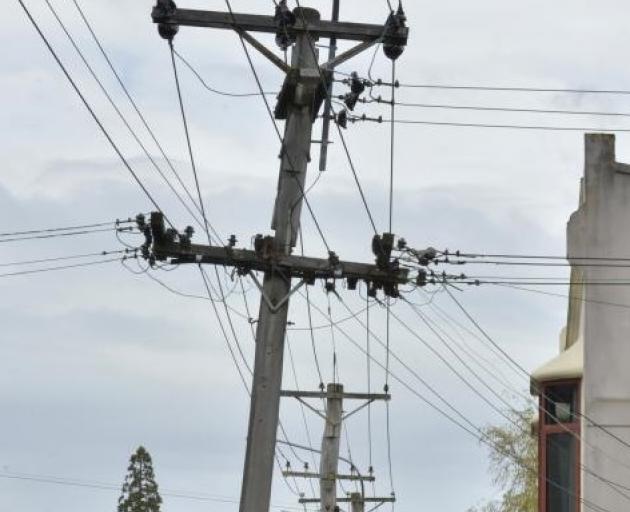 Photo: ODT files
Kiwi households are the biggest losers when it comes to the increasing cost of electric power, with prices having surged by almost 80% since 1990.

A discussion document for the first phase of the Electricity Pricing Review has this afternoon been released by Energy and Resources Minister Megan Woods.

It looked at competition and efficiency, reliability, fairness and affordability for consumers and the industry.

The document finds electricity could be more affordable for Kiwis, with 103,000 households spending more than 10% of their income on power, and when household costs are included, that figure jumping to 175,000.

It also finds "nothing to suggest grid operator Transpower or distributors, as well as retailers, are making excessive profits".

The document points to a two-tier market forming where those who actively shop around for better deals benefit from competition, while those who don't, end up paying higher prices. The average gap between the cheapest retailer's price and the incumbent retailer's price has soared to about 50% since 2002.

Prompt payment discounts - or as budgeting and advocacy groups call them, "late penalty payments" - have also been mentioned for targeting lower-income Kiwis who often are unable to make the advance payment deadlines and miss out on the discounts of up to 26%.

As for how pricing is affecting the industry, it's revealed commercial businesses are paying 24% more than almost three decades ago, compared to industrial users who are paying 18 per cent less now compared to then.

The industry is considered to be delivering a consistent, high-quality supply of electricity, generating 80% of its power from renewable sources. However, the document points to challenges faced in relation to the remaining 20%.

The expected rise in electric vehicles is highlighted as an issue affecting the industry, which will need to increase its ability to supply more power, at the same time as businesses move away from fossil fuels.

A number of ways to improve the industry are recommended. They include a suggestion to vary pricing according to length of time used, a call for more investment in the sector as the shift from fossil fuels to electricity for power happens, the impact of solar panel and battery advances, introducing a more effective wholesale contract market and resolving the age-old transmission pricing methodology debate.

It adds that while it's expected decarbonisation measures and the electrification of transport will increase demand for electricity, it won't "necessarily lead to big price rises" in the near future.

Submissions on the report close on October 23.

"with prices having surged by almost 80% since 1990"
This statement is misleading at best, irresponsible journalism at worst. In fact, there is no story here. This 80% equates to an average increase of around 2% compounding per year. Which is not far off the inflation rate for the same period, which is also about 2%. More accurately then, how about "Electricity prices have not changed in real terms since 1990". Or, if you prefer a little dramatic flare, "Inflation has surged by 77% since 1990".

I agree that 10% of income feels like quite a lot. But what proportion of our income were we spending in 1990? Is this an increase or a decrease? I suspect, given the selective use of statistics, and emotive comments, we already know the answer to this question.

Something is not kosher. 80% plus of NZ electricity is from a free resource - rain. Yes dams and transmission lines are needed, but I am paying 26c/kW plus GST. In Europe I paid 18-20c/kW and that was with Russian gas piped 5-8,000 km away and burned in a gas generator.

The reason that companies are not making 'big' margins is because they paid too much for the companies (and their assets) when they purchased them in the first place.