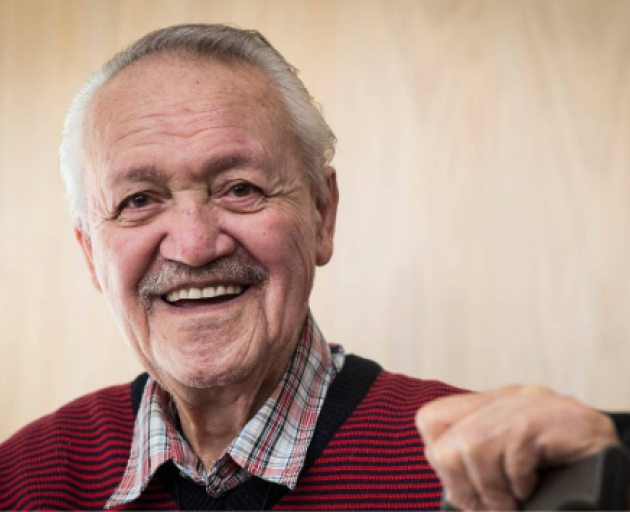 Former MP Joe Hawke had led the protest during the Bastion Point occupation in 1977 and 1978. Photo: NZ Herald
Joe Hawke - the prominent kaumātua and activist who led the long-running Takaparawhau occupation at Auckland's Bastion Point in the late 1970s - has died, aged 82.

Born in Tāmaki Makaurau in 1940, Joseph Parata Hohepa Hawke of Ngāti Whātua ki Ōrākei, led his people in their efforts to reclaim their land and became a Member of Parliament.

He had been involved in land issues in his role as secretary of Te Matakite o Aotearoa, in the land march led by Dame Whina Cooper in 1975, before Ngāti Whātua Ōrākei walked on to their ancestral land on the Auckland waterfront in January 1977 and began an occupation that lasted 506 days.

He was among the 222 people arrested in May 1978 when police, backed by army personnel, ejected the protesters off their whenua.

In archival audio recorded during the protest], he exhibited his relentless commitment to the reclamation and return of whenua Māori - his people's land - and for equality.

"We are landless in our own land, Takaparawhau means a tremendous amount to our people. The struggle for the retention of this land is the most important struggle which our people have faced for many years. To lose this last bit of ground would be a death blow to the mana, to the honour and to the dignity of the Ngāti Whātua people.

"We are prepared to go the whole way because legally we have the legal right to do it," Hawke said in 1977.

In 1987 he took the Bastion Point claim to the Waitangi Tribunal and had the satisfaction of seeing the Tribunal rule in Ngāti Whātua's favour and the whenua being returned.

He was a pou for protests and demonstrations thereafter - a prominent pillar in Māori movements.

In the 1990s Hawke became a director of companies involved in Māori development, and in 1996 he entered Parliament as a Labour Party list MP, before retiring from politics in 2002.

In 2008, he became a Member of the New Zealand Order of Merit for his services to Māori and the community.