A security camera has captured a man's bizarre "5 toed discount" shoplifting technique he used to steal food at a Tuakau grocery store.

CCTV footage has emerged of a man labelled "Fruit Ninja" drop-kicking bags of fruit outside the Field Fresh store last Sunday, at 1pm.

The video begins with a man and woman walking in together. They appear to know each other as they are seen talking between themselves.

The man, who is wearing Dallas T-shirt, remains near the entrance as the woman in an electric blue LA sweater enters further in the store.

The man then picks up a bag of apples and oranges and looks around suspiciously before drop-kicking the fruit outside the entrance. 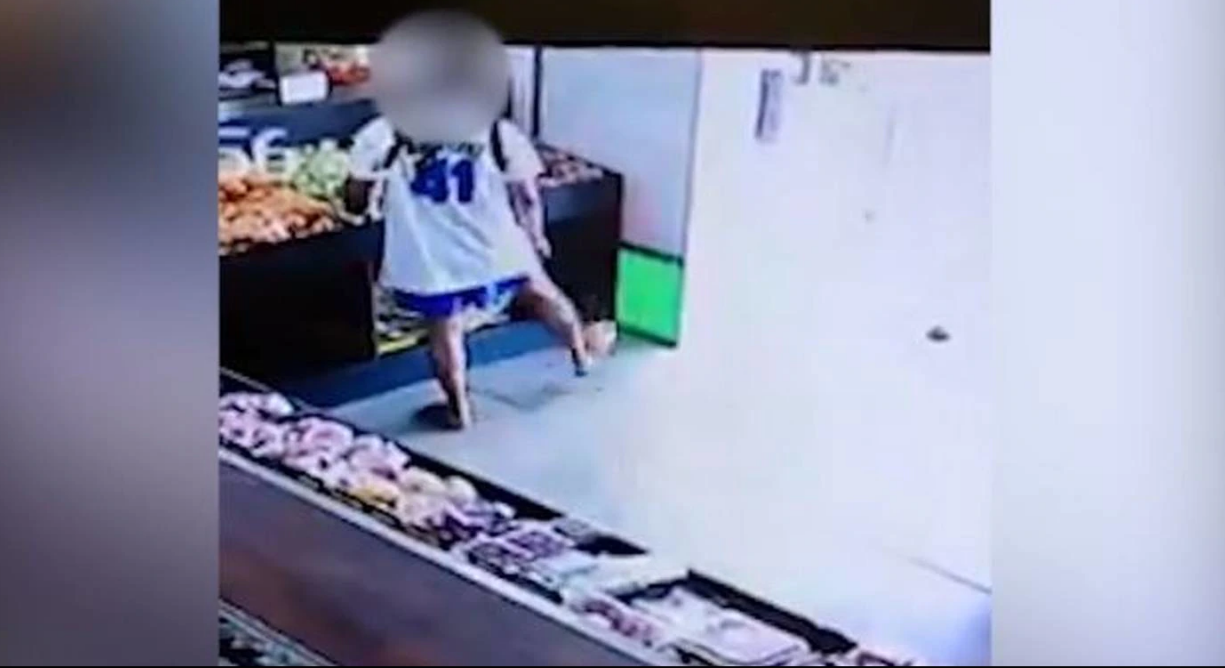 The thief was captured on CCTV entering the store and drop-kicking the fruit outside the door. Photo: Field Fresh
Both bags of fruit were left lying on the ground, ready for the thief to take with him when he left the store.

The video has been posted on the Gangster Wannabe page with caption: "Meanwhile in New Zealand fruit and vegetable prices are so high people be soccer kicking them out the door like #ronaldo with a 5 toed discount."

Some commenters joked about the incident saying: "Woooow hahaha he would have bruised the fruit badly" and "They'll taste like he's toes now."

Others were concerned that people were resorting to stealing as fruit prices are so high.

"Prices are stupid that's why people steal! I don't condone stealing but at least it was fruit for their kid/s and not friggen alcohol and ciggz."

The shop owner told the New Zealand Herald that the incident has been reported to police.

The Herald is awaiting confirmation from police on whether the incident is being investigated.