A woman has had four 14-day stints in quarantine: How does NZ's compare?

A Hastings cruise ship performer in quarantine in Auckland says she has no idea why people would want to escape from what is essentially "a nice little holiday".

Lauren Marshall knows what she's talking about - she's now halfway through what is her fourth two-week isolation that has meant what would be a 12-hour flight home has dragged to upwards of 12 weeks.

Marshall says regular check-ups and phone calls are the norm after four escapes from isolation facilities in NZ in a week.

A person, in their 60s, broke a window and escaped from Waipuna Hotel in Mt Wellington hotel on Friday. 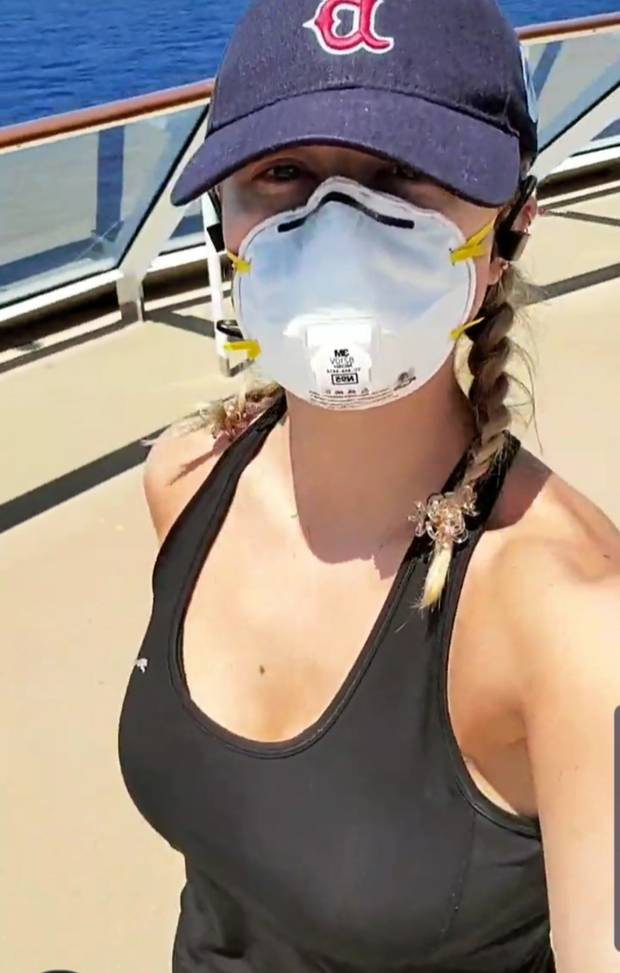 Marshall was aboard the Empress of the Seas in the UK before a recent flight to Auckland. Photo: Supplied
It followed escapes from Auckland's Stamford Plaza, the Distinction Hotel in the Hamilton suburb of Te Rapa and the Pullman Hotel in Auckland.

Marshall was originally stuck on a Covid-positive cruise ship off the coast of San Diego, but after a transfer to ships in the Bahamas, and then England she's now at the Crowne Plaza in Auckland.

The 28-year-old, who had been performing musical theatre on the Celebrity Eclipse since July, said she hadn't once considered an escape attempt and isolation in NZ was better than much of her experience so far.

"It was hilarious to all of us here that someone would feel the need to escape from isolation. It's really not that bad," she said.

"Two weeks of being looked after with free food, free Wi-Fi, a fantastic room and amenities and services. It feels like a nice little holiday."

Marshall said guests are checked on regularly in person and on the phone, as well as temperature checks every couple of days.

"I haven't noticed any major changes in the security procedures here," she said.

"But we are kept well-informed with regular updates and letters send to our rooms, if anything significant changes."

The performer said the most frustrating part of isolation is lift access.

"We can only use the lifts a bubble at a time, so sometimes you will have 10 lift opportunities, but there is already someone else in there," she said.

"So if you're in a hurry to get to a different floor, you will most likely be waiting for a while."

Marshall added: "We are able to go out for daily walks, which are around 45 mins a day, but with around 400 guests at my hotel, the walking slots fill up fast and sometimes we miss out."

The performer is due to arrive back in Hawke's Bay on July 16, after four rounds of isolation across multiple continents.

"Time has actually flown quite quickly for me. I think the excitement of having my freedom back has powered me through," she said.

"I really can't wait to be able walk up Te Mata Peak and along Marine Parade and do basic things like grab a coffee or pop to the supermarket."

Escaping from quarantine should be regarded as treason. And it should be dealt with harshly. And if they offer an excuse the penalty should be doubled.