Bars could open for 68 hours during RWC 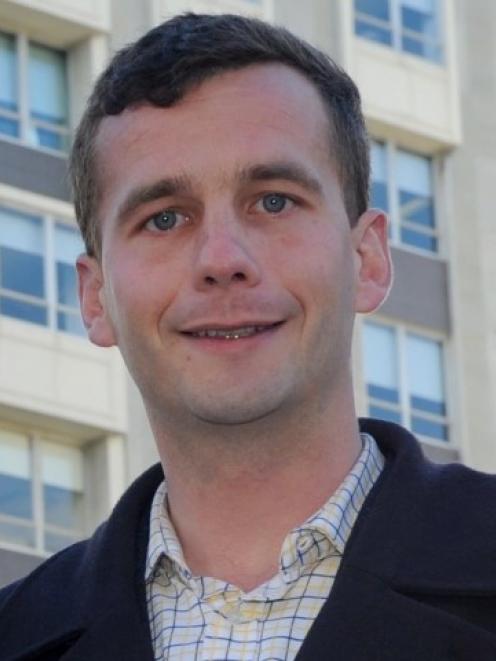 Act Party leader David Seymour.
Bars could be able to open for 68 hours-straight under a Rugby World Cup booze bill, a Ministry of Health-funded group says.

The National Public Health Alcohol Working Group is highly critical of the law, which was introduced by Act Party leader David Seymour and has cross-party support.

Women's Refuge and health professionals have strongly condemned the law, which will allow all bars to stay open between 4am and 8am for World Cup matches.

The bill had its first reading earlier this month, and the Justice and Electoral Select Committee has now published more than 60 submissions.

The National Public Health Alcohol Working Group, which is independent but funded by the Ministry of Health, submitted that the bill could see bars being open for extremely long stretches.

"As currently drafted, premises could open continuously and legally serve alcohol from 6.30am on Saturday 19th September through to 6.15am on Monday 21st September [a period of 47 hours and 45 minutes]," the group's submission states.

"On the final weekend of the pool matches there is the potential for premises to open from 8am Saturday through to 4am on the following Monday, without a break, due to the scheduling of the matches - 68 hours of continuous opening.

"On quarterfinal weekend there is again the potential for 48 hour continuous opening."

National said it wants the bill changed so that it applies only to All Black games and knockout matches - a total of 12 matches.

Mr Seymour said only broadcasting All Black matches was "deeply unfair" to New Zealand's many ethnicities and he wanted it to apply to all 48 games.

Labour and New Zealand First are lobbying for the legislation to be widened to cover all major sports events such as the Netball World Cup and the Olympics.

The Green Party, after reversing its initial opposition to the bill, has said it expects changes to be made during the select committee process.

In a written submission, the Police also flagged concerns at how long bars might open for, the the resulting alcohol-related harm.

"Police considers this Bill has the potential for licensees to use communal viewing of the Rugby World Cup games to bridge the normal closing times of licensed premises and create a de facto 24 hour licensing regime for six weeks," wrote Glenn Dunbier, deputy commissioner, resource management.

"We think that the Supply and Sale of Alcohol Act is a good Act and we see it bedding-in and helping us challenge and change the culture that endorses and encourages a Kiwi binge drinking. We need to be cautious not to undermine the Sale and Supply of Alcohol Act," the men's submission states.

"The fuss and sense of triumph around the introduction of the Bill and the Bill itself normalises an unhealthy connection between sport and the consumption of alcohol...we want our young people to see sobriety as the norm rather than implicitly suggest that you need booze to have fun or to enjoy sport."

"It is our view that the provisions in the Bill will lead to increased incidences of harm as a result of increased alcohol consumption. Police enforcement resources will be required and agencies such as ours may have more calls for services."

Dr Jury said the select committee had asked what could be done to minimise the harm associated with increased access to alcohol during the games: "The answer in all probability is nothing".

The New Zealand Medical Association (NZMA) said doctors regularly dealt with the fall-out from the abuse of alcohol, and it was concerned allowing pubs to stay open for the rugby would "exacerbate alcohol-related harms".

"We are also seriously concerned at the rationale being used to justify this Bill, as well as the extremely short timeframes to progress it into legislation," NZMA chair Dr Stephen Child wrote.