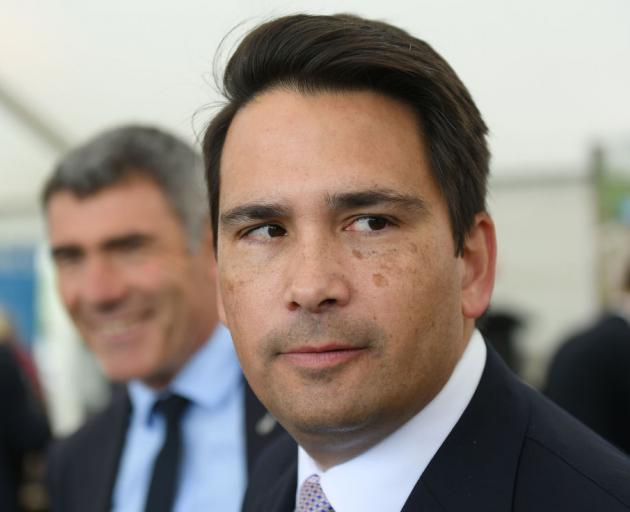 National has dropped to 29 percent in party support – the lowest number in 15 years - in a crucial new poll tonight, casting further doubt on Simon Bridges' future.

The Opposition leader - who faces a leadership challenge tomorrow at National's caucus by MP Todd Muller - was down 6 percentage points as preferred prime minister to just 5 percent.

Muller, who announced his leadership ambitions to MPs yesterday, scored only 0.2 percent as preferred PM, while NZ First's Winston Peters is sitting on 1 percent and National's Judith Collins is on 3 percent.

Despite the very low numbers, Bridges told One News he would not be stepping down. Bridges blamed the bad poll result on the Covid-19 crisis.

"We've seen this the world over in response to Covid where the Government gets a bounce and there's a situation where we've had wall-to-wall coverage of the Government and the PM."

He called the leadership challenge a "distraction".

"We will resolve that quickly and that means we can get back to the things that matter for New Zealanders."

He said he was confident ahead of tomorrow's leadership vote. 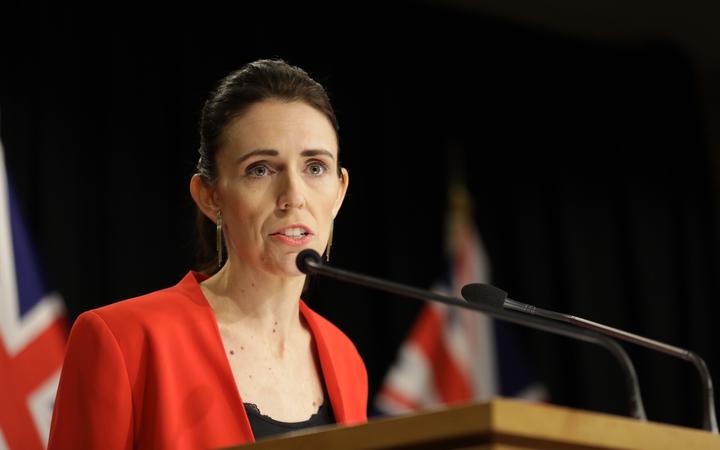 "I'm very confident tomorrow, but these are now things for the caucus."

It's also bad news for the Greens and NZ First, which are both below the 5 percent threshold.

Greens were at 4.7 percent and NZ First were on just 2 percent. Act was at 2 percent.

Looking at how the poll translates to seats in the House, Labour would be able to govern alone with no support partners.

They would have 79 seats in the House, compared to National's 38.

This means many current National MPs would lose their jobs and not return to Parliament after the election.

The maximum sampling error is approximately ±3.1%-points at the 95% confidence level.

The poll is the second public poll to be released this week following a Newshub Reid Research poll on Monday which sparked a leadership challenge against Bridges by Muller.

MPs have been summonsed back to Wellington in a recess week after Bridges called an emergency caucus at midday Friday to settle the matter.

In the Newshub poll, National dropped almost 13 points to just 30.6 percent while Labour rocketed up to 56.5 percent following Ardern's handling of the Covid-19 crisis.

A triple-whammy of events was in play: The post-Budget glow for the Government, the end of the Covid-19 level three days, and National's own leadership turbulence.

As Bridges contended with the leadership challenge, Ardern was on her first visit since the Covid-19 lockdown began, visiting Rotorua to promote the Budget's tourism package.

The poll is the first poll since the Budget when the Government announced a $50 billion Covid-19 response package, including wage subsidy extensions, state house construction plans and further help for sectors hit by the crisis.

The last Colmar Brunton political poll was taken before Covid-19 hit in February and had National in a position to secure the Government benches with the support of the Act Party. National was on 46 percent while Labour was on 41 percent.

Bridges was at 11 percent as preferred Prime Minister while Ardern was well above him on 42 percent.

National's leadership turbulence started on Monday night after the Newshub Reid Research poll results galvanised those MPs who were concerned about Bridges.

After reports a no-confidence vote was planned, Bridges went into the media to say he was facing a challenge. Muller then announced he would be challenging Bridges for the role – a vote that will take place at midday tomorrow.

It's understood Muller is running on a ticket with Auckland Central MP and former minister Nikki Kaye - who has twice beaten Jacinda Ardern for the seat.

Long-time leadership aspirant Judith Collins has ruled herself out of the race.

National Party MPs started arriving in the capital ahead of tomorrow's showdown for the leadership challenge. While Muller is yet to make any public statement at all about his bid, Bridges seemed to remain confident this afternoon.

He quipped on a Tourism Industry Association conference Zoom today that "sad for you, I think you'll still be seeing a lot of me" after TIA head Chris Roberts acknowledged that vote.