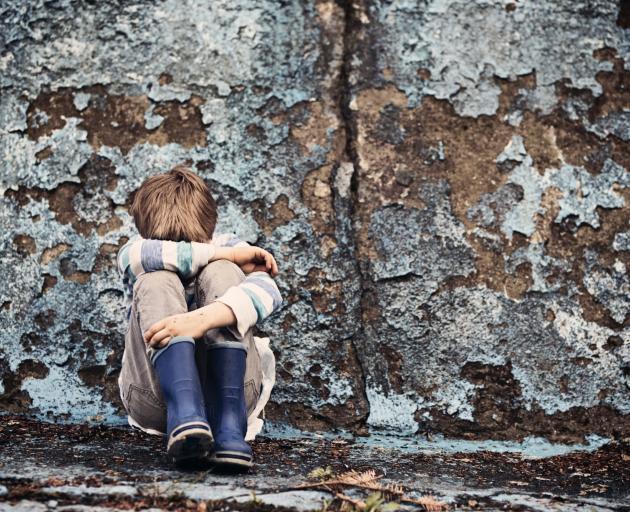 • Families and whānau with children get an additional top-up of $15 per adult a week.

The Government has announced a boost in benefits costing $3.3 billion over four years that it says will lift up to 33,000 children out of poverty.

As part of Budget 2021, the Government has included spending to increase all benefit rates by $20 from July 1 this year.

A second increase on April 1 next year will see main benefits having lifted overall between 22 and 40 percent from 2017 levels, in line with a key Welfare Expert Advisory Group (WEAG) recommendation from 2019.

Families and whānau with children will also receive a further $15 per adult per week.

This means 109,000 families and whānau with children will be, on average, $175 a week better off as a result of all the changes to income support since 2017, including the Families Package, the $25 lift to benefit rates as part of the initial Covid-19 response and the indexation of benefits to average wage increases in the last two years.

­"Increasing incomes for our most vulnerable both secures our recovery by adding targeted stimulus to the economy, while also addressing one of our most pressing long term challenges – child poverty," Prime Minister and Minister for Child Poverty Reduction Jacinda Ardern said.

"We are targeting investment where need is greatest; putting food on the table and helping with power bills in the homes that need it most." 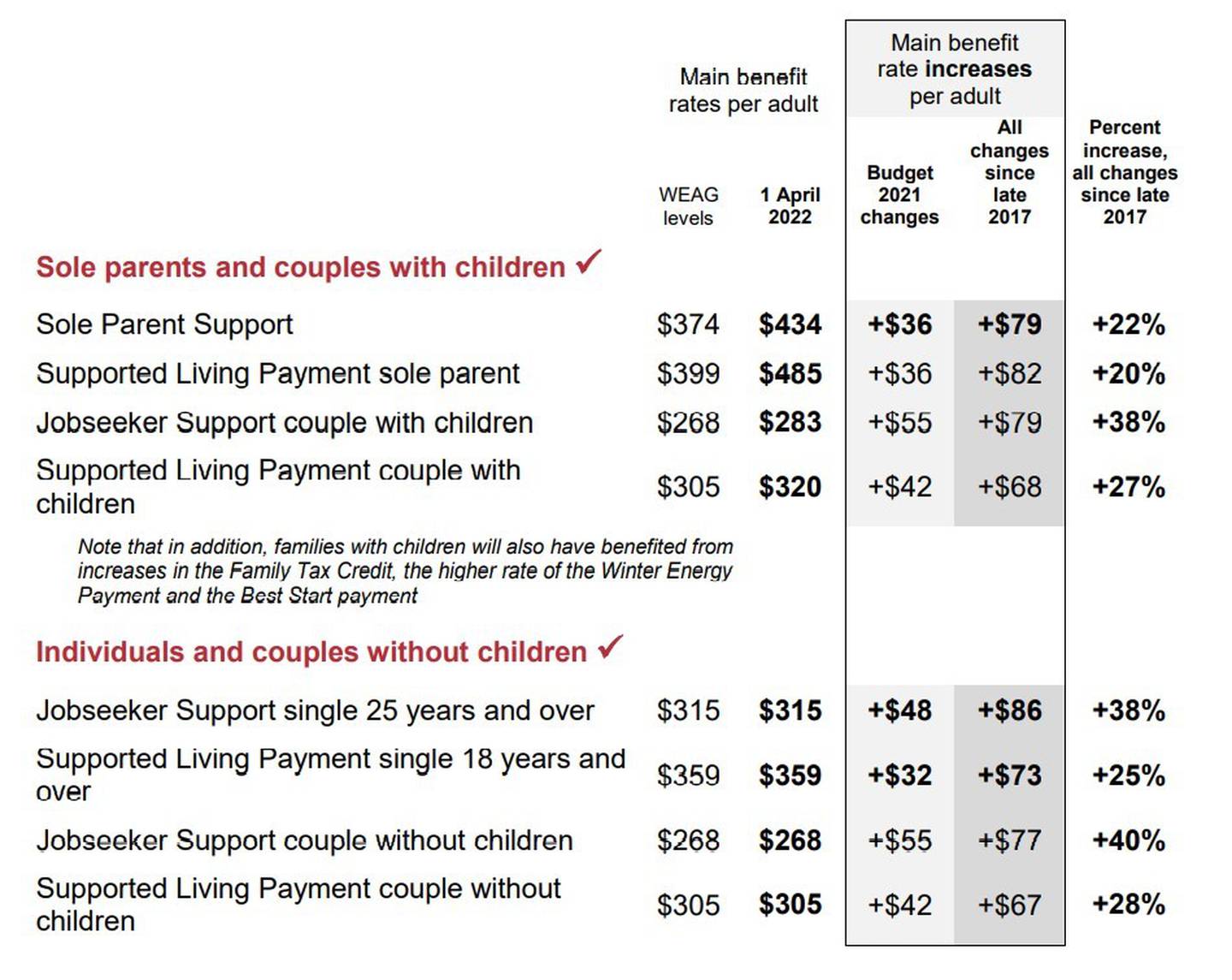 Benefit increases since 2017. Image: Supplied via NZ Herald
Treasury estimates the $20 a year increase will cost about $440 million annually over four years, totalling about $1.77b.

The second benefit increase and student allowance increase is estimated to cost $1.65b over four years, with savings of about $100m expected.

The WEAG in 2019 made sweeping recommendations for urgent, radical changes including an immediate, significant lift to core benefits of up to 50 per cent.

Ahead of this week's Budget reports into child poverty showed little positive movement, with one in five children living in homes that sometimes ran out of food.

Advocates have been calling for strong action to lift core benefit levels, and there has also been high levels of public support - a survey released in February showing 69 per cent support for increased income support for the poor.

Minister for Social Development and Employment Carmel Sepuloni said these moves were meeting key recommendations of the WEAG.

Sepuloni said today's announcement meant by April 1 next year, 109,000 families and whānau with children would be, on average, better off by $40 per week and 263,000 individuals and couples without children better off by $42 per week.

Combined with wider changes since 2017 meant around 372,000 individuals and families and whānau on benefits will be better off, on average, $114 per week by April 2022, increasing to $137 per week during the 2022 winter period, Sepuloni said.

"This has a flow-on effect for the local economy because we know that low-income people spend their money in the communities in which they live. Our vision is a welfare system that allows all New Zealanders to live with dignity and contribute to their communities, and today is a big step in the right direction."

Sepuloni has also announced Childcare Assistance income thresholds will be indexed to increases in the average wage, which she says will benefit 1000 families, or around 1500 children, from April 1 next year.

Treasury estimates this will cost about $13.3m over four years.

There will also be 3300 extra places in Out of School Care and Recreation Service helping about 900 low-income parents to remain, or transition, into employment, training and education, costing about $9m over four years.

"By indexing income thresholds for Childcare Assistance to average wage growth, we're supporting parents and caregivers to participate in the workforce," Sepuloni said.

The move was also in line with another recommendation of the WEAG, she said.

Student support is also lifting by $25 for allowances and living costs from 1 April next year.

Ardern said today's announcements would in the short term stimulate economic growth and reduce impacts of the Covid-19 downturn, while in the longer term reduce inequality.

"Under our plan we have already reduced the number of children living in poverty by 40,000.

"Today, we close a chapter on our past and take a big step towards our goal of making Aotearoa New Zealand the best place in the world to be a child.

"These changes sit alongside a raft of incentives to support people into training and work, including increasing support for child care, and reinstating the Training Incentive Allowance.

"We are also continuing to invest in critical services like health and education, social housing, and warm, dry homes."