Dotcom tells National Party hackers to back off 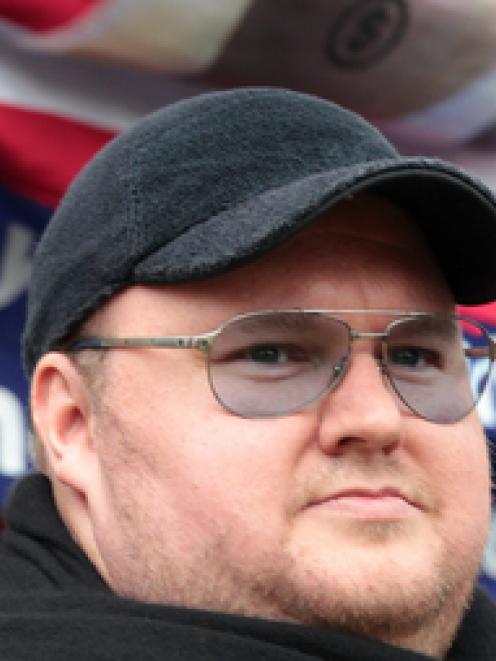 Kim Dotcom. Photo NZ Herald
Government ministers and MPs are divided on whether the hacking of National Party websites is a legitimate protest or cyber crime.

But the hackers' actions have drawn the ire of internet entrepreneur Kim Dotcom.

The websites of 14 Government ministers, MPs and associated groups are out of order after being hacked by a group called "Anonymous'' in protest at the GCSB legislation before Parliament.

Finance Minister Bill English said he thought the hacking was a legitimate form of expression and saw it as protest.

"The fact that they've taken down a ministerial website doesn't matter too much, but if these people decided to take down the IRD website, or the Work and Income website that would leave a lot of New Zealanders vulnerable.

"This looks like protest to me and it's quite a legitimate form of expression, but there's a lot of other people out there who will commit cyber crime if you let them and that's why we need a strong legislative structure to enable the New Zealand Government to play its role in protecting what's now becoming vital infrastructure,'' Mr English said.

He said the Government had not taken any further measures to protect other core infrastructure from cybercrime - other than existing protections.
Justice Minister Judith Collins said her site was back up, but when APNZ checked her site was still out of order.

She said that Anonymous had "tremendous powers'' and it wasn't a valid form of protest.

She believed it could be a form of cyber crime, but her main concern was around online child sex abuse and didn't believe they should be charged for hacking ministerial websites.

"They wreak havoc, not only in Government but could also do it in people's private websites and bank accounts.

"This is a good reason to show there are cyber criminals out there,'' said Ms Collins.

Labour Minister Simon Bridges shrugged off the attack on his own site.

"I am very concerned about the hundreds of thousands of people who will have been looking at it daily now don't know what to do.''

"The technical advice I've had is it could take some time to back up, as it does have a lot of photos of me on it - I'm thinking over a period of days we'll have it up and running,'' he said sarcastically.

The hacking group Anonymous sent a message via Youtube saying they had taken over 14 websites linked to the National Party as a protest against the GCSB Bill.

The hackers had no thanks from internet mogul Kim Dotcom.

Kim Dotcom said this morning in a tweet he was not impressed.

He told the group Anonymous they were just giving further excuse to pass the bill and he asked them to stop.