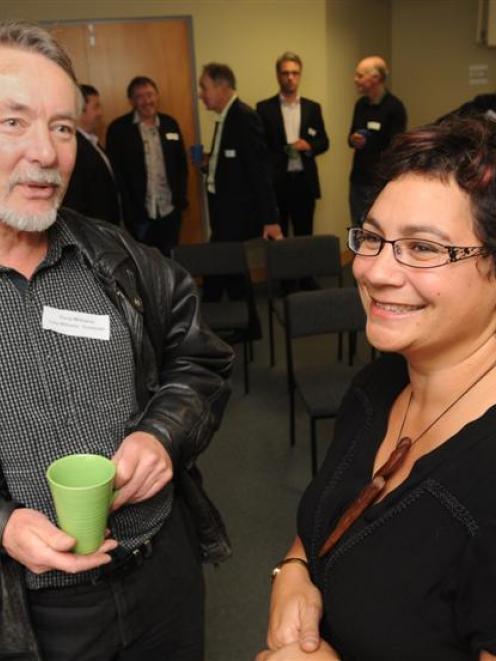 A relaxed and confident Ms Turei engaged with the audience and sustained a lively question and answer session.

She also asked those attending for their thoughts on increasing the minimum wage to $15, a Green policy that had been stolen by Labour a week after the Greens released it, Ms Turei said.

Instead of only just increasing the minimum wage, the Greens proposed a four-year fund of about $20 million to help small and medium-sized enterprises (SMEs) make the transition to paying the higher rate.

About 90% of New Zealand employers employed somebody on the minimum wage but most of them were large companies or "big box" retailers who could afford the extra costs, she said.

"But there is a reasonable proportion of SMEs who employ one or two people on the minimum wage. They can be supplemented for four years to help the transition."

The debate this week, since Labour released its minimum wage policy, had been around the number of jobs that could be lost.

However, a restraint on job growth from increasing the minimum wage was not the same as people losing their jobs, and the $60 extra people had in their pockets each week to take care of their basic needs would be a good thing for the whole of the country, Ms Turei said.

Increasing the minimum wage would bring an estimated $170 million into the economy annually through extra tax and GST.

One member of the audience agreed with raising the minimum wage rate, saying the burden should fall more on the employer who had the services of the worker. Without an increase, the Government had to subsidise the employer through paying accommodation supplements and benefit top-ups to the lower-paid.

Ms Turei is a strong advocate of building more houses to house families at risk, which would in turn create jobs.

While it was impractical to spend $2 billion on building houses, as the party advocated in 2008, she still believed there were ways for the Government to stimulate the housing market.

That made sense across households wanting better housing, and rental property owners who wanted to ensure their housing stock was maintained, she said.

Audience members spoken to after the speech said they felt Mrs Turei had explained the Green business policies well and showed the party was not all about smoking cannabis and stopping mining.