Harawira a rare sight in House 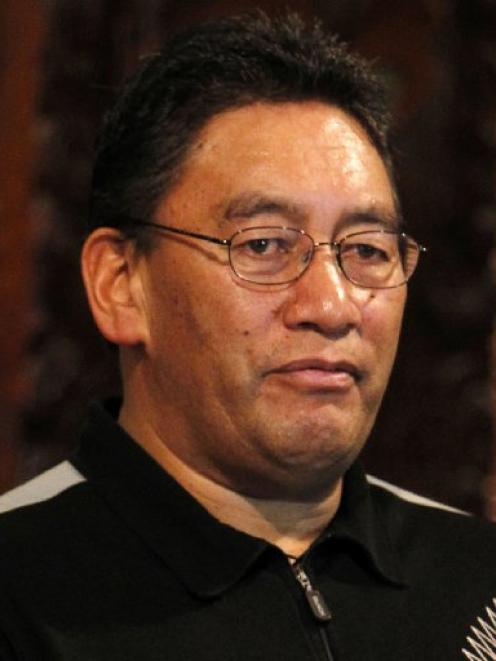 Hone Harawira
Mana leader Hone Harawira described himself as going "to battle for those without a voice in Parliament" at his party's conference this month, but he has been a rare sight in Parliament this year.

In the nine weeks that Parliament has been in session, the MP has given just two speeches and asked one spoken question to a minister.

Mr Harawira has spoken only on the Prime Minister's statement after the opening of Parliament in January and on a debate into financial reviews of Government departments. Major legislation on which the Mana Party has taken a strong stand but Mr Harawira did not speak included the final stage of the welfare reforms.

Mr Harawira was also away on the day in which Treaty settlement bills were debated and for the passing of the same-sex marriage law, although earlier in the day, he had hosted a "Big Breakfast" for schoolchildren in Otara to publicise his member's bill for a free meal for low-decile schools.

His absence has been noted. Other MPs on the Maori Affairs select committee said he has only occasionally attended of late.

Mr Harawira has also been entitled to ask four primary questions and about 20 follow-up questions in Question Time but has taken only one slot.

Mana Party president Annette Sykes said Mr Harawira had swapped questions with the Green Party so he had more later in the year when his bill went before Parliament. The Green Party confirmed that arrangement related to two of the three questions missed.

Speaker David Carter said a formal attendance record for MPs was no longer kept, but Mr Harawira had been given 49 days of leave since the 2011 election, during which Parliament has sat for about 120 days.

Party leaders have more responsibilities than other MPs, but most, including Prime Minister John Key and Labour leader David Shearer, attend on two of the three sitting days.

A spokesman for Mr Harawira said he was in Hawaii for a United Nations event this week. When contacted, Mr Harawira hung up.

Ms Sykes said Mr Harawira had to deal with his Te Tai Tokerau electorate as well as the "huge demands" of a party leader.

"He is not like Te Ururoa [Flavell] who is just an electorate MP. He's the leader of the party and in his electorate this year there have been significant issues he has been asked to facilitate."

Maori Party MP Te Ururoa Flavell said an important part of the job was to represent constituents in Parliament.

"The Tai Tokerau electorate hasn't been represented in Parliament much then."

Mr Harawira has criticised the Maori Party for its support agreement with National, but Mr Flavell said Mr Harawira had not been in Parliament to challenge the Government, or to put forward alternative ideas.

Despite the cutback in travel to Wellington, Mr Harawira's travel expenses for the first three months of the year were still higher than any other non-ministerial MP, including Mr Shearer.

- By Claire Trevett of the New Zealand Herald