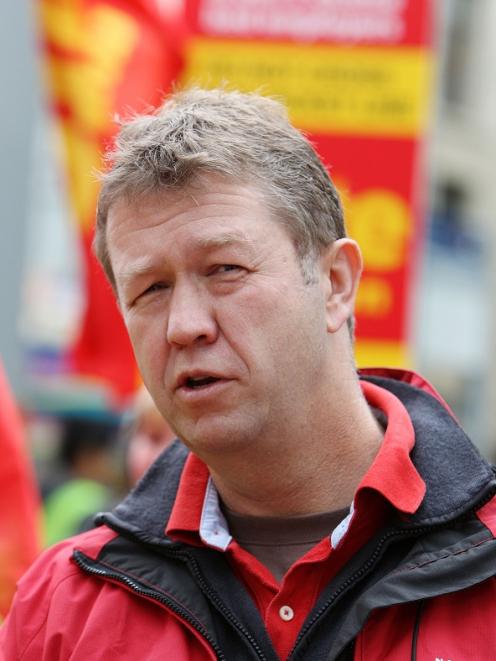 The budget, to be released on May 19, could target the KiwiSaver tax credit, worth up to $20 a week, The Dominion Post reported today.

The Government was also reportedly considering changes to contributions for public servants so that they would be made directly from departmental budgets.

Mr Cunliffe said National had agreed increasing New Zealand's savings rate was one of the most crucial aspects to lifting the economy, and reported KiwiSaver cuts went against that plan.

"There is a huge gap between National's rhetoric that savings are crucial, that we agree with, and the reality is that they are doing nothing to improve it, and in fact quite the reverse," Mr Cunliffe told NZPA.

"All we've heard so far is that National is making further short-sighted penny-pinching moves around the member tax credit and forcing government departments to eat their own lunch in terms of their contribution to employees."

Rather than encouraging people to join the scheme, the Government was making it hard for people to save and reducing incentives to do so, he said.

Mr Cunliffe said he was also concerned savings would be turned into tax credits for people not using the scheme.

"It is only people with money to spare who will endure the benefit of those tax credits.

"In other words, it becomes a transfer from KiwiSavers, who is pretty much everybody, to wealthier New Zealanders who have spare cash to invest."

The Government has previously indicated that KiwiSaver was one of several big programmes being looked at for possible savings. Finance Minister Bill English has ruled out dramatic cuts to the scheme, and said today the Government remained committed to KiwiSaver.

CTU economist Bill Rosenberg said the Government last year gave $14.3 billion worth of tax cuts over four years mainly to those on high incomes and it now appears poised to cut the level of support to help New Zealanders save.

"These are wrong priorities which have created a structural problem for balancing the government's books, while sending a poor message about people's savings habits."

Scheme 'made the difference'