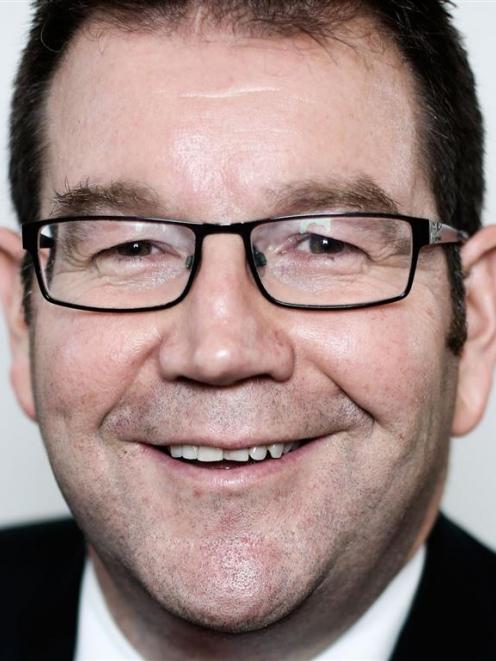 Grant Robertson.
All adult New Zealanders could be given a Government handout of at least $200 a week under a new policy being considered by the Labour Party.

The co-leader of a global network promoting a "universal basic income", British professor Guy Standing, will be a keynote speaker at a Labour conference on "the future of work" in Auckland this week.

He said a system "where every legal resident of New Zealand should be entitled to a modest monthly basic income" would reduce inequality and give some security to people who increasingly have to earn a living from insecure casual and short-term work.

And Labour finance spokesman Grant Robertson said Labour was considering a local version of a scheme developed by economist Gareth Morgan, who proposed paying every adult a basic income of $11,000 a year ($211 a week).

"I've spoken to the Morgan Foundation about it. They are continuing to work on the idea," Mr Robertson said.

"We are looking at how do we ensure income security, and one of the things we are looking at is whether or not a universal basic income could form part of that policy. It's very early days."

A discussion paper on the idea, published by Labour at the weekend, suggests paying an $11,000 universal income to everyone aged 18 or over to replace all existing welfare benefits except for "supplementary transfers for disadvantaged groups".

This would be slightly more generous than Dr Morgan's proposal, which suggested a lower rate of $8500 for those aged 18 to 20, and the paper acknowledges that "there may need to be some changes to taxation policy to mobilise revenue".

"The top tax rate could be increased or further revenue might be gathered from other forms of taxation," it says.
Labour's "future of work" conference is the first big event in a policy strategy announced by Labour leader Andrew Little just after he won the leadership after the 2014 election.

The two-year strategy aims to respond to increasing casualisation and insecurity of work, and automation and other technological changes which are likely to destroy thousands of existing jobs in coming decades.

Dr Standing, a professor at London University and co-chair of the Basic Income Earth Network, said attitudes towards basic income schemes had changed enormously in the past two or three years, with schemes being proposed in Finland and Switzerland and a trial now under way in the Dutch city of Utrecht.

"A lot of people understand that the degree of insecurity is so extensive and so chronic that they realise that the old forms of social protection dating from Beveridge and Bismarck - forms of social insurance and means-tested social assistance - just don't reach people in the 'precariat'," he said.

His 2011 book, The Precariat, charted the growth of people in short-term and insecure work who lack key benefits of traditional employment such as paid holidays and sick leave.

He said a universal basic income would be a kind of "social dividend" paid to everyone from the capital built up by the nation.

"The wealth and income of all of us is far more to do with the efforts of our forefathers and mothers than anything we do individually for ourselves," he said.

The Green Party also has a longstanding policy to investigate a universal basic income. Green MP Jan Logie said the issue was now being given higher priority in party policy discussions.