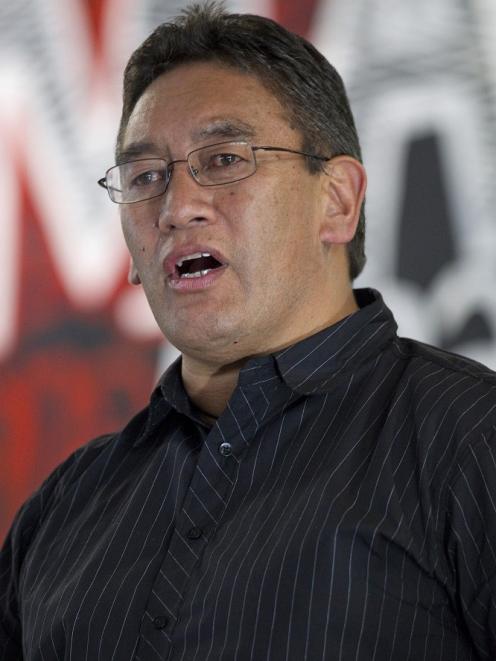 Hone Harawira
Labour is heartened by a poll showing its candidate in the Te Tai Tokerau by-election neck-and-neck with incumbent Hone Harawira.

Another 15 percent said they would support the Maori Party's Solomon Tipene.

"It's very heartening and I'm sure that it's given Kelvin a big boost, but we're not going to take anything for granted," she told reporters this morning.

"He will be, along with his team, working right up to the last minute, because at the end of the day it'll be those who turn out to vote that will count, and that will be the task of our support base -- to get every Labour vote out that we can."

Of those surveyed 50 percent said Mr Davis was trustworthy, 38 percent said the same for Mr Harawira 20 percent for Mr Tipene. Similar ratios applied to which candidate "would be good in a crisis", but Mr Harawira was picked by 66 percent as having "lots of personality", with Mr Davis polling 26 percent, and Mr Tipene by just 9 percent.

Mr Harawira, who won Te Tai Tokerau for the Maori Party in 2008 with 12,019 votes, forced the by-election when he resigned from Parliament last month.

In February, he left the Maori Party saying its relationship with the Government was too cosy, and he wanted a seat in Parliament as leader of the newly-formed Mana Party.

Mr Harawira has criticised the poll, saying it did not reach diverse voters because many did not have landlines.

Prime Minister John Key said it was too early to know which way the vote would go and he predicted an "incredibly low" turnout on the day.

He based that on how close the by-election was to the main elections in December, the fact by-election turn outs were generally low and that Maori seats "notoriously" underperformed on turnout.

"I think it's going to be a really interesting result, it could really go any way actually given who turns up and who actually bothers voting."

"I think there is a division between the Mana Party and the Maori Party which is obviously helping our cause somewhat," she said

"Also Kelvin is incredibly well-known up there, well-connected and related, and I think he's putting forward a really positive message about stop looking back to the past and look to the future about what we can do to ensure jobs for Maori and future for Maori kids, and I think that's going down well."

Ms King said Labour expected to do well in Maori seats at the General elections in November.

"They've been ours for many years and we'd be very keen to win as many of them back as possible."

Other candidates rated under 2 percent.

Over half, 56 percent, felt the $500,000 cost of the by-election was unjustified given how close the general elections were.