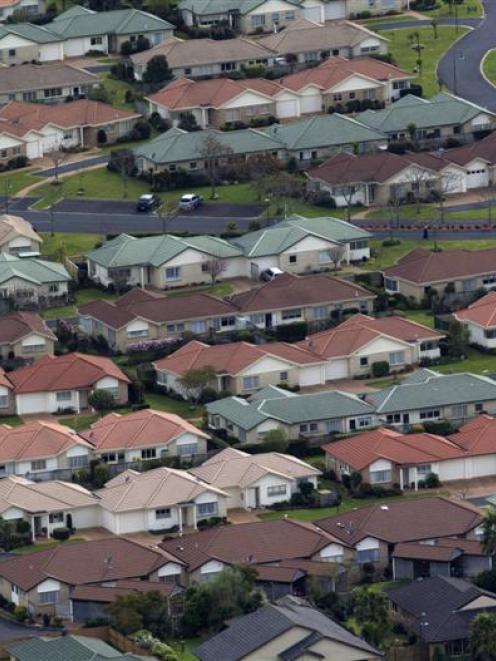 If Labour got the numbers to legislate such a policy, irrespective of the FTA, the Chinese Government could invoke the dispute settlement procedures in the agreement.

The FTA's definition of ''investor'' referred to a person ''who seeks to make, is making, or has made an investment''. Clearly, it looked at prospective investments, he said.

Another article - the most favoured nation clause - committed New Zealand to not passing law that discriminated against Chinese investors, in comparison with other overseas investors, such as Australians, in terms of permission to invest in the first place.

Under that provision, a Chinese house buyer must be treated the same as a New Zealander after acquiring residential property, but the protection did not extend to prospective buyers, Mr Franks said.

Article 139 would be more problematic for Labour, because it required that investors of China be treated no less favourably than investors of any third country, such as Australia.

''So Chinese would-be investors do not get direct rights to insist on investor equality but they can't be treated worse than Australians. Labour has said Australians would still be allowed to buy residential property under their policy.

"This would breach Article 139, in treating Australian investors more favourably than Chinese investors.''

Even the prospective investor constraint did not apply under some other agreements, he said. Malaysians, for example, could insist on equal rights to be present at Auckland auctions, whatever Labour wanted, Mr Franks said.

It was natural to be hostile to overseas investors who owned properties but kept them empty when there was a housing shortage. The comparatively lower increases in rentals suggested the shortage might be in property speculation, more than occupation.

The proposed ban could work, if that was true, he said.

Property Investors Federation president Andrew King said everyone now wanted to help first-home buyers get into their own homes but it appeared those first-home buyers were having the largest effect on property prices.

According to the Real Estate Institute figures, in the year to March 2013, there were 10,883 more property sales than in the March 2012 year.

During that time, 10,733 people withdrew their KiwiSaver funds to use as a deposit for their first home.

''Labour's policy to restrict foreign ownership of existing New Zealand houses will reduce demand for property. The big question is how much and whether it will have a large impact on property prices,'' Mr King said.

A study by BNZ chief economist Tony Alexander suggested the impact of foreign buyers in New Zealand was small. That suggested Labour's policy would not have a large effect on property prices. More research needed to be undertaken to accurately determine the level of foreign purchases, he said.

In March, Mr Alexander produced a report headed ''NZ House Sales to Foreigners'' which asked real estate agents to identify the proportions of their sales to various groups.

Nationwide, about 24% of sales were to first-home buyers, 19% were to investors and 9% to people offshore.

Nationwide, 1.6% of all house sales went to people living in the United Kingdom, 1.4% to those living in China and 1.3% to Australian residents.

''The sprawling anecdotes regarding Auckland properties being snapped up by Chinese buyers are not supported by the evidence.''