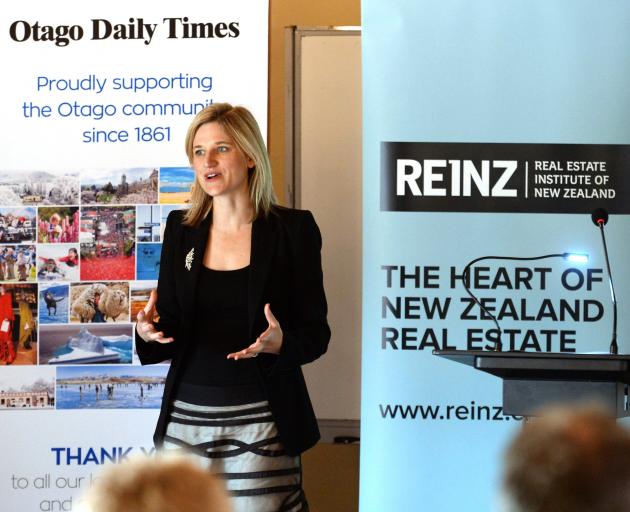 The Reserve Bank's easing of its loan to value ratio (LVR) requirements and the ban on foreign buyers appears to be having little effect in Dunedin and Queenstown.

The Real Estate Institute of New Zealand is describing the country's real estate market as "two-tier", as Auckland and Canterbury prices decline, while the rest of New Zealand shows strong annual price growth.

Nationally, the median time to sell went up two days to 48, the longest selling time for any month since February 2012.

"Residential house purchasers are still the dominant force in the market, with many investors either selling or holding steady," she said.

She said the LVR changes appeared to be having little effect in Dunedin at present, as housing demand was already larger than supply.

The number of properties available for sale nationally decreased by 2.5% from 25,503 to 24,878, down by 625 properties compared to 12 months ago - the largest decrease in the past five months.

REINZ regional director in Queenstown, Gail Hudson, said there was a 4% increase in the number of properties sold in January, against December, from 50 to 52.

That suggested the foreign buyer ban was having little impact on the usual holiday sales volumes activity, she said.

"First-home buyers remain active as the prices are strong and they fear missing out on getting into the market," she said.

However, investors were also active and combined with firm prices, that was adding some pressure for first home buyers, Mrs Hudson said.

REINZ chief executive Bindi Norwell said January's data pointed to a two-tier market continuing around the country, as Auckland and Canterbury experienced a slowing in prices.

"But the rest of the country has seen strong price growth, including five regions achieving record median prices," she said.

Those price increases were again highlighting how the lack of supply was continuing to push up house prices, so it was essential that the country as a whole addressed this fundamental issue "sooner rather than later", she said.