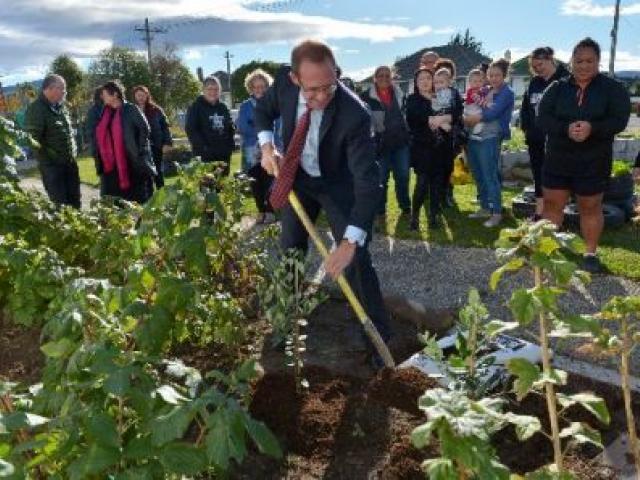 It was a ‘‘hugely serious problem'' and the Government had been underplaying the issue for too long, he told the Otago Daily Times in Dunedin.

Asked if the problem of emergency housing, crowded housing and poor housing in the North Island was being exaggerated, Mr Little said the problem of families living in garages or three or more families crowding into homes was real.

‘‘When they go to Winz, they are told they have a roof over their heads and they are not a priority.''Housing New Zealand was letting those people down. There were examples of boarded-up state houses sitting empty when a little effort would make them fit for purpose, he said.

Too many families were living in accommodation that was less than ideal. There was a mismatch of housing and people with needs. Winter meant people in crowded homes were more likely to spread infections than if they were in a warm dry home.

The Minister for Housing New Zealand, Bill English, and Social Housing Minister Paula Bennett said the Government took seriously its responsibility to provide suitable social housing for the most vulnerable.

‘‘We have made it a priority to deliver more social houses by speeding up Housing NZ's development programme and sourcing more homes from community housing providers,'' Mr English said.

Also, it was nearing completion of a programme to rebuild 700 quake-damaged properties in Canterbury, he said.

Earlier, Mr Little visited the Corstorphine Community Hub, where he told about 50 people housing was becoming a major issue across the country and Housing NZ had given up the ghost.

People were moving into private rentals and subsidies were paid to private landlords renting out substandard houses.

He had received support in Parliament for his Bill setting minimum standards for rental accommodation, including some form of heating, proper ventilation and drainage to help stop people getting sick.‘‘We are doing what is needed for families to have decent accommodation.

‘‘We can't claim to be a progressive nation when thousands of people have a roof over their head they cannot call their own. ‘‘At the same time, pay rates and healthcare are slipping by the wayside. How can kids to go school and learn when these things are slipping away? It's not right.''

Salvation Army Dunedin spokesman Captain Ralph Hargest said people were arriving in Dunedin from the North Island because they found it harder to live in the North. He believed the Salvation Army was seeing the tip of a wave of people moving to the South. It had a small amount of emergency housing in Dunedin, providing accommodation at a reasonable rate for people in between houses.

‘‘We are looking to expand that in the future if we find more people are starting to request it. We need to be prepared for that happening,'' he said.

Green Party co-leader Metiria Turei announced a ‘‘Homes not Cars'' policy yesterday that would allow Housing NZ to retain its dividend and refund its tax, freeing up $207million in the next financial year to spend on the emergency building of about 450 new state houses.

Mrs Bennett said the Greens' policy was a slogan, not a plan. Social housing was expensive and the Greens had not put aside funding to put people into those houses.

‘‘The Greens oppose Housing NZ moving tenants out of old homes to put more properties on large, underused sections. Without using existing land, it's not clear how they would build properties in Auckland within their budgeted figure when it costs Housing NZ significantly more.''