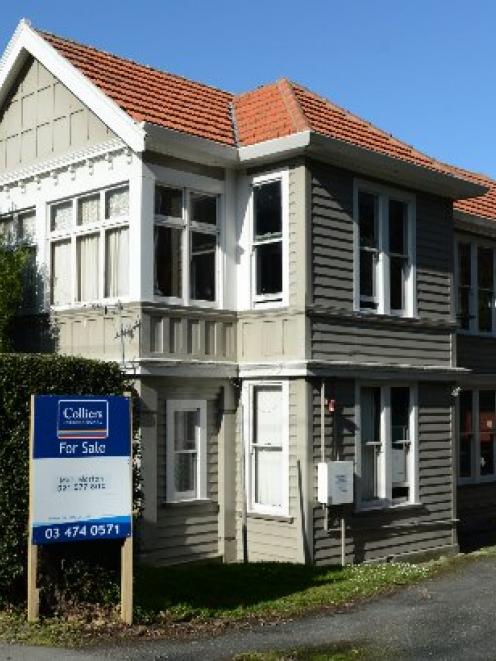 Most interest has come from potential buyers in Auckland, said Colliers International broker Matt Morton, who specialises in student and residential investments.

Some have inquired about changing the building, on upper High St, to student accommodation, he said.

If that happens, existing tenants, including ''lower socioeconomic people'' and beneficiaries, will have to leave.

''People from Auckland are targeting it.''

Most potential buyers want to keep it as rental accommodation but renovation is needed to increase the occupancy rate, he said.

About two-thirds of the rooms are tenanted.

Work on the four bathrooms, kitchen and 30 bedrooms would increase the appeal and occupancy, he said.

If occupancy increased, more rent would be collected, meaning a rent increase to cover renovation costs might not be necessary.

Nearby, landlord Ted Ottrey had been renovating his two boarding houses in Maitland St. He started the work in 2013 to attract better tenants.

''I kicked out all my troublemakers at once.''

Tenants he told to leave had shifted to smaller, colder properties around the city, Mr Ottrey said. The run-down housing stock in Dunedin catered for those with nowhere else to go.

''They find a dirty, grungy house and doss there.''

The news he had expelled some tenants and renovated rooms had not spread as quickly as he had hoped to attract new tenants. Consequently, about 20% of his rooms were empty. Although his rental income was down, he did not regret the decision to renovate.

The rent had increased about $20 a room, but some of that was inflationary, Mr Ottrey said. A room could be rented for between $130 and $170 weekly, including power and phone.