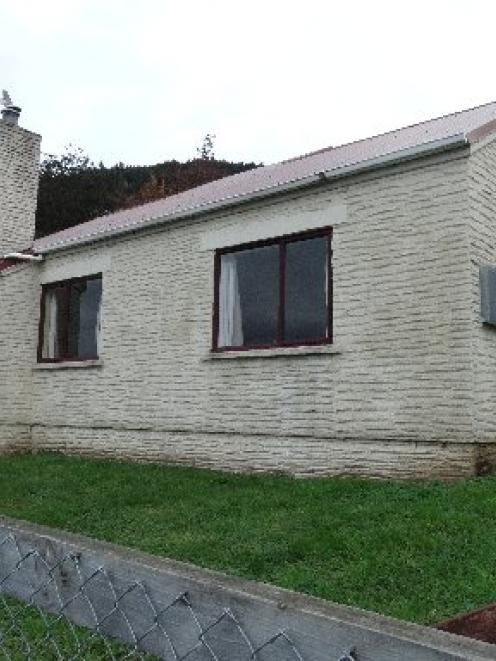 The former Housing New Zealand house on Queenstown's Frankton Rd. PHOTO: DAVID WILLIAMS
A Queenstown social agency manager is outraged a Government house has been sold while there is a housing crisis in the resort.

The two-bedroom house in Frankton Rd, with lake views, sold at auction yesterday for $665,500, after Housing New Zealand said it could not be tenanted.

As well, the Queenstown Lakes Community Housing Trust has more than 300 households on its waiting list.

‘‘That money's not going back to us,'' Mrs Stuart said.

‘‘They're [the Government] never going to be able to afford to buy a piece of land here and build a couple of units, which is what they should be doing.''

She said renters were being moved from houses because of escalating rents and owners putting their houses on accommodation websites to maximise their returns.

Housing Trust executive officer Julie Scott said it was disappointed the Government was selling state houses when there was ‘‘a real housing crisis''.

‘‘It's such a shame that it's gone to waste when it could have been used by a low-income household who genuinely needed it.''

In 2007, the trust bid to manage Housing New Zealand's Central Otago portfolio of about 40 state houses, stretching from Queenstown to Roxburgh and across to Ranfurly, but it was rejected.

‘‘I have got literally hundreds of households who would be delighted to live in that house.''

The 2013 Census reported there were 11,190 private dwellings in the Queenstown Lakes district.

Housing New Zealand owns 15 properties in the Queenstown Lakes district, 10 in Queenstown and five in Wanaka.

Housing New Zealand regional portfolio manager Monique Fouwler said two of those 15 properties were vacant - the Queenstown house which sold at auction and one Wanaka house.

‘‘There has consistently been very low demand for social housing in the region for some time and the property sold today is a good example that highlights that lack of demand.''

Anyone applying for social housing through the Ministry of Social Development (MSD) was assessed for their housing need and placed on its Social Housing Register, she said.

The register data, which was released quarterly by MSD, had also consistently shown low demand for social housing in the Queenstown Lakes district.

‘‘It simply doesn't make sense for Housing New Zealand to retain properties that we cannot tenant.

‘‘As the country's largest landlord, it's much better practice to look at selling them and invest the money in areas where there is demand and the proceeds from today's successful auction will enable Housing New Zealand to do that.''

But Ms Scott said the trust had ‘‘dozens and dozens'' of households on its waiting list who should qualify for state houses.

There had been a longstanding problem with the state housing process in Queenstown, she said.

‘‘We have heard for years how people would ring up Housing New Zealand - now it's Work and Income - and say ‘I'm struggling, I want to be put on the waiting list for a state house'.

They were told there was no waiting list because there were no houses available.

Bidding at yesterday's auction started at $400,000 and bobbed mainly between two men in the room.

Asked to comment on the sale, Clutha-Southland MP Todd Barclay said: ‘‘It's a Housing New Zealand issue and therefore inappropriate for me to comment.''